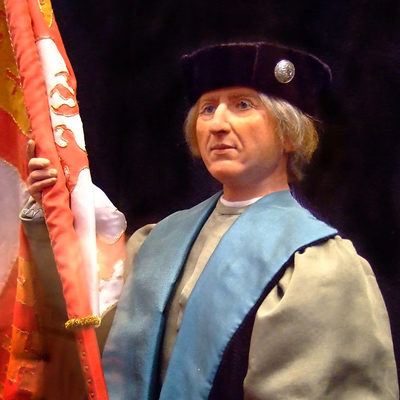 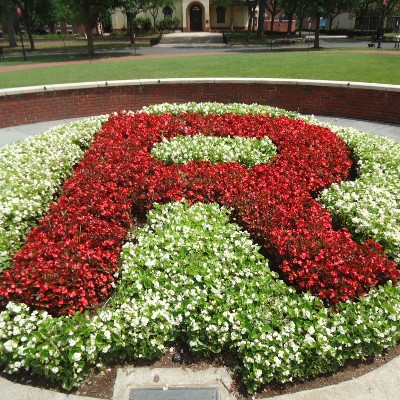 In the contest of all the weak-kneed, wishy-washy moral equivalency cowardly moves, Rutgers University wins first prize this week.

What happened? Well, Rutgers administration sent out an email condemning the recent wave of anti-Semitic attacks in the United States that started just after the beginning of the most recent attack by Hamas on Israel. Fueled on by the rhetoric by the Hamas Squad and carried out by actual horrible people, these attacks have been unprovoked and brutal.

Rutgers did not actually make much of a comment on the current situation between Israel and Hamas in their email by the chancellor and the provost.

Dr. Christopher J. Molloy, chancellor of the university, and Dr. Francine Conway, provost and executive vice chancellor for research and academic affairs, originally sent a message to their students on Wednesday that spoke out against the widely reported increase in hate crimes against Jews.”

“Recent incidents of hate directed toward Jewish members of our community again remind us of what history has to teach us. Tragically, in the last century alone, acts of prejudice and hatred left unaddressed have served as the foundation for many atrocities against targeted groups around the world,” the email said.”

“If you have been adversely impacted by anti-Semitic or any other discriminatory incidents in our community, please do not hesitate to reach out to our counseling and other support services on campus. Our behavioral health team stands ready to support you through these challenging times,” the email, obtained by the Daily Caller, said.”

The email also briefly touched upon the recent conflict between Israel and Hamas, but it did not take a position on the issue as it retained a focus was on condemning anti-Semitism.”

“We have also been witnesses to the increasing violence between Israeli forces and Hamas in the Middle East leading to the deaths of children and adults and mass displacement of citizens in the Gaza region and the loss of lives in Israel” was the only mention of the conflict.”

The Students for Justice in Palestine demand an apology from Chancellor Molloy and Provost Conway for their overt dismissal of the crisis in Palestine, deflecting attention to the Jewish community, and insinuating “hate” be condemned but not their investments in apartheid.

In their complete statement, posted both as a slideshow on Instagram and as a letter sent to the chancellor, they basically whined that the Rutgers leadership made the statement at all without any reference to Palestine. Because obviously, if there are anti-Semitic attacks on Jews in the United States, they should be mentioned! Ummmm, why? Guilty much? Insecure much? Or just plain, old-fashioned “don’t pay attention to the Jews” bigotry?

Since the already addressed antisemitic attack on the Alpha Epsilon Pi house during Yom HaShoah, which occurred prior to global attention on the ongoing forced displacement of Palestinian families from Sheikh Jarrah, there have been no publicly reported acts of antisemitism against members of the Rutgers community as the Chancellor and Provost claim. This statement from the Chancellor and Provost is then unprecedented, and the fact that it comes at such a critical time involving global protests and critiques against Israel’s occupation of Palestine is a decision that cannot be separated from widespread attempts to conflate antizionism with antisemitism and derail Palestinian voices and activism. The statement released by Chancellor Molloy and Provost Conway thus cannot be interpreted as anything other than a deflection from Rutgers University’s role in financially supporting the Israeli state, and thus its human rights abuses and occupation of Palestine, by direct or indirect means.”

Chancellor Molloy and Provost Conway proceed to refer to “increasing violence between Israeli forces and Hamas in the Middle East.” By choosing to center the crossfire between Israeli Occupation Forces and Hamas, rather than Israel’s ongoing occupation of Palestine, the Chancellor and Provost minimize the impact of settler-colonialism on Palestinians and attempt to portray the violence as an equal conflict, which we know it not to be in the slightest.”

Most importantly, the Chancellor and Provost notably neglected to use the words “Palestine” or “Palestinian” in their statement, instead opting to use phrases such as “the Middle East” and “the Gaza region.” This refusal to acknowledge and affirm the existence of Palestine, and thus the Palestinian faculty and students at Rutgers University, reveals the administration’s inability to stand in genuine solidarity with the Palestinian members of its University, a community that is grieving the death of over 200 Palestinians including many women and children. It isolates them and shows that Rutgers does not stand with or support them in their struggle for freedom and liberation, and contributes to the racist efforts of zionists to erase Palestinian identity and existence. If the Chancellor and Provost were truly committed to creating “a safe learning environment that is inclusive of difference” as claimed in their statement, they would stand in active support of the Rutgers New Brunswick Palestinian population AS WELL AS (emphasis in original) its Jewish population, instead of regurgitating empty platitudes via email every few months.”

This would have been the moment for the Rutgers leadership to look at the this group and say, “This isn’t about you or your feelings, or Palestine, this is about attacks on American Jews in the United States.” The administration did not do that. Instead, they rolled over like cowards and groveled.

Chancellor of Rutgers condemns recent anti-semitic attacks — then apologizes for that condemnation, noting that condemning anti-Semitism failed "to communicate support for our Palestinian community members. We sincerely apologize for the hurt that this message has caused." https://t.co/Ngf1d40kSY pic.twitter.com/q4Xa88BPAI

And here we are, back to the “we condemn ALL THE BAD THINGS” and having to recite the mantra that they think anti-Semitism AND Islamophobia are bad things. Where is the current uptick in Islamophobia in the United States? I’m pretty sure that if there had been an attack on a Muslim group of any kind, it would have gotten front-page attention. And I hate to break it to the sweet little darlings at Rutgers, but condemning attacks on Jews is NOT an attack on Islam. Unless you are implying something. What could you possibly be implying, hmmmm? What bigoted assumptions lie behind the warped logic of “if you condemn attacks on Jews, you must be an Islamophobe”?

Well, this move by Rutgers did not go over well with Jewish alumni.

My grandfather was a member of the Rutgers Old Guard. Wore his Rutgers hat until the day he died. Served in WWII, purple heart, to save the world from the Nazis. Molloy and @RutgersU bring great dishonor to the causes my grandfather's generation fought for.

Which then meant that Rutgers University president Jonathan Holloway had to make ANOTHER statement this morning that no, they TOTALLY weren’t apologizing for the thing they were just apologizing for!

Rutgers deplores hatred and bigotry in all forms. We have not, nor would we ever, apologize for standing against anti-Semitism.”

Neither hatred nor bigotry has a place at Rutgers, nor should they have a place anywhere in the world. At Rutgers we believe that anti-Semitism, anti-Hinduism, Islamophobia and all forms of racism, intolerance and xenophobia are unacceptable wherever and whenever they occur.”

And here we are again, with “all bad things are bad and we don’t like bad things. Yay, Rutgers!” See, they even tossed in “anti-Hinduism” this time!

Thank you to the administration at Rutgers University for putting on full display their moral cowardice, and their inability to withstand pressure from the vocal woke student groups. Perhaps parents thinking about paying the tuition rates at your university will be enlightened by this story, and maybe choose to spend their thousands and thousands of dollars somewhere else, where turning tail and apologizing when a student group demands it, doesn’t happen.