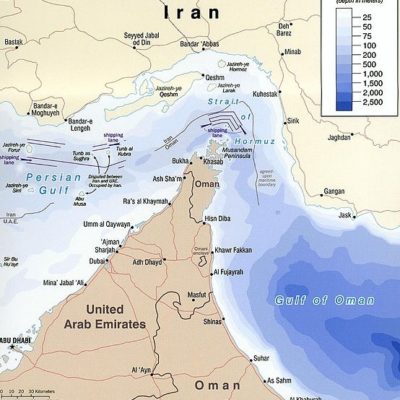 Rural white Americans are a bunch of ungrateful losers according to David Atkins, California’s regional director of the Democrat party. This was in response to the Trump Squad girls feud, I think. However, given that condescendingly prejudiced twitter blast, I’d say his snobbery is a feature, not a bug.

You know who is not grateful enough? Rural white Americans.

They are heavily subsidized, drowning in federal largesse, blessed with political affirmative action & overrepresentation, have all their bills paid by cities and blue states, but they whine and yell constantly.

Where oh where to begin?

Heavily subsidized: Well, there are and have been farmers across the country that received government subsidies for corn, wheat, beans, or other agriculture products. Does that mean ALL farmers are subsidized 100% by the federal government? No. Most if not all the farmers and ranchers I grew up with, including my folks have NEVER applied for a gov’t subsidy.

Rural: *grows food.*
Urban: we want that
R: we’ll sell it you you
U: ok but we have these FDA regs you need to follow.
R: we can’t afford all that
U: we’ll subsidize you
R: ok
*more federal regulations on food/transport*
R: Umm we can’t afford that
U: YOU UNGRATEFUL BASTARDS! https://t.co/XyaoicVzdt

‘drowning in largess:’ Exactly who in rural America is benefitting from the federal government’s largess so much that it’s overwhelming? Please, show me who and where. Hmmm, I wonder if he means those on welfare? David, there are a LOT of people on welfare in that very BLUE state of California that you reside in. In fact, it’s one of the reasons California’s debt is out of control!

‘bills paid by cities and blue states:’ I laughed even harder at this one. I had NO idea that the budgets for Portland, LA, New York City, Seattle, Houston or Chicago were such that they could handle doling out monthly paychecks to all of us rural whites! Who knew??!!

David firmly believes what he tweeted. He looks down his nose at all of us who grew up in rural America because you see, he’s an elite and we …aren’t. Why? Because too many of us deplorables (thanks a lot Hillary) voted for Trump.

He conveniently forgets that it is rural white Americans who feed this country, have gone to war FOR this country, and have been caretakers of this great land.

But Davey doesn’t care about that. And, when called out, he dug a deeper hole.

Isn’t he just something y’all! We are bigoted entitled stupid people because we don’t march in lockstep with the Democrat party. How DARE WE??!!

“In many ways, the greatest polarization in the country today is along class, not racial, lines, especially between lower- and middle-class whites and rich, coastal-elite whites — as we were reminded by Hillary Clinton’s recent disdain shown the “deplorables” and “irredeemables.”

One of the strangest elements of the American obsession with superficial appearance is the habit of very well connected and affluent whites faulting poor whites for their “white privilege.”

Do not underestimate the Trump voter. When they channel-surfed cable news, or heard of the antics that took place on college campuses, or saw street-theater demonstrations on television, they boiled at the idea that they had often worked at minimum wage, saw their jobs outsourced, never discriminated against anyone, and yet were being damned by smug youth who in a few years would draw on their college B.A. cattle brand, their parents’ lobbying, and the good-old-boy network of being rich, white, and from the proper zip code to inherit their rightful place in business, investment, politics, entertainment, the media, or the university. Google all the rich, white, privileged pundits who at one time or another, both in jest and in all seriousness, have called to deport the deplorables and in their stead give amnesty to illegal aliens or import “better” people from abroad.”

Yes, for David, we rural Americans (5th generation rancher’s daughter here), we WHITE rural Americans are indeed deplorable and irredeemable in his eyes. His smug superiority echoes that of far too many Democrats who are turning once decent cities into cesspools of crime and filth all in the name of political correctness. His egotistical lecture ignores the fact that it is the Democrats whom he has aligned himself with that are part and parcel of the problems we are facing across this Republic.

But don’t you dare call him out for his conceited dreck.

Oh look, now conservative twitter has its pants in a twist.

But too many vote for racists.

David, quite frankly, is an ungrateful ass who thinks he’s superior to all us who had the temerity to vote for Donald Trump instead of their chosen queen, Hillary. He believes that by insulting rural white Americans, we will suddenly see the light and vote Democrat. Good luck with that Davey boy.