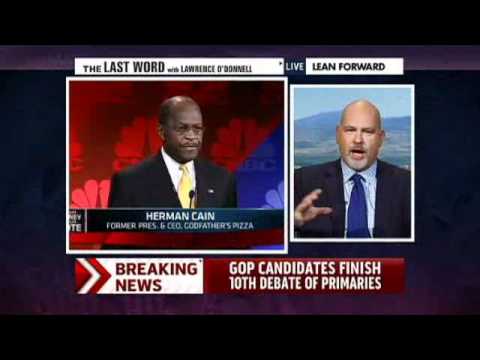 Well, I guess it’s better we know now rather than later:

“Perry is working with Henry Barbour, whom conservatives want the Republican National Committee to censure for his group’s smearing of conservatives in the Mississippi Senate runoff, and Steve Schmidt, who has elevated his profile by maligning conservatives, especially former Alaska Governor Sarah Palin.”

“Other advisers to Mr. McCain have scurried into obscurity. By contrast, Mr. Schmidt — television commentator and public relations executive, delivering speeches and wisdom on the politics of the day — has a higher profile than ever, and stands as evidence that there may be little cost to being associated with a losing campaign and a disastrous political misjudgment, as Mr. Schmidt now describes the Palin selection.

Mr. Schmidt, who walked the red carpet at the Washington and New York openings of HBO’s “Game Change,” has become a minor celebrity in nonpolitical circles: Mr. Harrelson, in an interview last week, described him as a “buddy” and recounted how he persuaded Mr. Schmidt to be his date to the White House Correspondents’ Association Dinner in April, and to the exclusive pre- and after-parties, no matter that the night happened to fall on Mr. Schmidt’s wedding anniversary.

“We went everywhere together,” Mr. Harrelson said. “We would be at a party, and people would say to me, ‘You know the guy you played is over there.’ And I was like ‘Yeah, I know. I came with him.’ At this point, I feel quite fond of him.”

Mr. Schmidt is the vice chairman for public affairs of one of the world’s biggest public relations firms, Edelman. He is a regular commentator on MSNBC, which has installed a remote camera in his sprawling rustic home. He is quoted on TV and in newspapers, including The New York Times.

Mr. Schmidt even had lunch in the White House mess with David Plouffe, President Obama’s senior adviser who raves about his politics skills, and had his photograph taken with the president.”

I had high hopes for Rick, but if this is who he hires as part of his legal and campaign “team”, I’d shudder to see his cabinet appointees.

And by the way, has Rick watched this video?  If he did, he might want to watch again while wearing his new cool glasses:

Governor Rick Perry has made a huge mistake.  Americans are in no mood for this political gamesmanship nonsense.  We need a serious,  truly conservative candidate to run for President who does not have time for the likes of a duplicitous Steve Schmidt.  We don’t want any more slick, double dealing, back-stabbing, celebrity worshiping  kingmakers and PR teams determining Presidential candidates.

I fear that Governor Perry is as star-struck as Woody Harrelson.

And we all know what star-struck got us, right?