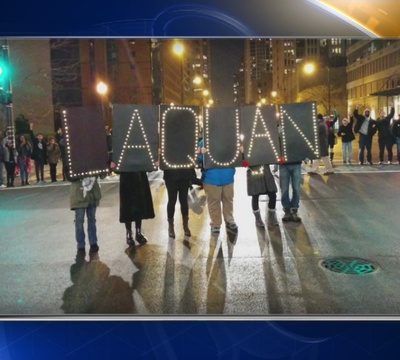 See most recent UPDATES to this story at the end of this post.

There are breaking reports of an active shooting situation at a Planned Parenthood in Colorado Springs.

#BREAKING: @kktv11news confirms an active shooter at Planned Parenthood in Colorado Springs. We have crew on the way.

There are confirmed reports of officers being shot as well.

#Breaking: We just confirmed through law enforcement that an officer was shot in the hand. https://t.co/mBTQx6pIvo

There are unconfirmed reports of one dead and four injured as well, and multiple outlets are reporting that the shooter is barricaded inside.

Listening to Colorado Springs police scanner – very serious: "The shooter is in a barricade situation inside the Planned Parenthood."

Victory Girls will be posting updates as we hear more about the ongoing situation.

UPDATE 2:55 PM ET:
There is a report coming out that the shooter may have been aiming at passing cars while in the Planned Parenthood parking lot.

Police reported in a tweet just after 12:30 p.m. that a gunman was shooting at passing motorists near the intersection of Centennial Boulevard and West Fillmore Street.
The Planned Parenthood location is just north of that intersection at 3480 Centennial Boulevard, but it had not been confirmed early Friday afternoon if their building was the target of the gunman.

If this is true, the shooter may have barricaded within the Planned Parenthood to just get away from police. There is no further confirmation on injuries.

UPDATE 3:05 PM ET:
Fox News is reporting that a third police officer has also been shot. Other media is confirming that.

The reports on the number of injured are fluctuating.

To Hell with the reporters DM’ing the guy still trapped and tweeting police for help from the Colorado Springs active shooter scene.

Twitter is bringing out the trolls at the moment.

Not many facts yet, but looks like #RightWing "Christian" #terrorism this Thanksgiving weekendhttps://t.co/stS97P6QBD

Authorities describe Colorado Springs PP shooter as white man in his 40s, which doesn't sound like any Syrian refugee I've ever heard of.

When are we going to do something about all of these white, Christian terrorists? https://t.co/vQ9tTZ0csf

There is a preliminary report on the suspect.

One officer said on his radio that the gunman shot out the back window of his cruiser as the officer tried to “get a look at him,” the paper reported.

A dispatcher said the gunman wore a long coat with a hunting-type hat, the Gazette reported.

There is no official confirmation on the suspect’s age or race as of yet.

UPDATE 3:55 PM ET:
The media is actively walking back the “at” to “near” the Planned Parenthood.

Clarification: The active shooter in Colorado is near the Planned Parenthood, not inside of it. https://t.co/Cuk9GlNa7v

The clinic is near a strip mall.

It's a STRIP MALL, MEDIA. A strip mall that has numerous business, not just Planned Parenthood.

Final headline: “Shooting in town that has a Planned Parenthood”

And police are now saying that there is no Planned Parenthood connection.

“Colorado Springs police says there is no connection to Planned Parenthood” https://t.co/7z86fKuaMr

The initial 911 call about the shooter came from the Planned Parenthood, which accounts for the initial media reports. However, it is now looking much more likely that the shooter was targeting the shoppers at the strip mall. Police are also now cautioning that they do NOT know where the shooter is.

CNN: RT CNNnewsroom: JUST IN: Police: "We can't confirm where the shooter is at at this point" Colorado Springs https://t.co/QFDmHLX2Wu …

Which means that the “barricade” story is either untrue, or the shooter was able to slip out. Either way, this is still a developing situation. Pray they find the shooter quickly.

UPDATE 4:20 PM ET:
The shooter is still on the move and active.

And local media may be giving away police locations, so other media are trying to call them out.

@KyleClark @stantonanleu We are reporting from scanner in effort to provide updates to the public.

This is what was tweeted:

chatter: Is anybody in the safe room? We are in contact with one of the 3 hiding. (They're going to hide in the back closet.) @csgazette

chatter: We're on the hill west of King Soopers. We're on top of Chase Bank. Third floor window to the north – might be shooter. @csg

One of the Gazette reporters is tweeting everything they are hearing off the police scanner. How is that even remotely responsible?

This is how “active” crime stories are now reported.

UPDATE 4:40 PM ET:
A quick police press conference update just reported a fourth police officer has been injured in the most recent exchange of gunfire.

There is still no firm number on the civilians injured.

And the police spokesman has confirmed that the shooter is moving around INSIDE the Planned Parenthood building, where police exchanged shots.

Hopefully the shooter can be taken down quickly now without more injuries. It is looking more and more like the Planned Parenthood building became a quick hideout, rather than the target.

UPDATE 4:50 PM ET:
One local hospital is confirming that they have received 5 patients from the shooting; no word on if they are police or civilian victims.

Penrose Hospital has received a total of 5 patients. We will keep you posted as we learn more information. #CentennialBlshooting

Fox News is reporting that civilians are being taken to safety.

This is a brutal, fluid situation that is ongoing. It gives a feel of a deadly version of hide and seek, as the shooter is continuing to evade police throughout the building.

UPDATE 5:40 PM ET:
Planned Parenthood of the Rocky Mountains has released a statement:

Statement from Planned Parenthood of the Rocky Mountains regarding #CentennialBlShooting pic.twitter.com/ocbDL6H4nP

There are new reports that the police have engaged the shooter yet again:

Penrose Hospital is reporting that they have received another patient:

Penrose Hospital now has a total of 6 patients. We will keep you posted as we learn more information. #CentennialBIShooting

And the Colorado Springs police is reminding people that they have NOT released any suspect names to the media, so if any are being reported, they are pure speculation.

The next police press conference is scheduled to be at 4 pm local time.

Lt. Catherine Buckley of the Colorado Springs Police Department told a late afternoon news conference that the gunman, described as wearing a long coat and armed with a rifle, had begun firing from inside the building after a roughly 90-minute lull. “I can’t say the number of injured or how many casualties, if any,” she said.

Buckley also said a fourth officer was wounded Friday inside the Planned Parenthood building in the latest exchange of gunfire.

Local hospitals were reported treating at least seven injured from the shooting.

The police anticipate that this crime scene will be active for the next several hours, as the gunman brought items with him that will need to be cleared in order to make the building safe. Lt. Buckley also confirmed that the shooting began at the Planned Parenthood, and did not start as a bank robbery (there is a bank located nearby), but whether the Planned Parenthood was the target or the eventual hideout is the big question. Nine people are reported as being treated at hospitals, via the Gazette, and Lt. Buckley said that they are continuing to evacuate the building, but would not confirm that there are any hostages.

The entire update from Lt. Buckley can be viewed here.

UPDATE 7:50 PM ET:
The suspect is in custody after surrendering.

Image via @ACrossPhoto of man being led away in handcuffs from Planned Parenthood scene: https://t.co/z9SkZJ5RQg pic.twitter.com/iTfNelcRg0

A gunman surrendered to police at 4:52 p.m. Friday outside a Planned Parenthood in western Colorado Springs after an hours-long standoff all afternoon.

This crime scene is going to take hours, if not days, to go through. It is also going to take a lot of time to figure out motives.

Lt. Catherine Buckley: “To even speculate on a motive would not be reasonable.” #ColoradoSpringsShooting #Greta pic.twitter.com/teODUwyG6A

There are unconfirmed reports at this time that one police officer and one civilian were killed.

Sources tell 9NEWS two people were killed in today's shooting in Colorado Springs. One police officer and one civilian.

We will continue to post updates on the condition of the victims as we learn them.

Federal sources confirm that a law enforcement officer was killed during today's shootout at the Colorado Springs Planned Parenthood clinic.

No word yet on any civilian deaths.

4 civilians and 5 officers transported to hospitals with gunshot wounds. All are in good condition.

The fallen police officer was with the University of Colorado, Colorado Springs police department, and has been identified as 44 year old Garrett Swasey.

Pray for his family, and for the families of the other victims.