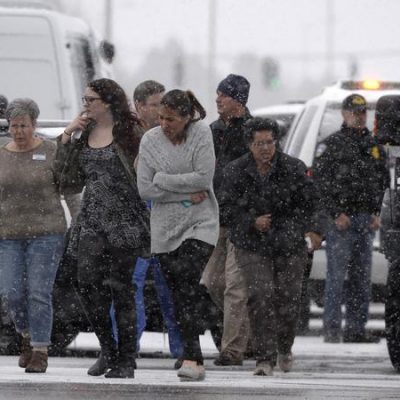 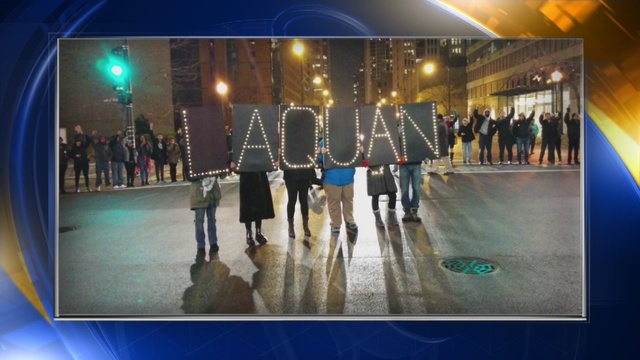 Chicago protestors angry about the shooting death of Laquan McDonald at the hands of police are determined to destroy Christmas for everyone in the Windy City.

Two days ago they ripped off lights adorning a Christmas tree in Chicago’s Millennium Park.

Today, on Black Friday, they are marching down Michigan Avenue in Chicago, the site of the upscale Magnificent Mile shopping district. Businesses are reported to be shutting their doors.

Meanwhile, at the same time these protestors were making life miserable for people who just want to shop, Chicago police announced that they have charged two suspects with first degree murder in the execution slaying of 9-year-old Tyshawn Lee.

Tyshawn Lee was a little Chicago boy who was lured into an alley and shot to death on November 2 by a gang member who was a rival of his father.

Will BlackLivesMatter protestors march on behalf of little Tyshawn Lee? Don’t count on it.

We will not let you use the dead bodies of our children to demonize us. #BlackLivesMatter
#TyshawnLee

You can't discuss gang violence without acknowledging the racist and capitalist factors that have historically shaped it. #TyshawnLee

Nope. Doesn’t fit the narrative, as one person pointed out.

Yes, indeed. If the definition of stupidity is doing the same thing over and over again expecting different results. . . well, I’ll let you draw your own conclusions about Chicago voters.

As Robert Tracinski wrote in The Federalist this past week about the shooting death of Laquan McDonald, “the real grievance is the total contempt the city government of Chicago has always shown for its citizens.”

Take the way the city government refused to release the video for 13 months. McDonald was shot in October of 2014. What happened between then and now that might have motivated the city to suppress the video? Oh, yes, Mayor Rahm Emanuel, President Obama’s former chief of staff, faced an unexpectedly close re-election. You can see why he wasn’t eager to have anything rile up the voters at such a delicate time.

And, on cue, the Chicago voters re-elected Emanuel.

I believe that Chicago’s blacks have every right to be angry about the shooting of Laquan McDonald. A 17-year-old should not have 16 bullets fired into him, especially when it appeared he was walking away from the police. They have every right to be infuriated over the year-long coverup. But Chicago has been maintained by a corrupt Democratic machine for decades, and Chicago Democrats have no concern over their black constituents until it’s election time. A lesson should be learned, but considering that this is Chicago, it never will be. And the decline of a once-magnificent city will continue.