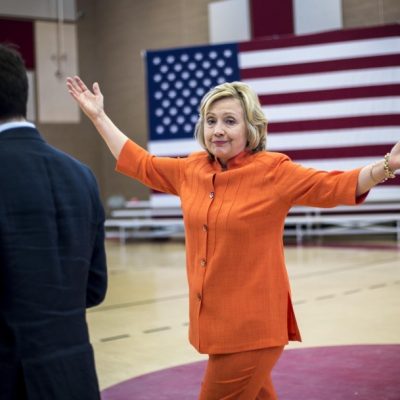 Next post
Quote of the Day: No, Donald Trump is Not Going to Suddenly Become Presidential 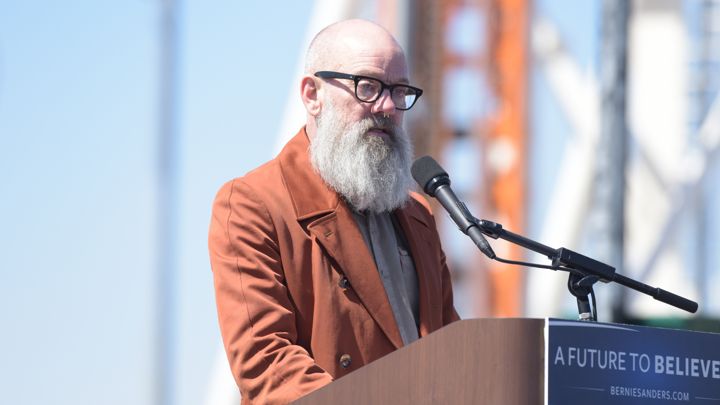 Because celebrities can. Musicians can. And what’s beautiful about this country is that even when musicians and celebrities slink back into the woodwork, they can still come out on occasion and voice their opinions and attempt to be relevant. Take this one from REM’s Michael Stipe who apparently thinks college should be all about Shiny, Happy People Holding Hands and that concealed carry laws have no place on the college campus.

Stipe wrote an op-ed for USA Today to appeal Georgia governor, Nathan Deal to veto HB 859, which will allow carrying and possession of certain weapons in certain buildings or real property owned or leased to public institutions of postsecondary education:

For us and for so many others, college is this incredible moment when you get to make mistakes and learn from them. You start becoming an adult. You get to delve into what you love and get obsessed with it. You go to parties and drink too much. You fall asleep in the library and wake up hours before a paper is due. We all have our own versions of these stories. We all know the crazy things we did in college. Some moments we regret and others become the stories we tell time and again.

Like many other Georgians, I am worried about how guns on campus would affect college life. I worry about what it means when loaded guns are allowed at a tailgate where alcohol is being served. I’m concerned for survivors of sexual assault, who may soon have to face an armed assailant at the time of the crime and again at their disciplinary hearing.

I’m worried about classrooms. If students are debating a contested subject – which is crucial to learning and expanding their worldviews – I worry what will happen to that open and honest conversation when the participants know that the people around them could have loaded guns in their backpacks.

When similar legislation passed in Texas, renowned professors left – refusing to teach with guns forced into their classrooms. Six of the major universities and university systems in the state estimated a combined cost of $56 million over six years to prepare for guns on campus. Cash strapped Georgia schools simply can’t afford this.

You can read the whole op-ed here if you so choose.

Stipe is worried about these delicate little snowflakes. He wants them to continue their blissful, sheltered existence in the bubble of academia. You know, where they can spout off about what they know and how they actually think the world works? Where they can go to parties, drink too much and fall asleep in the library? Where they can just not “adult” for another four or so years? And now, we’re bringing (GASP) guns into the mix? He probably shouldn’t be at all concerned about them carrying guns because in truth, these cupcakes freak out at the sight of chalk!

He worries about the classrooms and spirited debate. He worries about sexual assault victims who may be held at gun point without even a consideration that if perhaps the potential victim carried, that assailant would think twice. He is concerned about the education of these precious gems because “renowned” professors may exit stage left because of gun laws? Well, this could be a blessing in disguise when we think about some of the bile that is coming out of our college campuses today. To Stipe, this is the end of the world as we know it. We’ve got our Concealed Carry permits. And we feel (mighty) fine.