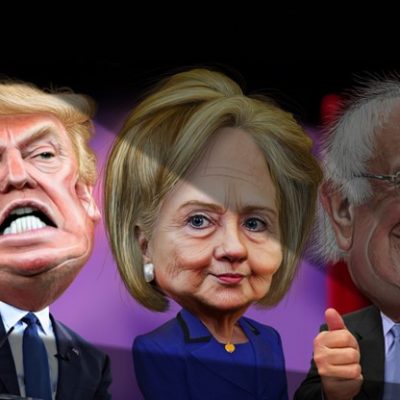 Quote of the Day: When Hysterical Feminazis Strike

Next post
Is Trump A Hypocrite Regarding Foreign Workers?

Quote of the Day: When Hysterical Feminazis Strike

Earlier this month, clothing retailer Lands’ End featured an interview with pro-abortion radical feminist Gloria Steinem. They also announced that for every tote sold monogrammed with “ERA”, for equal rights amendment, they would donate $3 to Steinem’s organization, Fund for Women’s Equality, Inc., and in their catalog, printed a three-page photo shoot and article all about Steinem. Lands’ End dubbed Steinem one of their “legends”. And the backlash was swift. Thousands of angry customers protested, and the outrage was so pervasive that Lands’ End was forced to apologize. They scrubbed the interview and photoshoot from their website, although the ERA monogram is still available. Unsurprisingly, this made the harpies at Jezebel very, very angry.

The Stream declares: “Once Family-Friendly Lands’ End Catalog Celebrates Abortion Radical Gloria Steinem.” LifeNews (come on, they wouldn’t miss this party) goes into great detail about the dreadful dangers the ERA would pose to anti-abortion legislation. The story even got the Erick Erickson signal boost/batfetus.

… The company’s bevy of conservative customers has gotten them in hot water before; just look at the furious 2014 freakout from customers who did NOT appreciate that scandalous free copy of GQ. (They also do a brisk school uniform trade, including Catholic and other private Christian schools.) But at this point the Internet shitstorm is underway and there’s not much Lands’ End can do to stop it. Might as well just—ahem—lean in, right? Lands’ End does indeed appear to have responded to this onslaught by totally scrubbing the offending interview. The cached original was up briefly, but good luck finding it on the website or in the online catalog.

Jezebel summed up the issue themselves: the company’s bevy of conservative customers. Lands’ End does not have a progressive, hip, abortion-loving demographic. Rather, the people likely to buy from Lands’ End are middle-aged adults with children. The entire purpose of Lands’ End is to sell their clothing, so why on earth would they choose someone like Gloria Steinem to be featured as a “legend”? Who at that organization really thought that, given who their typical customer is likely to be, Steinem would be a good idea? Let’s have a refresher of some of Steinem’s greatest hits:

“The surest way to be alone is to get married.”

“Women have two choices: Either she’s a feminist or a masochist.”

“I think the person who said: ‘Honey, if men could get pregnant, abortion would be a sacrament’ was right.”

And then there was this notorious phrase, which Steinem did not actually invent herself, but was the one to make it famous:

“A woman needs a man like a fish needs a bicycle.”

Steinem and Jezebel both seem to enjoy insulting any woman who doesn’t toe their liberal extremist line. The fact of the matter is, not all women are pro-abortion (only about half, actually), and among the half that do consider themselves to be “pro-choice”, they often only support abortion in the first trimester. The extremism of making abortion a sacrament and decrying any woman who doesn’t worship the ground they walk on isn’t appealing. Why would it be? Who would want to align themselves with a group of people that ridicule you and your beliefs every chance they get?

It’s because of women like Steinem, and the shrill feminazis at Jezebel, that women are less and less likely to identify as “feminists”. The latest research shows that less than a third of women identify as feminists; the reason given? Today’s feminists are “too extreme”. According to Steinem, all of these women are apparently masochists, because Steinem and her feminazi ilk are the arbiters of how women should think and can define what women believe in.

Given all of this, how could anyone possibly be surprised that Lands’ End customers, a large number of whom are women, would be angry at calling Gloria Steinem, who insults women for not walking in lockstep with her, a legend? 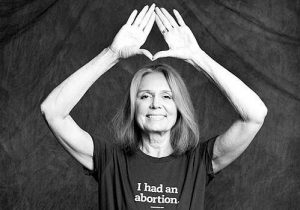