Pete Stark is a sanctimonious jerk

Pete Stark is a sanctimonious jerk 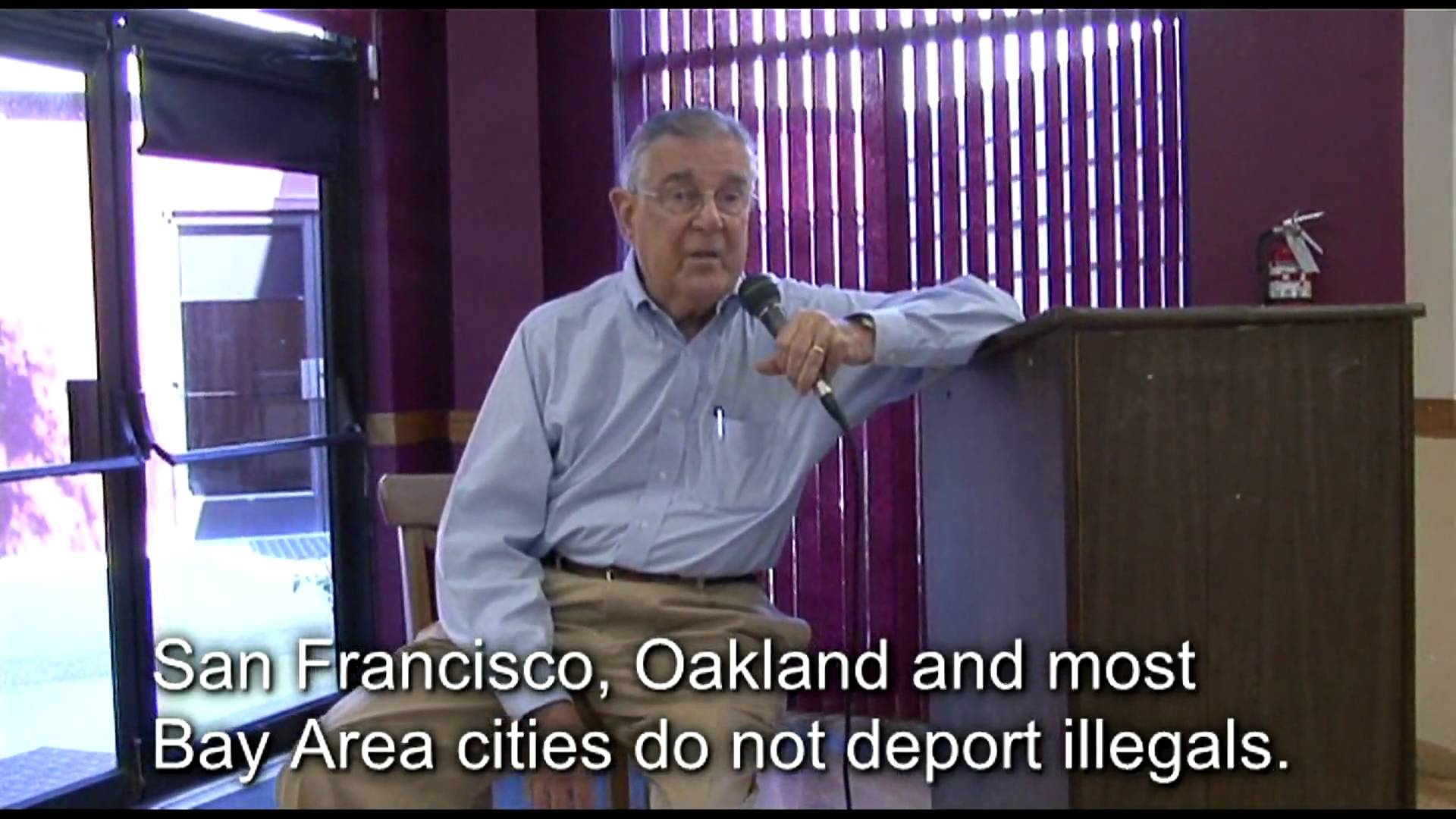 I know, I know — tell you something you don’t know, right? Pete Stark has always been completely unhinged, so it isn’t exactly a surprise that he would be a total jerk to his constituents. Stark held a townhall where a member of the northern California Minutemen were present. When asked about border security, Stark snapped back at the constituent, asking him, “Who are you going to kill today?”

Michelle’s got the video.

This video makes it very clear. Pete Stark is a sanctimonious jerk. He may not like the minutemen, but they’re his constituents and they’re American citizens. They deserve to be treated with respect. Yet Stark is treating them like something that he scraped off of his shoe, all while avoiding answering the question about why the federal government won’t secure the border.

When pressed, he finally gets around to giving an answer. The constituent asks about why our porous borders are not being secured, and Stark answers, “If – if you knew anything about our borders – you would know that that’s not the case. Our borders are quite secure, thank you.”

Stark then acknowledges that people are flowing into our country at an alarming rate, but somehow, we’re supposed to still think that our border is secure. It’s nice to know that Stark can sneer at such a serious issue. All you need to do is look at Arizona to see just how bad the situation has become. Phoenix is the kidnapping capital of the country. Drugs are getting smuggled in every day. Human trafficking is flourishing. The federal government knows this — they’ve been posting signs telling people to stay away from the border in an acknowledgement of how dangerous and volatile the situation is. 3,800 acres in Arizona are closed to Americans because of violence and drug smuggling dangers. Outside of Arizona, one only needs to know the phrase MS-13. It’s one of the most violent and dangerous gangs in the world, and it’s also the fastest growing gang in the United States. Our border is a problem, and elitist jerks in DC like Pete Stark mock constituents for wanting the problem resolved.

The thing is, Pete Stark (and really, most of the politicians in DC) thinks that he’s smarter than his constituents. They don’t want to be held accountable for their actions — or for their inactions. It’s why so many Democrats refuse to go to townhalls. It’s why Pete Stark was so condescending and snarky when asked legitimate questions by his constituents. They’re so cushioned and comfortable in DC that they can’t understand what life is like in the real world, they can’t understand the concept of accountability and being responsible for the decisions they make. They want to be able to do whatever they want and remain insulated forever in their ivory towers. They don’t like that the chickens are coming home to roost. Stark can be as sarcastic as he wants, but the truth remains that the first job of government is to keep its citizens safe, and so far, they have failed us.

Perhaps Stark and politicians like him should try living in Arizona on the border. Maybe they could do so without all of their security, and they could see what the little people have to deal with every day. Maybe then, Stark would be singing a different tune.