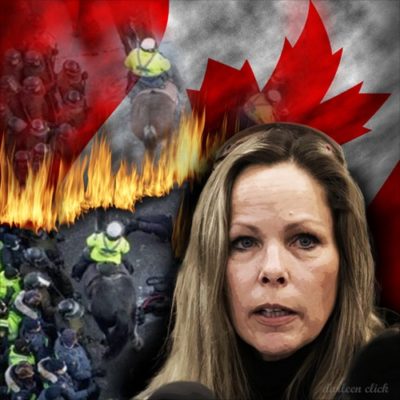 Previous post
Tamara Lich Accused Of Pre-Crime, Gets No Bail 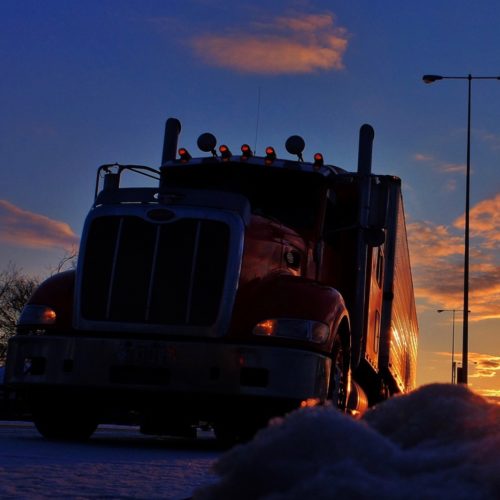 Washington D.C. is already wrapped in fencing ahead of the March 1 State of The Union and the Pentagon is set to deploy National Guard troops ahead of The People’s Convoy which kicks off today in California.

According to this, The Pentagon is expected to approve the deployment of 700 to 800 unarmed national guard troops to the nation’s capital. Why is the National Guard being deployed? Take a look:

“All this traffic and all this mess”, says the reporter. “Jamming up the Beltway can cause a lot of problems”, she says.

I mean, D.C. traffic is already a nightmare, The People’s Convoy will ensure even more traffic tales of woe for Beltway commuters. But to organizers Marcus Sommers and Maureen Steele, the convoy is a necessary form of protest for 23 months of COVID lockdowns, restrictions and mandates.

The last 23 months of the COVID-19 pandemic have been a rough road for all Americans to travel: spiritually, emotionally, physically, and – not least – financially. With the advent of the vaccine and workable therapeutic agents, along with the hard work of so many sectors that contributed to declining COVID-19 cases and severity of illness, it is now time to re-open the country.”-The People’s Convoy

The National Guard will be on-hand to provide a “peaceful, calming presence” and route traffic should convoys clog things up. No news outlets to speak of are scoffing at The Pentagon’s decision to deploy the Guard, though, which I thought was curious. And thus, we flash back to the Summer of 2020. Remember how Democrats were all bent out of shape about Trump deploying the National Guard in cities that were being torched and looted during the “mostly peaceful”, George Soros-funded, George Floyd protests?

President Donald Trump recently took the drastic step of sending thousands of National Guard troops to Washington, D.C. They were not sent to repel a foreign attack on the nation’s capital but to mobilize against American citizens peacefully protesting the senseless killing of George Floyd.”-Sen. Tom Udall and Rep. Jim McGovern

And we won’t event talk about the federal law enforcement officers Trump sent to Portand, Oregon that resulted in “mayhem and injuries to non-violent protestors”. No words about how AntiFa thugs have completely ruined this city, rending it uninhabitable forcing even liberals out but, the narrative drones on…

All to “stage photo-ops and prop up a floundering campaign”, as that story goes.

The difference in the Trump Administration’s deployment of National Guard forces and The Pentagon’s current plan to deploy The National Guard ahead of The People’s Convoy? If we read between the lines here, we’re talking sheer intent. Clearly, Trump meant to stoke the flames and his intentions for mayhem and destruction were apparent when he called in the troops. The reason The National Guard is being called in now? Well, we wouldn’t want another January 6th, now would we? Just ask The Guardian…

Lingering memories of that debacle have fueled a heightened sense of anxiety and speculation over the coming convoys.”-The Guardian

Looks like AOC will have to go lock herself up somewhere again. She may have flashbacks to when she was sexually assaulted. All of these truckers must be coming to D.C. because they want to sleep with her after seeing her boyfriend wears Birkenstocks. The horror!

Or, just spitballing here, they just may be sick and tired of the utter BS most average, working Americans have been subjected to for almost two years.

The US convoys seek an immediate lifting of what they say are heavy-handed government pandemic restrictions such as mask mandates and vaccine requirements. The American Truckers Freedom Fund website says the group is protesting ‘the unscientific, unconstitutional overreach of the federal government’.”-The Guardian

Of course, they would say that. Got to wrap a nice, little liberal, journalistic bow on this piece somehow, right? And nothing says this better than calling the blue-collar working class truckers out on their protests of mask mandates and vaccine requirements! Reading between these lines-The Guardian is basically saying the “dumb, redneck, anti-science bunch” is coming to D.C. We must recite the “science” and tell our readership that “Vaccines have proven highly effective at preventing Covid-19 infections, especially serious illness and death, and high-quality masks offer strong protection against spreading or contracting the disease, blah, blah, blah, blahbity blah.” Wouldn’t want to be considered a slack-jawed yokel or anything for disagreeing with this “science” now, would you?

The People’s Convoy represents the workers who traveled both night and day to stock grocery stores at the beginning of lockdowns in 2020, to deliver medical supplies to our healthcare professionals. This convoy represents working-class America. But “News” outlets like The Guardian will claim The National Guard is coming to aid in D.C. in fear of “another January 6th” and allude to assumptions that these people are uneducated and unhinged. The sheer condescending tone drips like hell here.

We’re going to have thousands of trucks involved in this convoy By the time we hit D.C., it’s going to be thousands.”--Maureen Steele, The People’s Convoy

Good. I can honestly say that I do hope the protests are peaceful and no one gets hurt. I can also honestly say that I hope they cause “all the traffic and all the mess” and make the liberal news anchors miss their gym and Botox appointments. I hope the Beltway commute is ever more miserable for anyone who voted Blue. And yes, I hope our President turns off The Price Is Right for a moment and watches as this all unfolds. And I hope “Dr. Jill” has another spare adult diaper standing by. 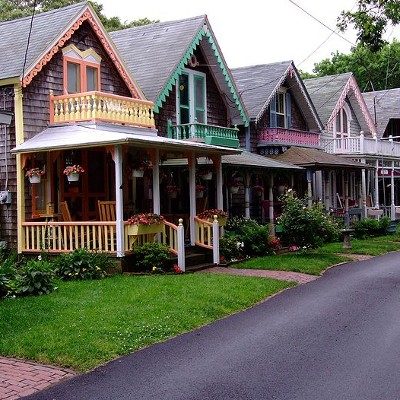