Previous post
From the VG Bookshelf: The State and Revolution (Part 6)

Ocasio-Cortez, the gift that keeps on giving

Next post
What Democrats Used To Say About The Border [VIDEO]

Ocasio-Cortez, the gift that keeps on giving 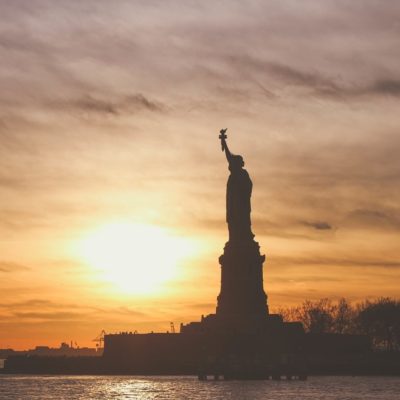 by Amanda Green in politics 22 Comments

Leading up to last night’s address by President Trump, liberals across the land did their best to find ways to distract, disrupt and confuse what he might have to say. Don Lemon suggested the speech be broadcast on a time delay to allow the media a chance to “edit out ‘propaganda'”. Democratic leaders demanded the chance to give a rebuttal, as if the media wouldn’t come begging them to do just that. Others suggested not airing the speech at all. Laughable as all that is, worse was the response by Nancy Pelosi and Chuck Schumer. At least they gave social media something to laugh at. Not to be outdone, Alexandria Ocasio-Cortez just had to have her say and she did not disappoint, at least not if you enjoy shaking your head and wondering what in the world she was talking about.

This is the same freshman congresswoman who, in a 60 Minutes interview this past weekend said too many people focus on being factually right instead of morally right.

Pardon me while I laugh hysterically. When you have liberal Hollywood icon Whoopi Goldberg telling you to sit down, shut up and listen for a change, Ocasio-Cortez should do just that. But noooo. She has to have her say. Like a spoiled child who never learned there are consequences to her actions, she continues to elbow her way into the spotlight. Heaven forbid someone who might actually know something about the topic gets to speak before, during or after her.

Instead of taking Whoopi’s advice, Occasional-Cortex had to have her say last night after Trump’s speech. No, she wasn’t part of the Democratic Party’s official response. Like any schoolyard bully, she had to make sure all eyes were on her. As a conservative, it is fun to watch the different factions of the libs butting heads. But, it is also frightening because the media loves AOC and I find myself wondering if we are falling into their trap by focusing on her. Are we letting them use her as a distraction while the leadership does what it wants?

More on that in a bit.

Last night, she had to get here digs in and MSNBC was right there, spreading the word. Just like the good little media monkey it’s proven to be.

WATCH: Alexandria Ocasio-Cortez delivers impassioned response to President Trump’s address: “The president should be really defending why we are funding [ICE] at all … right now, what we are seeing, is death.” https://t.co/Cg0FuWKYAv

So, what does AOC list as the very first problem of the shutdown? Not all the out of work federal employees. Not the fact government programs are being slowed or shuttered. Not the fact border security is being further compromised. Oh no. She can’t get laptops for her people on the ground in the Bronx so they can process what her constituents need.

I guess this business major never heard of pen and paper and good old fashioned telephone lines to place your calls to the appropriate agencies.

According to AOC, Trump is holding Americans “hostage” to fulfill a campaign “fantasy”–because she doesn’t want to call it a campaign promise–for a border wall. She goes on to say Trump’s address included “falsehood after falsehood” before finally getting to her favorite pet political issue: immigration.

You see, AOC wants us to believe immigrants commit crimes at a far lower rate than native born Americans. Of course, what she doesn’t do is break that down between those who have legally come to this country and those who are here illegally. Those here illegally start off by committing a crime. We have immigration laws for a reason. It isn’t to keep all or even most immigrants out. It is to help protect our country and our national interests.

Caleb Hull boils it down nicely.

There’s more to Occasional-Cortex’s interview, like how she tried to turn the entire immigration issue into an argument for abolishing ICE, but there is only so much I can stomach this early in the morning.

Of course, AOC didn’t just make her appearance on MSNBC to have her say. Here’s a sample of her comments yesterday on Twitter.

“Build a wall of steel, a wall as high as Heaven” against immigrants.
– 1924 Ku Klux Klan convention

We know our history, and we are determined not to repeat its darkest hour.

America is a nation of immigrants. Without immigrants, we are not America. https://t.co/3dePiGFQAL

I don’t know about you, but as evil as the KKK could be, I’m not sure I’d call it our darkest hour. The KKK was founded December 24, 1865, by six Confederate veterans. This was after the Civil War ended. Not that I expect AOC to do fact-checking of her own. After all, she is “morally right” so those pesky little things like facts don’t matter so much.

So what does she mean when she says “We know our history, and we are determined not to repeat it”?

Is she referring to slavery? The KKK? But wait, she’s talking about how American is a land of immigrants–again, conveniently forgetting the “legal” part of that. I know. Maybe she’s referring to American isolationism in the 1920’s, when the original quote about building a wall was made.

The American foreign policy of Isolationism in the 1920’s was a diplomatic and economic doctrine that aimed at self-advancement to make the United States economically self-reliant and retaining peace with other nations. The policy of Isolationism in the 1920’s attempted to isolate the United States from the diplomatic affairs of other countries by avoiding foreign entanglements and entering into alliances, and limiting foreign competition by imposing high import tariffs.”(United States History for Kids–because it’s about the level AOC operates on most days.)

No, that can’t be right. Or is it? Who knows, and that’s the problem with AOC and those like her. they spiel and spew and get us focused on them while, in plain sight, Pelosi and company go about their daily business of trying to undermine the foundations of our nation.

Give me your tired, your poor, Your huddled masses yearning to breathe free, The wretched refuse of your teeming shore. Send these, the homeless, tempest-tossed to me, I lift my lamp beside the golden door!”

That is still what the United States stands for. However, nowhere does that say we have an open door policy and we haven’t had one for decades. To pretend otherwise is to lie to the American public. But then, AOC apparently doesn’t have any problem with that as long as she is “morally right”. Of course, she never tells us who determines what that means.

Like that fruit cake Aunt Sally gives you every Christmas, AOC is the gift that keeps on giving. But is she really the blowhard buffoon she so often appears to be or a carefully utilized diversion by the DNC and its leadership to keep us focused on something besides their true agenda? It is time we turn our attention to more than just what her latest antics. Yes, we have to watch her. It’s difficult not to when she is such a media darling. But we also have to keep a close watch on Pelosi and company. Otherwise, we might find ourselves with another Cruz-O’Rourke situation, this time with the presidency at stake, and it might not be the Conservatives winning.