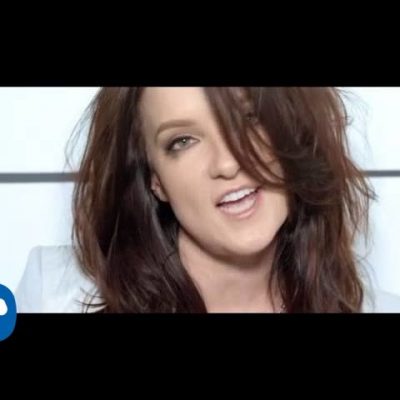 Previous post
The Grammys: Social Commentary With Music on the Side

Next post
GITMO Prisoner To Be Released With Some Righteous Cash

The President of the United States sat down with Matthew Yglesias at Vox for an interview providing his take on US Foreign Policy. 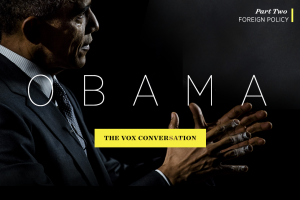 This interview is chock full of gems. And I don’t mean the pretty shiny bauble gems either. The “gems” in this particular part of the interview have to do with our golfing President’s view on foreign policy. Here’s the first WTF face palm:

I think it is realistic for us to want to use diplomacy for setting up a rules-based system wherever we can, understanding that it’s not always going to work. If we have arms treaties in place, it doesn’t mean that you don’t have a stray like North Korea that may try to do its own thing. But you’ve reduced the number of problems that you have and the security and defense challenges that you face if you can create those norms.

North Korea is a STRAY??!! Wow. I’m sure South Korea is just going to LOVE finding out that President Obama views their very dangerous neighbor to the north on the same plane as a stray animal roaming the neighborhood. Next he goes on to inform us that we don’t have a state that is going to attack and bait us. But in the next sentence tells us that Russia might be a concern because of their nuclear arsenal. However, that’s NOT one of the real problems. Nope, its all the disorder in the world y’all!!

But what people rightly have been concerned about [is] that the forces of disorder — sectarianism, most tragically in Syria, but lingering elements of that in Iraq as well, the incapacity of Israelis and Palestinians to get together, and the continued erosion of basic state functions in places like Yemen, mean that there’s more to worry about there than there might have been under the old order. We’re kind of going through a passage that is hard and difficult, but we’re managing it in a way to make sure that Americans are safe and that our interests are secured. And if we can make progress in restoring a functioning, multi-sectarian Iraqi government, and we’re able to get a diplomatic breakthrough with Iran, then we have the basis, I think, for a movement towards greater stability.

Uh huh…. so what we are seeing now with ISIS in Syria is disorder??!! Tell that to James Foley’s parents, tell that Muath al-Jasasbeh’s parents and the people of Jordan, and tell that to Kayla Mueller’s family. I bet they’d be willing to show President Obama what REAL “disorder” is!

There is so much to unpack in that fawning interview, that it would take several posts to cover it all. And we just might. However, there is something obvious in this so-called foreign policy interview once you take the time to read it thoroughly. It is a continued reluctance to call ISIS or any other group like ISIS exactly what they are EVIL and TERRORISTS. He ignores the actual reality of the threats they pose. Instead he says THIS (about 1:50 in):

Did you catch that?!! Here’s the quote if you’d rather read than listen to or watch his arrogance:

Look, the point is this: my first job is to protect the American people. It is entirely legitimate for the American people to be deeply concerned when you’ve got a bunch of violent, vicious zealots who behead people or randomly shoot a bunch of folks in a deli in Paris. We devote enormous resources to that, and it is right and appropriate for us to be vigilant and aggressive in trying to deal with that — the same way a big city mayor’s got to cut the crime rate down if he wants that city to thrive.

Un fricken believable!! He actually said that the horrific shooting of four Jews in the Paris deli was a random shooting! You know, like it was just some gang randomly wandering the streets of Paris and happened to choose THAT deli for their target. I would bet that the citizens of Paris are now VERY happy that our Duffer In Chief didn’t show up for the march. Wanna bet they’d really like to erase the memory of John Kerry’s sing-a-long as well?

Mr. President, the Paris deli shooting was an attack by an admitted terrorist who also told the world that he was targeting Jews.  Mr. President, what happened to those poor souls in that deli in January wasn’t random. What has happened to the prisoners that ISIS horrifically executed wasn’t disorderly.  Unfortunately, this President would rather ignore those pesky details. Instead we are to follow his new version of foreign policy. Which means we need to stop hyping the terrorism thingy that keeps cropping up, and instead consider it just a pile of random disorderly “stuff” that needs either a broom or a therapy session.  Wow.  Just. Wow.