Next post
Palin Running For House With Trump Endorsement 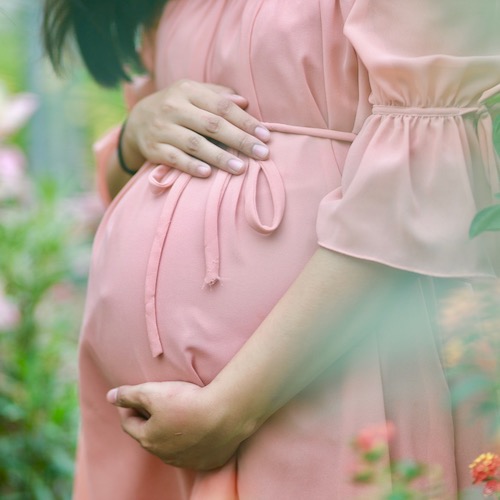 Anyone who isn’t white is a mother, but if you ARE white and are or were pregnant, the head of the NYC Health Department is here to tell us that ONLY white women are “birthing people.”

Supposedly, expanding the services of doulas across the city will ensure that every mother will be eligible for “birth equity.”

Years ago, 23 in fact, I used a doula. It was one of the best decisions I ever made and she was absolutely amazing. That said, I know that not everyone thinks of nor can afford to use a doula or midwife. Thus, I would presume that NYC expanding the outreach is a good thing. Except that Morse had to go very woke with her announcement.

Anyone who is white is a “birthing people” while those who are Black or Puerto Rican are “mothers.” What about the Asians, Muslims, or Indians? Are they classified as “mothers” or “birthing people?” It seems she left a few folks out with her virtue signaling wokeness.

My mother Francesca who is white was delivered by a midwife who was white under a sink on Stillman Street in a cold water flat back in the 1920's. According to Dr Morse what would that make my grandmother? How ridiculous

It’s a fair question, and one I sincerely doubt she will answer. Instead there will be a statement issued that will be a world salad of wokeness.

Here’s the problem with this. The program should be entirely and completely about all MOTHERS. Women who are female in gender who are pregnant. It shouldn’t matter their race, the ONLY thing that should matter is their health and ensuring that there are resources available for those women prior to and when they go into labor.

Yet that is evidently NOT a valid concern. Then again, Morse is just continuing the woke mantra that has been percolating for the last year or so.

Morse earned her M.D. from the University of Pennsylvania School of Medicine in 2008, and her MPH from the Harvard School of Public Health in May 2012, according to the NYC Health Department.

Let’s get something straight. Cori Bush came from easy street in the St. Louis area. Don’t let her gaslight you into thinking that she was poor and marginalized. She went to a private school, her father was a mayor in a suburb of St. Louis County, and was working as a triage nurse before she went activist during the Ferguson riots. She was not poor nor marginalized in the least. I do understand she spent 14 months homeless (RIGHT before Ferguson riots started), but did anyone stop to think it was because of her and her ex husband’s choices??

Yet she is using that term every chance she gets, as are those in the federal government, which started with Biden in January 2021.

And now Dr. Morse, a NYC health official, is using the same terms and specifically marginalizing, in fact ERASING, white women. Need a midwife or a doula? Only Blacks and Puerto Ricans can apply. How is that not racism and discrimination in action?

Guess what? It is racism and discrimination. Period. You want a doula or a midwife? White women need not apply. Although it COULD possibly work if said white woman classified herself as a “birthing person,” but I’d be willing to bet that preference in NYC will still be given to Puerto Ricans and blacks.

As one might surmise, many people are calling out Morse and NYC for pushing this woke agenda.

“if a white person called black people birthing persons and white women mothers, everyone would be flipping out.

Exactly. The world would be on nuclear alert right now if that happened. Instead, the left and media are applauding this fabulous wokeness that erases not only white women, it marginalizes anyone who doesn’t fit the perceived definition of a “birthing person.” So much so that THIS was the NYC Health Department’s response to the NY Post.

We are living in Orwellian times, and the wokeness of the left has driven them to this utterly mad foolishness. Blacks and Puerto Ricans shouldn’t be gendered nor called “birthing people” but it’s 100% fine to gender white women and erase them as mothers.