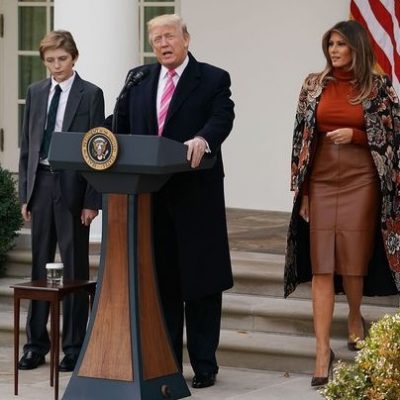 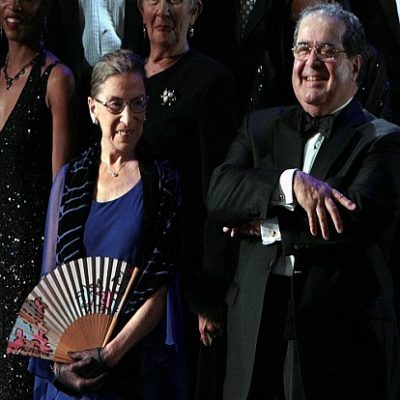 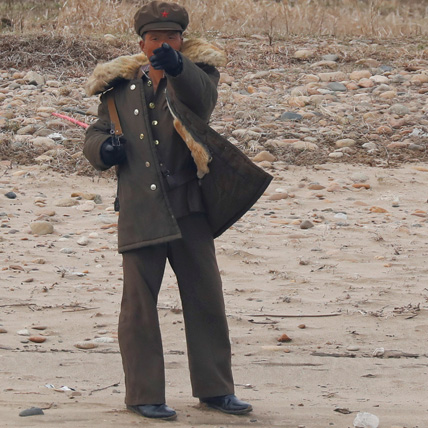 Forget any runs into the end zone you might see if you watch NFL football. The rush into the Freedom Zone made by the defecting North Korean soldier is better than anything on the gridiron.

We don’t know his name. But his South Korean doctor reports that, despite gunshot wounds and massive parasitic infections, the soldier is slowly recovering. Not only that, but Dr. Lee Cook-Jong adds that the soldier is enjoying America TV shows and South Korean pop music.

Meanwhile, back in the States, the Big Babies of the NFL continue to disrespect the flag by kneeling during the National Anthem. On top of that, the league is now thinking of keeping the players in the locker room during the anthem. The policy would go into effect next season.

ESPN — ever the liberal mouthpiece masquerading as just a “sports network” — quickly added that this was merely a return to the way things were prior to 2009. Players weren’t required to be on the sidelines before that year, so, nothing to see here, move along.

Needless to say, President Trump had plenty to say about the issue. And he smacked NFL Commissioner Roger Goodell around, too.

The NFL is now thinking about a new idea – keeping teams in the Locker Room during the National Anthem next season. That’s almost as bad as kneeling! When will the highly paid Commissioner finally get tough and smart? This issue is killing your league!…..

Meanwhile, someone shot to death a former college player last week. You’d think the NFL would add his death to their list of grievances, right? Oh, wait, this guy doesn’t count. His name was Brian Shaw, and he was a young 25-year-old police officer killed in Pennsylvania during a routine traffic stop. And yes, Shaw did play football for Slippery Rock University in Pennsylvania.

But there’s no NFL player taking a knee for his former brother of the gridiron. Because he was a cop.

Never mind that, though, because Roger Goodell threw a sop to angry Americans in a weak tea letter sent back in October. He probably thought he was making a fair and courageous stand on his recalcitrant players, or something. Here’s part of what he wrote:

The controversy over the Anthem is a barrier to having honest conversations and making real progress on the underlying issues. We need to move past this controversy, and we want to do that together with our players.

That was sooo last month. And now the NFL is surrendering to the tantrums of overpaid self-styled social justice warriors.

On the other side of the world, an unnamed North Korean defector — who loves American television — recovers in a South Korean hospital after surviving a virtual hell on earth. We might never know his name, but he’ll eventually be identifiable. Because after he recovers — and becomes an invaluable asset to our allies in South Korea — the South Koreans will hear him clang as he walks. After all, this guy has brass balls, unlike Roger Goodell, who has to search each morning for the tiny shriveled raisins hidden in his Tidy Whities.