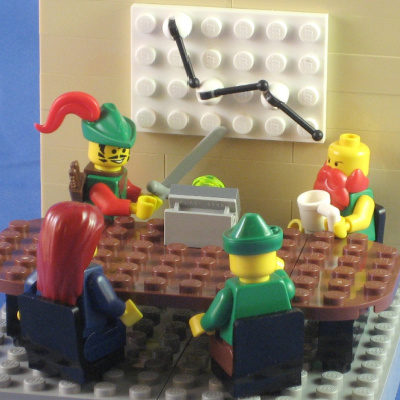 File this one under “inconvenient truths that the media has suddenly discovered.” New York needlessly, recklessly, and horrifically sent elderly people with COVID back into their nursing homes, let the virus spread, and then deliberately cooked the numbers.

And when I say “New York,” this means the administration of one Governor Andrew Cuomo. After all, if he’s the guy in charge of the state, and he takes the credit of “beating” the virus – and takes the Emmy award – then he owns this failure. Right?

The report is finally out from New York Attorney General Letitia James (who apparently took a break from suing the NRA and looked into the mistreatment and death of citizens in her state) that New York has been undercounting the COVID-19 deaths that came from nursing home facilities.

The laden accusations against New York brass are the culmination of months of backlash and probing after Cuomo’s directive in March requiring nursing homes in the Empire State to accept patients who had or were suspected of having COVID-19. The decision created an onslaught of COVID-19 cases that infected thousands of elderly patients and resulted in hundreds of deaths among the state’s most vulnerable population.”

James’ report said that government guidance requiring the admission of COVID-19 patients into nursing homes may have put residents at increased risk of harm in some facilities and may have obscured the data available to assess that risk.”

The Office of the Attorney General (OAG) asked 62 nursing homes to provide data about deaths in their facilities.”

Anyone who has been paying attention to the details knows this, knows that there was an order to send COVID-positive patients BACK to their nursing homes that later got memory holed (but the internet is forever), and knows that Cuomo was dodging any kind of responsibility for what happened in HIS state, on HIS watch.

Whoa. New York state has been dramatically undercounting Covid-19 deaths in nursing homes, according to an investigation by the attorney general. The actual number of deaths may be 50% higher than Gov. Andrew Cuomo has told the public: https://t.co/OQPU3KXJl6 (by @jessemckinley)

The New York Times reporter above is shocked, SHOCKED at this news. Oh wait, this was something we all learned last May, but no one in the media dared stand up to Andrew Cuomo. Or when they did, Cuomo yelled at them. I remember the media having a very different reaction to Trump mocking them… but I digress. Janice Dean has been the loudest voice demanding accountability from Governor Cuomo after losing her husband’s parents to COVID in two different nursing homes, and today, she is hoping that finally, there will be some justice.

It’s finally happening. @NYGovCuomo is going to have to answer for his role in the nursing home tragedy and the cover up. The angels won.

“When I saw the report and knew it was coming probably an hour before it was released, I called my husband and I called my sister-in-law, and I said that maybe the angels won. Maybe the angels will have their day in court and maybe this governor will be held accountable,” a tearful Dean said on “The Faulkner Focus.”

“I didn’t want to be in this position. I’m not a political person but my family was affected and I wasn’t seeing the coverage. I wasn’t seeing the questions being asked of this governor. He continued to pass the blame on everyone else and everything else. And he still to this day will not accept any responsibility.”

Remember that Andrew Cuomo has gotten a pass from the media. Remember that they absolutely loved him while condemning Republican governors.

Remember that they lauded him so much that HE WAS AWARDED A FREAKING EMMY. Remember that the rules didn’t apply to his mother until he got called out. Remember that he published a book on leadership during COVID and then New York got smacked down again by the virus, because it’s a virus and didn’t recognize that New York was supposed to be special and exempt because Cuomo wrote a book about his awesomeness. Remember how he first dissed the vaccine because of Donald Trump, and then he got angry because President Trump said he wouldn’t send vaccines to New York if they weren’t going to be used.

Remember the lives that were lost, and how Andrew Cuomo refuses to take responsibility for what his administration in New York state did to cause this, and that they fudged the numbers to conceal it.