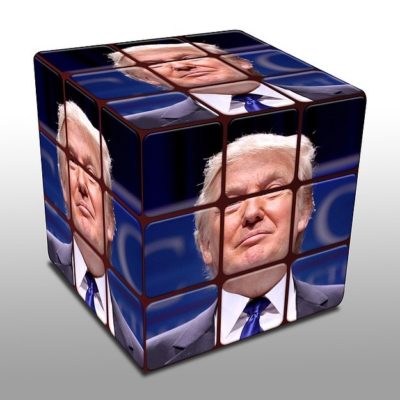 UPDATE BELOW: Is the title of this post a bit sarcastic? It is. Yet it is also calling out evil that is spreading through this country. Abortion is WRONG. Period. Democrats are emboldened and hoping no one will stop them from further perpetrating infanticide upon our country as they just did in New York. Well, Virginia has decided it’s their turn and held a hearing on a bill that would allow abortion up to the moment of birth. No, I’m not kidding. Watch.

Heartbreaking… This isn't in New York, this isn't in California, this happened just this week right here in Virginia. @VAHouseDems proposed legislation to provide abortions up to just seconds before that precious child takes their first breath. Watch for yourself. pic.twitter.com/AxgPVyI6kU

The legislation allows for a woman in labor to change her mind at the very last minute, and some idiot “professional” can concur, thus changing the process from labor and delivery to abortion right then and there.

The legislation is horrific.

The Repeal Act, introduced as HB2491 by Delegate Kathy Tran (D-Springfield), would repeal restrictions on third trimester abortions, allow abortionists to self-certify the necessity of the procedures, eliminate informed consent requirements, repeal health and safety standards for abortion clinics, allow late term abortions to be performed in outpatient clinics, waive ultrasound requirements, and eliminate the 24 hour waiting period for abortions in Virginia, among other provisions.

“I introduced House bill 2491, the repeal law, to lift medically unnecessary and unduly burdensome requirements for women to access abortions in the Commonwealth,” said Tran.

“This bill removes hospital requirements on clinics and providers, laws that mandate informed consent, a combination of mandatory ultrasounds, biased literature, and the 24 hour waiting period, and additional doctor requirements for late term abortions,” Tran continued, describing the provisions of the bill.

Look at the above. Safe medical practices for hospitals and abortion clinics are abandoned altogether under this legislation. Can you say Gosnell 2.0?? I can. And to imagine another Gosnell is enough to make me sick to my stomach.

Gosnell was and is evil. Planned Parenthood has that evil beat by miles. And yet we have Democrats in Virginia calmly stating that ‘YUP’ it’s peachy keen fine that a woman can decide just as her baby is being born that killing it is the better option.

Hello!! I went through labor. You know what? Labor is tough, it’s crazy. It HURTS. People annoy you. You want to clock people – especially your spouse and doctor – upside the head.

In other words, during labor, you as a mom-to-be are crazy on multiple levels. Just not batshit crazy….mostly.

So, to put a law in place that allows for a last second decision while a woman is dealing with all that labor entails? ARE YOU CRAZY??

NY and Virginia have entered into the ‘I am evil and politically stupid’ realm. The author of the VA bill, Kathy Tran knows this otherwise she wouldn’t have deleted her Twitter account.

Read the transcript below.

Gilbert: No I’m talking about your bill. How late in the 3rd trimester could a physician perform an abortion if he indicated it would impair the mental health of the woman.

Gilbert: Okay, but to the end of the 3rd trimester.

Tran: Yup, I don’t think we have a limit in the bill.

Tran: Mr. Chairman, that would be a, you know, a decision that the doctor, the physician and the woman would make at that point.

Gilbert: I understand that. I’m asking if your bill allows that.

Tran: My bill would allow that, yes.

It’s on tape folks. That is what the Democrats want. They are now emboldened to say it loud and clear. Rhode Island wants to hop on the bandwagon of evil as well.

Rhode Island Gov. Gina Raimondo says she will sign a bill to legalize abortions up to birth.

Please tell @GovRaimondo to OPPOSE this bill to kill babies at ANY TIME during pregnancy.

Please RT and encourage your followers to do the same.https://t.co/G5tHCQdSH9

Killing babies is fine as long as it feels good or keeps one from being inconvenienced. Inflicting heinous laws like this on us all is righteous in order to stop Trump and SCOTUS from arbitrarily repealing Roe v Wade.

Deanna is right, the abortion ghouls need to be stopped.

I weep for our humanity.

UPDATE: Virginia Governor Ralph Northam, once a pediatric neurologist, is completely on board with this evil.

VA gov on abortion this morning:

There’s just no other way around what he said. He literally says it’s ok to murder a child after it’s born if the mother wishes it to happen and the “committee” agrees. And the radio host didn’t even question what he said. What have we become?