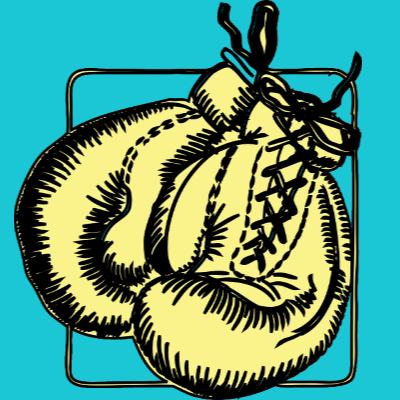 Next post
Senators Look For Exit Strategy After Shutdown Battle

On Tuesday, New York Governor Andrew Cuomo gleefully (there really is no other word for it) signed a bill legalizing abortion at all stages of pregnancy in New York state. Yes, even when a baby is past the point of viability. And the ghouls howled and rejoiced.

The Democratic governor directed the One World Trade Center and other landmarks to be lit in pink Tuesday to celebrate the passage of “Reproductive Health Act.”

Cuomo called it “a historic victory for New Yorkers and for our progressive values” on the anniversary of Roe v. Wade, the 1973 Supreme Court decision that legalized abortion in the United States.

New York was the first state to legalize abortion in 1970. Cuomo directed the 408-foot spire on the One World Trade Center, the Governor Mario M. Cuomo Bridge, the Kosciuszko Bridge, and the Alfred E. Smith Building in Albany to be lit pink to “celebrate this achievement and shine a bright light forward for the rest of the nation to follow.”

Under the Reproductive Health Act, non-doctors are now allowed to conduct abortions and the procedure could be done until the mother’s due date if the woman’s health is endangered or if the fetus is not viable. The previous law only allowed abortions after 24 weeks of pregnancy if a woman’s life was at risk.

Notice that the law now says if a woman’s “health” is endangered, not her life. A slippery slope, indeed.

And yes, Cuomo ordered buildings to be lit up pink. (Are we gender stereotyping, Governor? Hmmmmm?)

Today I signed the #ReproductiveHealthAct — codifying Roe v. Wade into state law and protecting women's reproductive rights no matter what the federal government does.

This is a victory for all New Yorkers. pic.twitter.com/90oMDDnCwV

Democrat Governor Andrew M. Cuomo ordered that the World Trade Center and Kosciuszko Bridge be lit pink to celebrate New York's signing of the Reproductive Health Act which allows women to abort their babies up until the moment of birth. pic.twitter.com/sWMgWBJmJB

As many on social media pointed out, there is something deeply offensive and loathsome about seeing One World Trade Center – which was built next to the footprints of buildings where thousands were killed – lit up to celebrate the death of thousands of future “undesirables.”

Even the Catholic Church made a token protest to Governor Cuomo, who proclaims to be a Catholic.

“Your advocacy of extreme abortion legislation is completely contrary to the teachings of our pope and our Church,” Albany Bishop Rev. Edward B. Scharfenberger wrote in an open letter in the Evangelist on Saturday. “I shudder to think of the consequences this law will wreak. You have already uttered harsh threats about the welcome you think pro-lifers are not entitled to in our state. Now you are demonstrating that you mean to write your warning into law. Will being pro-life one day be a hate crime in the State of New York?”

Cardinal Timothy Dolan, Archbishop of New York, along with the Catholic Bishops in the state signed a letter condemning the bill, saying “our beloved state has become a more dangerous one for women and their unborn babies.”

“Our governor and legislative leaders hail this new abortion law as progress. This is not progress,” the bishops wrote. “Progress will be achieved when our laws and our culture once again value and respect each unrepeatable gift of human life, from the first moment of creation to natural death.”

I call it a token protest because unless Cuomo suffers a real consequence – like being denied communion, or excommunication from the church – then why should he bother to heed the faith that he proclaims to participate in?

However, others in New York actually ARE heeding their faith – and putting it into practice.

The book store is closed today. It is a day of mourning in New York. In honor of the thousands of babies that will die…

And Jon Speed put up a sign on the door as well.

Jon Speed, a used book store in New York, has closed in protest of the passing of unrestricted abortion in the state.

Now THERE is someone of true conscience who chose to make a profound and personal stand. Andrew Cuomo may not care two bits about a small bookstore owner, but others were watching and expressing their support – and flooding his website with online orders.

How interesting that a bookstore owner has more conviction of faith to make a protest – closing his store and refusing to collect sales taxes for a day – than the entire Catholic infrastructure of New York.

While we continue to march and get wins in legal cases, never forget that the ghouls on the other side are eagerly waiting to consume and profit by the deaths of innocents. Governor Cuomo says he is “anti-death penalty.” Where there is a separate body, distinctly individual DNA, a beating heart, and cellular growth, there is LIFE, Governor. You are very much pro-death penalty – but only for those who are deemed “unworthy” and “subhuman” and are innocent of any crime except having the audacity to exist. That might sound familiar, Governor. Think about it.