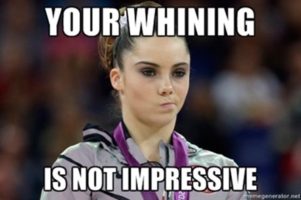 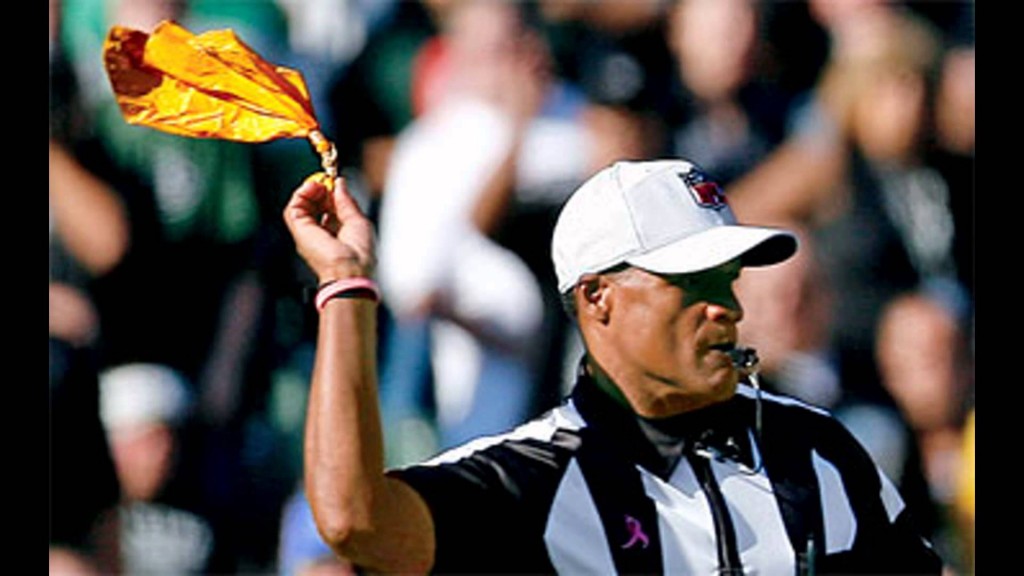 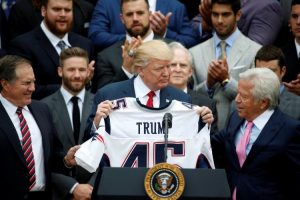 During a ceremony on the South Lawn of the White House on Wednesday, President Trump singled out several members of the New England Patriots, including wide receiver Danny Amendola, calling for them to raise a hand or step forward for acknowledgment. But Amendola was not there, nor were two dozen or more other players for the Super Bowl champions.

The customary White House visit for sports champions has become especially fraught since Trump was elected, with some athletes saying they would reject an invitation for political reasons. The issue was stark on Wednesday, when a relatively small contingent of Patriots players flanked the president.

But wait! There’s more. The New York Times used this photo as the lead to their amazingly accurate (NOT) story. 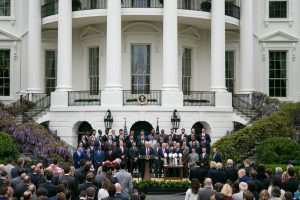 And tweeted out this bit of dreck:

Well, the New England Patriots were NOT thrilled. They threw a penalty flag on the New York Times. 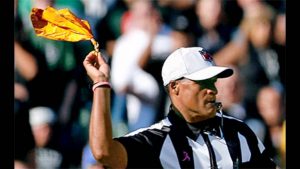 The entire organization was not pleased that the New York Times, the Boston Globe, and the media as a whole were making this entire celebratory visit about politics rather than a kudos for their Super Bowl win! And I, Broncos fan that I am, don’t blame them one bit.

When the New England Patriots has to fact check the New York Times over a misleading story that has received 30K+ retweets. https://t.co/8gRHgNvLSI

Exactly, and as of this writing, the New York Times tweet is still up and running. Are they gunning for additional 15 yard penalties? I guess so.

Speaking of press conferences, I wonder what the Gronk would’ve had to say if he knew the New York Times was running offsides with their fake news story when he did this?

Maybe the Gronk needs to crash the New York Times newsroom and give them a lesson in REAL news. This “correction” buried at the very bottom of the article while the headline and rest of the story stays the same does NOT help the New York Times one bit.

An earlier version of this article included photos comparing the size of the Patriots’ gathering at the White House in 2015 and the gathering on Wednesday. The photo from Wednesday only showed players and coaches; the 2015 photo showed players, coaches and support staff and has been removed.

Memo to the New York Times: Ticking off the Super Bowl Champions New England Patriots is the surest way to lose readership, advertisers, and the entire game.