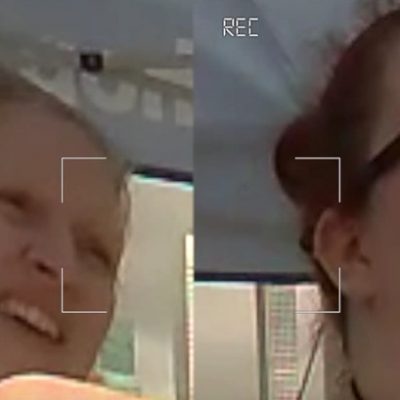 I did it. I DVR’ed the 2015 MTV Video Music Awards. Why would I waste my time? Not because I wanted to see what everyone was wearing (or not wearing as the case would be.)

I didn’t watch them because I like the music or the performers (I don’t even know half these people) but because I was on a quest of sorts. And, you know what? I found a “deeper” understanding of our culture simply from sitting through the torture.

Hours of intellectual stimulation as you can see from Miley Cyrus in the promotion for the event above. Here are just a few little nuggets of wisdom that I have gleaned simply by watching the 2015 MTV Video Music Awards:

1. Miley Cyrus is a sad, insecure little girl who is in need of attention anywhere she can get it. If that means taking off her clothes, she’ll do it. If that means saying she’s “pansexual” and is “down with anybody over 18 down to love her“, she’ll say it. And, if drugs make her part of the cool crowd, then she’ll talk about smoking a joint as often as she can and even write an ode to her love of cannabis which a certain popular cable network will use as a grand finale to their annual awards show.

The above observation may be a given and obvious to viewers who possess more maturity than the crowds who are licking this stuff up, taking it all in. Let’s just look deeper, for a moment, at some of the antics of the evening. More lessons:

3. Cat fighting, scantily-clad women are “empowering” to young, aspiring teenage girls, don’t you know? You don’t like what someone says about you? Go ahead, grab the microphone and call them a “bitch” on national television. Ultimate fantasy fulfilled. Because the word “bitch” is empowering, too and not degrading to women AT ALL.

4. Pot is good. Brownies, anyone? How’s about smoking up some with another artist (whoever the heck Tyga is)? Oh, yeah-and we can’t forget the selfies from the selfie generation. Forget the infamous duck face-that’s sooooooo 2014. On the count of three, everyone say “marijuana!”

5. Wearing a “F*ck the Stripper Police” t-shirt as a “funny” to promote a movie that includes a song entitled “F*ck The Police” (“Straight Outta Compton”) was a genius idea! Which entertainment executive with a pinky ring thought up THAT one and how much in the way of a paycheck is that executive taking home?

6. Pot is good. We can even break out in song about how good it is, right Miley? (Cough, cough…pass the Doritos.)

7. Using the “F” word after every other word does not make you sound like an uneducated cretin. It makes you sound so cool. Big bonus points if you’re cussing up a storm with a doobie hanging out of your mouth. Because….

8. Pot is good. Avocados and joints, anyone?

9. ANYONE can run for president. ANYONE. Cue Kanye West (who also thinks pot is good and admitted to “rolling one up” before arriving to the event):

Yes, kiddies. Just worry about how you feel. Do what feels good. Be confident. Don’t worry about anybody else but YOU. Because the world revolves around YOU, millennials and nobody else. Teach ’em to stand stand up for “theyself”. Because “theyselves” need to believe in this “new mentality.”

You want to teach them not to be controlled with brands, you say? Just take a look at the commercial load for the VMAs and the presence of Trojan condoms. They were even offering one lucky winner free condoms for a year. What a joy. Someone’s son somewhere can do “what feels good” every day until his eyes cross. And “we not gonna teach low self-esteem and hate to our kids”. Because nothing quite sums up a young lady by an outfit that leaves very little to the imagination and a mouth that would make a sailor blush.

Teaching our kids to be something? How about character, perseverance and compassion? Resilience, fortitude and discernment? All of those are great qualities, right? Sure, I learned a lot from the 2015 MTV VMAs and I thank them for the wisdom I have gained. Thank you so much to Kanye West and the 2015 MTV Video Music Awards for the parenting advice and for teaching our kids something. Because teaching kids to be name-calling, disrespectful and classless f-bombing, stupefied, pot-smoking, over-exposed and indiscriminate with their sexual preferences and choices and only caring about “theyselves” is a stellar “new mentality” to have.