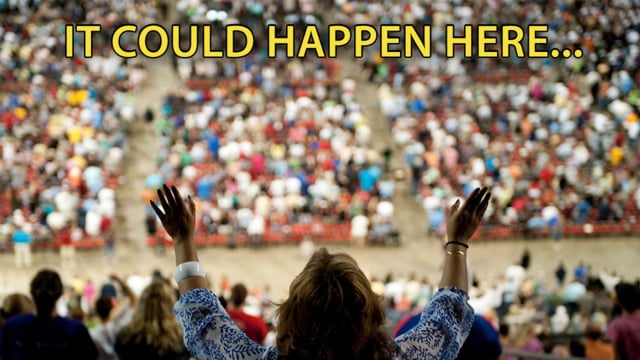 So, I was browsing Amazon, looking for an interesting political thriller for some late summer reading, and found this gem:

These are the ominous words that close Chapter One of Christian Nation, a new novel penned by Frederic C. Rich. Who are “they,” you might ask. Are “they” a Third Reich-type regime who uses chems on its own people, whose dictatorial president once cozied up to a foreign, warmongering Secretary of State who formerly supported him? Or perhaps a tale of the resurgence of an Islamic Fundamentalist group called the Taliban who round up wayward schoolgirls and haul them away in the dead of night, never to be seen again? No. “They” are scary Christians who—and here’s the shocker!—are elected into the federal government and actually do what they campaigned on: adhere to Christian values under the leadership of Sarah Palin. You know, those evil, frightening values including not aborting babies by the millions, fidelity in marriage, instilling personal responsibility and self-sufficiency in their offspring, helping their neighbors and friends in times of crisis, shunning violence. Oh, the horror!

And, not surprisingly, liberal critics are eating it up. Goodreads.com writes:

So ends the first chapter of this brilliantly readable counterfactual novel, reminding us that America’s Christian fundamentalists have been consistently clear about their vision for a “Christian Nation” and dead serious about acquiring the political power to achieve it. When President McCain dies and Sarah Palin becomes president, the reader, along with the nation, stumbles down a terrifyingly credible path toward theocracy, realizing too late that the Christian right meant precisely what it said.”

As if anyone could possibly top the horror film that is the Obama Administration, in the novel President Sarah Palin and her Christian administration force a dictatorial mandate onto their subjects called “The Blessing,” enforced by something called the “Purity Web.” Because “blessings” and “purity” are so pre-Miley Cyrus. Is that anything like Barack Obama’s real surveillance web, or is that just an eerie coincidence…?

Now imagine a novel that demonizes the installation of a Radical Muslim Commander-in-Chief of the United States wherein he/ imposes strict adherence to Islamic theocracy, decrees that all women be covered from head to toe and be escorted everywhere by morality minders, command that all men grow beards or face imprisonment, and round up all LGBT’s for immediate public execution just for starters. (Not much of a stretch, is it, since governments like this actually exist…). Imagine the outrage it would receive from every politically correct Far Left-winger and Radical Muslim world-wide. But that’s just the point: a novel demonizing a fictional Islamic Theocratic U.S. Presidency would never see the light of day because we all know the ramifications, for it’s an unspoken truth that Radical Muslims have zero tolerance and would light the entire world ablaze, and issue a fatwa on the author in retaliation. But Christian-bashing has become the new normal, because those oh-so-intolerant Christians will not retaliate with violence when viciously attacked. Everyone knows it. And even under that remote chance that violence were an option—damned if they don’t, damned if they do—so much the better for author’s like Mr. Rich, who seek to profit from attacking their fellow Americans’ religious beliefs, albeit only certain faiths.

“Come for the groundbreaking Evangelical-Christians-are-like-Nazis rhetoric, stay for the mind-numbing dialogue…Rich’s novel is essentially what Atlas Shrugged would have been if it had been conceived by a Freedom from Religion Foundation focus group and edited by Howard Dean.”

The rabid Far Lefties and their ilk desperately want to replace God with dependence upon the State, and will do anything, say anything, peddle anything, that may help them to that end, up to and including bashing their fellow Americans for nothing other than the sin of having an unshakeable moral compass. Though a Sarah Palin presidency, one where she campaigns on reforming the government, following in the footsteps of our Founding Fathers, and—gasp!—actually keeps her promise post election is intriguing, I do believe I’ll pass on this particular narration of her fictionalized presidency.