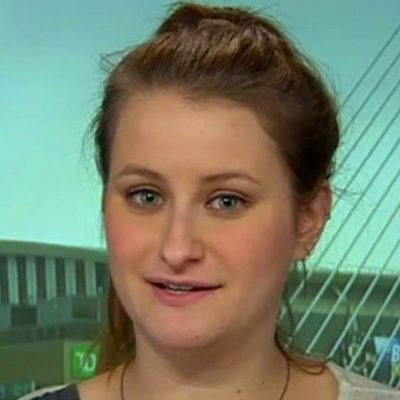 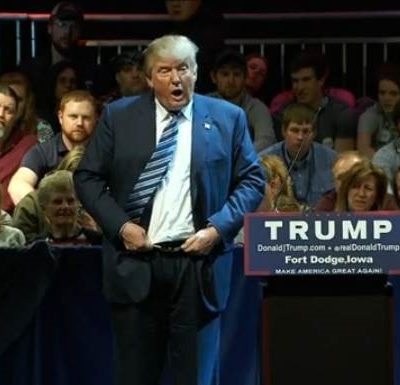 Today’s college students certainly aren’t afraid to voice their opinions. Heck, they even scream them at the top of their lungs, chant slogans, and go on hunger strikes! But woe be unto you if you even CONSIDER voicing one itty bitty smidgen of disagreement!

Over the last week we’ve watched this mess play out at Yale and on the Mizzou campus. And its spreading like a virus. Check out this demand, reported by Powerline’s Steven Hayward, from Claremont McKenna’s CMCer’s of Color here. Fair warning – you’ll need a strong drink to make your way through it. Unfortunately that mind numbing piece of drivel was taken seriously.

The Dean of Students of Claremont McKenna College has resigned following student protests, including a hunger strike https://t.co/mL1me2AgCb

Did the students care that Dean Spellman TRIED to meet all their demands and TRIED to keep them safe from any real or imaginary insults? Not one bit.

“Let this be a message to anyone who sees a wrong and speaks out to make it right,” said one of the one-day hunger strikers.

You know what? I bet the student quoted above wasn’t finished. Likely he or she ran right out and joined the next big movement. What am I speaking of? It seems that the whiny bratty students weren’t finished as protests and hunger strikes just weren’t enough. No sirree bob! Let’s have a march. And so they did. Cue the drums, pipes, banners, and the inanities of the Million Student March!

What do they want? Free Tuition!!

What do they want? All Student Debt Canceled!

I kid you not. THOSE are the demands of the Million March snowflakes. MaryBeth wrote about one organizer of the March, Keely Mullen yesterday. Its worth watching again to truly understand that Keely along with her fellow marchers has ZERO understanding of economic reality.

How about the Mizzou student, Jonathan Butler who went on a hunger strike for a few days to force Mizzou’s President Tom Wolfe to resign? Unfortunately it worked, but DON’T whatever you do, point out the fact that Butler’s father raked in $8.4 million in compensation as a railroad exec in 2014. That’s talking mean about entitlement and we cannot have that!

What’s scary about that tweet is that that very very pale young lady is serious. I just can’t even… But you know what? These are the same students that demand their safe spaces for healing because, as Brenda Smith-Lezama says, that darn 1st Amendment is just causing no end of problems y’all!

So, evidently Brenda’s idea of a ‘teachable’ moment involves one-sided dialogue (her side) and no one’s feelings ever getting hurt. That is if you’re on her side. Anyone else?? Yeah, you’re out of luck. So how does the Million Student March tie into the over the top hurt feelings protests that have taken place over the last few days? Easy, its all part of the same thing. Coddled students who want to have everything, and I mean everything in life handed to them with no arguments, no logic, and absolutely zero basis in reality.

I paid off all my student loans like a grown up through hard work. Your turn.
#MillionStudentMarch

Today’s students aren’t looking to be challenged with ideas while getting a college education. Nope, instead many of them will take vapid “journalism” such as the offerings from Melissa Click, or decide that someone sneezing at the wrong time is a Trigger warning. Oh wait, its not the sneeze, its the fact that someone would say “God Bless You” after they sneezed. How. Dare. They??!! We must demand someone get fired or demoted or something because…Trigger Warnings by golly!

Let me educate these whiny snowflake marchers on a few things.

2. People are going to have opinions that are different from yours. Either learn to deal with it or walk away.

3. I’d suggest you pick your head up out of your coddled butt and take a look at what others are doing for YOUR 1st Amendment right to whine.

One march for "free tuition" that the delicate little wastes of #MillionStudentMarch would never consider. pic.twitter.com/1Vw4kYUfLH

Those soldiers understand something that far too many of the Million Marchers never will. That nothing worth having in life, is free. NOTHING.

I wanted money for school, so I marched too… #millionstudentmarch This one was about 25 miles… #USMC pic.twitter.com/bS6QN0KDtb

Guess what guys. You can spend your life being offended by everything that moves, whine about how that personal responsibility stuff is just SO difficult, and demand the free stuff you think you are entitled too, but guess what snookums… Life, REAL life is not all rainbows, unicorns, and roses. You may get told NO a time or two. Oh geez, that offends you? Too bad. So sad. Deal with it cupcake.