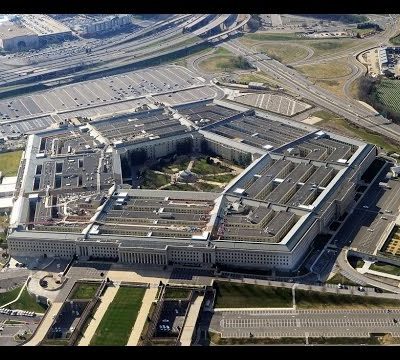 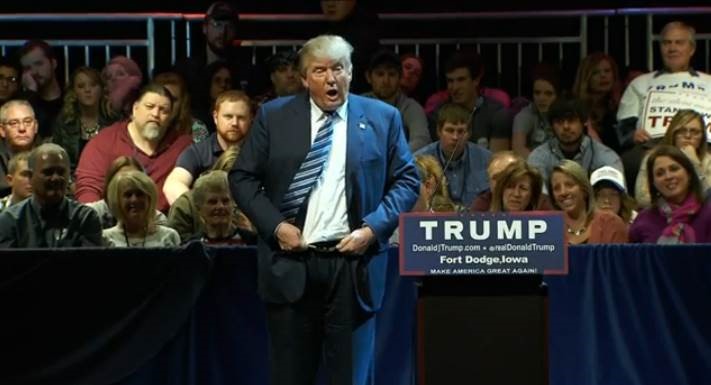 On Tuesday we all got the feeling that Donald Trump had turned a new leaf in the temper department, but he proved us all wrong on Thursday during a speech delivered to Iowa voters.

Washington (CNN)Donald Trump on Thursday told Iowa’s voters that those who support Ben Carson are “stupid” to believe the “crap” that is his life story, part of a stunning 95-minute tirade that included his most aggressive attack yet on his closest competitor.

He even compared Ben Carson to a child molester.

Trump called Republican rival Carly Fiorina “Carly whatever-the-hell-her-name-is,” accused Democratic front-runner Hillary Rodham Clinton of playing the “woman’s card” and said Sen. Marco Rubio (R-Fla.) is “weak like a baby.” He then devoted more than 10 minutes angrily attacking his chief rival, Ben Carson, saying the retired doctor has a “pathological disease” with no cure, similar to being a child molester.

Many described the tirade as a meltdown, others found the irony in his attacks rather comical.

Also, how very special that the person making a temperament argument against Ben Carson is *Donald Trump.*

This is fully insane. https://t.co/WPmehBrUll

It sounds like Donald Trump is finally having the meltdown we all expected.

The question is, do his polls shoot up 5 points or 10?

Sadly, Gabriel is completely on point, Donald will most likely face very little backlash from his faithful following. We learned how this worked after Benghazi, when Obama’s following remained faithful even after he betrayed the American people time and time again during his first term, and throughout the Benghazi debacle. Messianic voters rarely let issues such as this cloud their view of the enshrined object of their deepest affections.

Fellow candidate, Carly Fiorina, posted on her Facebook a defense of Ben Carson:

Donald, sorry, I’ve got to interrupt again. You would know something about pathological. How was that meeting with Putin? Or Wharton? Or your self funded campaign? Anyone can turn a multi-million dollar inheritance into more money, but all the money in the world won’t make you as smart as Ben Carson.

You know how it is when you’re witness to a car wreck, and you really don’t want to watch, but you’re completely captivated as it unfolds before you, that’s how I felt watching this:

At one point, Trump walked away from the podium and flipped his belt buckle up and down to ridicule what Carson has described as a key event in his life: that Carson, as a boy, once tried but failed to stab someone only to have the knife broken by a belt buckle.

“So I have a belt: Somebody hits me with a belt, it’s going in because the belt moves this way. It moves this way, it moves that way,” Trump told the crowd, which laughed in response. “He hit the belt buckle. Anybody have a knife? Want to try it on me? Believe me, it ain’t gonna work. You’re going to be successful, but he took the knife and went like this and he plunged it into the belt and, amazing, the belt stayed totally flat and the knife broke.”

Carson responded to the attacks with nothing but class:

U.S. presidential candidate Ben Carson recommended praying for rival Donald Trump after the real-estate mogul and television personality, in a 95-minute rant in Iowa, likened him to a child molester, Carson’s business manager said on Friday.

“When I spoke with Dr. Carson about this yesterday how we should respond, you know he was so sad about it. He said: ‘Pray for him.’ He feels sorry for him because he really likes Mr. Trump,” Armstrong Williams, who often acts as Carson’s surrogate in the media, told CNN.

“To see him just imploding before our very eyes – it’s just sad to watch,” Williams said.

Jenna Johnson, a Washington Post reporter, also pointed out the disturbing comments Trump made concerning ISIS and foreign issues. Jon Gabriel from Ricochet included numerous tweets from her live coverage in his article, read it here.

More foreign policy: Donald Trump says if he is president no one will dare touch the United States "because I'm so unpredictable."

On a comfort level scale from 1-10, 1 being “we ran out of novocaine, so brace yourself,” and 10 being “just be quiet and get in the trunk,” the comfort level I feel when I listen to a presidential candidate – someone applying for a position that involves nuclear launch codes – say they’re “so unpredictable” is somewhere around a strong 11.