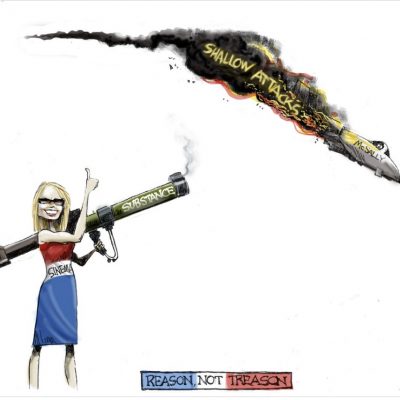 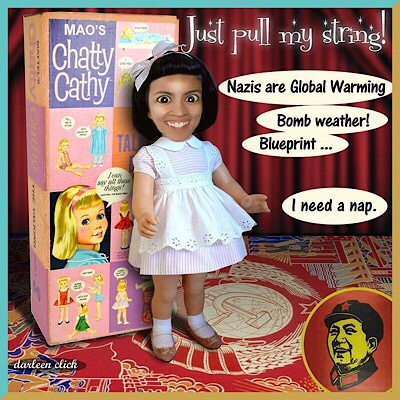 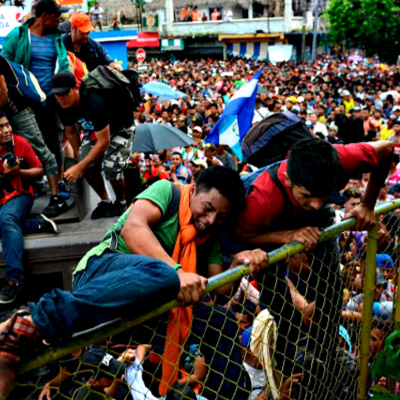 by Toni Williams in Headlines 37 Comments

CNN.com is reporting that the migrant caravan has reached the border of Guatemala and Mexico. In the sweltering heat, people began to be violent and the Mexican police pushed back.

From the CNN.com report:

Members of the caravan — many with children in tow — gathered in the border city of Tecun Uman, Guatemala, Friday morning. They waited in sweltering heat for hours for others to arrive, packing streets for blocks on end.

They then streamed through gates on the Guatemalan side of the border around 12 p.m. Friday (2 p.m. ET), cheering and chanting as they marched. Celebratory airhorns blared as they headed toward Mexico’s port of entry.

After days of traveling, often on foot, they appeared to be one step closer to reaching their goal.

A surge of migrants broke through a steel fence that had been padlocked shut. Mexican police in riot gear set off smoke canisters and pushed them back.

Hundreds of Mexican Federal Police sealed the border as drones and helicopters hovered above the crowd.
Mexican authorities later opened the gates and allowed about 15 women and children through.
Thousands of other migrants are still waiting to cross, according to CNN teams at the scene. 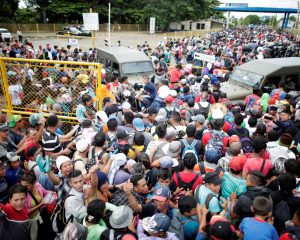 And a little bit more from CNN.com:

At least a dozen migrants stuck on the bridge jumped into the Suchiate River below. It was unclear if they were trying to swim across to the Mexico side of border, go back to Guatemala or just get relief from the crowds on the bridge.

Some of the migrants on the bridge told CNN they joined the caravan because they were desperate for work and had no other choice.

Victory Girls’ own Marta Hernandez has written about these violent cretins and you can read it here. You know our Marta, every word is a perfect gem.

Okay, so, I am not an expert at anything. I am just a little ol’ housewife sitting in the shadows of the Great Smoky Mountains with my laptop and thinking. Now, I am not learned or trained like our media overlords or our politicians, but something feels all wrong about this. Watch this video and then let’s ponder some questions.

Estimates are that there are two to four thousand human beings in this “migrant caravan”. Here are my questions:

1. Migrant Caravan or Violent Invasion? I am not a geopolitical expert or historian, but that kinda looks less like a caravan (and I have seen a few) and more like an invading army. The migrants are seen in many videos carrying the flag of the Honduras before them and chanting. The leftwits may fall for this story of starving people crawling towards a better life. I see an invading army. And, speaking of starving…

2. Who is feeding all of these people? According to Telesurvtv.net, 1,400 Hondurans left San Pedro Sula on October 14 (last Sunday) for Guatemala. The invaders have grown to about 4,000 since then. Do you have any idea how much food that would take? Since they are on the move, they require more caloric intake than normal. None of these people look as if they have missed a meal. And who is keeping them hydrated? For real. I am not kidding. Potable water trucks are somewhere out there. We just need photos.

3. Who is providing medical services? Statistically speaking, you cannot have that many people without having medical care. Someone will turn a, ankle, get sunstroke, or the norovirus. Think about a cruise ship: stomach virus breakouts all over hell and half of Georgia. Are we supposed to believe that these poor Hondurans have better handwashing habits than those who cruise Carnival? And speaking of sanitary facilities…

4. Where are they shitting? I have said this to my poor, beleaguered husband two, three, maybe four times a day, every day this week. Are these people dropping trou at the side of the road and taking a dump? Is it like a marathon and someone has pre-positioned port-o-potties every mile or so? What about toilet paper, hand sanitizers and poo-pourri? Talk about a hazmat situation. Four thousand people moving about 1,200 miles. The hazardous material clean-up would be unreal. To quote the movie “Envy” starring Jack Black and Ben Stiller: “Where does the poo go?” Real world here, folks. Guatemala must have an environmental disaster on her hands.

Anyone who has ever traveled with a toddler or, in my case, moved cross country four times, knows that logistics are key. The more people involved and the greater the distance, the more complex the logistics.

Like I said, I am just a simple housewife with a laptop. I am absolutely shocked at the intellectually incurious people out there. They accept what they see without question.

Of course, I could be very wrong. The migrant caravan may receive manna from Heaven, tent fairies may supply their needs at night, and their bodily fluids may just magic away.

Or, we could be getting screwed by a well-developed plan to invade our country which our media overlords and politicians know about and ignore.

What do our VG readers think? 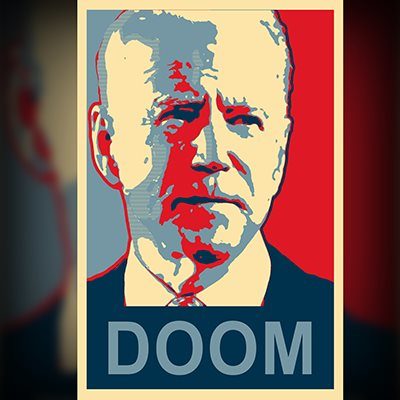