Next post
The Hubris Of 'Lincoln' Liz Was Her Downfall 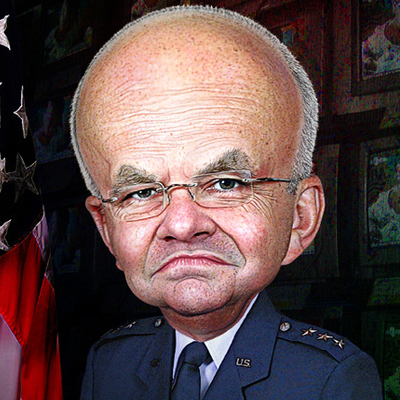 Former CIA Director Michael Hayden has long hated Donald Trump. But now he’s turning on Republicans as an entity, agreeing with a British journalist that they’re “nihilistic, dangerous,” and “contemptible.”

Edward Luce is a journalist with the Financial Times in the UK, and on Wednesday tweeted this:

“I’ve covered extremism and violent ideologies around the world over my career. Have never come across a political force more nihilistic, dangerous & contemptible than today’s Republicans. Nothing close.”

Michael Hayden read that tweet. But while a Republican president appointed him as CIA director, he didn’t stand up for the party. Instead, Hayden agreed with Luce, tweeting, “I agree. And I was the CIA Director.”

I agree. And I was the CIA Director https://t.co/LRAHDDyy4n

That sort of comment didn’t go over well with other conservatives, even those who don’t particularly like Trump.

“Respectfully, what are you trying to accomplish with this message? I understand your concerns, but this type of message reinforces the prevailing GOP narrative of a partisan, weaponized intelligence apparatus.”

“Further, your message overstates the case. Do you truly believe the GOP is more nihilistic & contemptible than Al Qaeda? Seriously? Make that case. You also paint with too broad a brush. Not all Republicans are extremists, and Uncle MAGA is not the enemy. Tone it down.”

“What is the average person supposed to think of his statement by the former head of the CIA, who used to oversee targeted killings of people in Al-Qaeda, etc? Beyond inappropriate.”

While over at The American Conservative, Rod Dreher wrote:

“Imagine that powerful elites like Gen. Hayden, who also ran the National Security Agency, and who have access to information about every single one of us … think that their fellow Americans who belong to the conservative political party are a greater threat to this country than Islamic extremist terrorists, Communist fanatics like North Korea’s regime, Putin’s Russia, the Iran of the ayatollahs, or any other political bad guys. Gen. Hayden thinks Republicans are worse.”

But this isn’t the first time Michael Hayden has been less than discreet in his comments.

Michael Hayden Off the Rails

For a guy who formerly ran the CIA and the National Security Agency, Michael Hayden doesn’t keep his opinions close to his vest. Nor does he exercise discretion.

For example, in 2018, Hayden compared Trump’s handling of the border crisis to … Auschwitz??

Then, in January, 2021, a week after the Capitol riots, he told a like-minded CBS journalist that “Donald Trump should be removed from power.”

Hayden continued to slam the Republican party in June when he lent his name to an op-ed in USA Today along with four other former military officials. Citing the events of January 6, they wrote:

“For those of us focused on domestic security, the forces of autocracy now trump traditional foreign threats, hands down.”

And from where do these military elitists believe the forces of autocracy emerge? Why, from the Republican party, of course.

How interesting, though, that political violence from Black Lives Matter or Antifa wasn’t mentioned as a domestic threat. Nor was the rise in violent crime in our cities. Or people flooding over the southern border from God knows where.

We know that Michael Hayden despises Donald Trump with the heat of a thousand suns, but did he really compare him to this lovely couple? 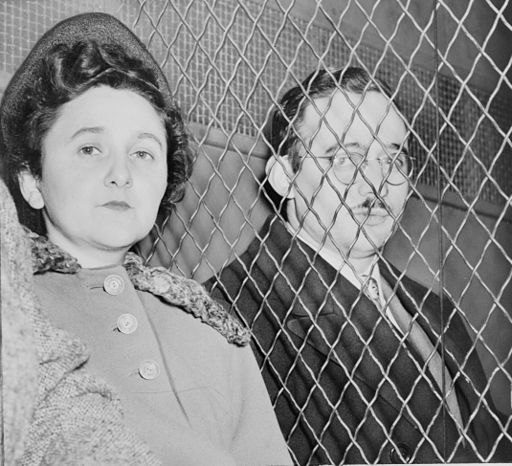 Yes, that’s Communist spies Ethel and Julius Rosenberg, who were convicted and executed in 1953 for providing nuclear secrets to the Soviet Union. And when the Washington Post reported that the FBI was looking for classified documents relating to nuclear weapons during the raid on Mar-a-Lago, historian Michael Beschloss just couldn’t help but tweet this:

Rosenbergs were convicted for giving U.S. nuclear secrets to Moscow, and were executed June 1953: pic.twitter.com/0Ox1JXoNDf

Was Hayden implying that Trump should be executed if the FBI found such documents in the raid? We can’t say for sure, but considering the vitriol that Hayden holds against the former president, we shouldn’t be surprised.

Hayden is Part of the Ruling Class — and You’re Not

Michael Hayden abhors Donald Trump — that’s certain. But his agreement that Republicans are “dangerous” and “nihilistic” shows his contempt for any of us who are members of the GOP, or even just conservative.

Yet what would you expect from a guy who joined with other former CIA directors and signed a letter in October, 2020, which said that Hunter Biden’s laptop was Russian disinformation? Hayden lied to keep Donald Trump from being re-elected. He had no problem interfering with an election because it was more important to him that the ruling class prevail over the deplorable “Other.”

Don’t think, however, that if you’re not on Team Trump the ruling class will treat you more kindly. Remember what Liz Cheney recently said about Gov. Ron DeSantis:

“I think that Ron DeSantis has lined himself up almost entirely with Donald Trump, and I think that’s very dangerous.”

Shorter Liz: If you’re not one of us, you’re dead to us.

But it’s people like Michael Hayden in particular who destroy whatever trust in the government remains among conservatives. As Dreher wrote:

“Hannah Arendt said a widespread loss of faith in a nation’s institutions is a precursor to totalitarianism. If, God forbid, it ever happens in this country, remember the role that Gen. Hayden and his elite professional class played in getting us there.”

The danger lies not with Republicans or conservatives. It lies with people like Michael Hayden and his fellow elitists who are connected with some of our highest institutions. Only this time — as the cliché goes — he said the quiet part out loud.