I wonder what it’s like to live rent-free in a liberal head.  Rush Limbaugh should know.  Hating Rush is an head consuming 24/7 job for at least 10 liberals:

The recent campaign to silence conservative radio legend Rush Limbaugh is led by ten liberal activists engaged in a more than four-year long effort to destroy Limbaugh by targeting his advertisers, including a Media Matters executive vice president.

Information compiled by Limbaugh’s team — and first provided to The Daily Caller — demonstrates that nearly 70 percent of the tweets targeting Limbaugh’s advertisers come from the same ten Twitter users, all of whom are actively involved in the “Stop Rush” campaign, which keeps a database of all of Limbaugh’s advertisers.

What’s with the constant and unsuccessful attempts to destroy Limbaugh and Fox News by liberals?  I do not know of any conservative groups that try to viciously and maliciously destroy liberal media outlets (and their advertisers) like the New York Times or MSNBC.   Everyone knows that MSNBC is quite capable of destroying themselves, without any help from conservatives.

Liberal leftists hate free speech.  Free speech (and enterprise) would require them to actually compete head to head with Rush to get their brilliant ideas about “values” and “tolerance” out there, but evidently, there’s no one up to the task.  Remember “Air America”, anybody?

Most reasonable and sane people, if they don’t like the tone or opinion expressed by a certain media outlet, merely turn the program off.  You should see how fast I can “click” an Obama speech off!

Leftists don’t want to just turn it off – they want to destroy it.  The First Amendment?  Apparently it only applies to liberals on Twitter.

So, what’s a jealous, angry, leftist to do?  Get illegal automated Twitter software installed and go after Rush and his advertisers:

The Democratic Congressional Campaign Committee’s newest email spam, asking their recipients to sign a petition calling for sponsors to end their relationship with The Rush Limbaugh Show, is based on the two-year-old Stop Rush political protest as it’s inspiration. After an investigation, The Rush Limbaugh Show has discovered a far darker story to Stop Rush, and is today releasing the hidden story of the people and motives behind the Stop Rush conspiracy.

The Stop Rush group claims to be made up of ordinary consumers unhappy with Rush Limbaugh’s comments. The group claims to be “grassroots,” just concerned consumers who won’t shop at businesses that advertise with Rush Limbaugh. In truth, however, there are no potential customers here, just a small number of hardcore political activists founded by Angelo Carusone, EVP of Media Matters for America.

It’s remarkably tiny. Only 10 Twitter users account for almost 70% of all StopRush tweets to advertisers, amplified by illicit software. In addition, almost every communication from a StopRush activist originates from outside the State of the advertiser. Thus, these activists are not and never would have been customers… their only role is to harass small businesses in an attempt to interfere with their operations, as long as they are advertising with Rush. 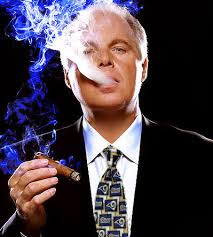