Next post
John Cusack And His Bike At Chicago Protests 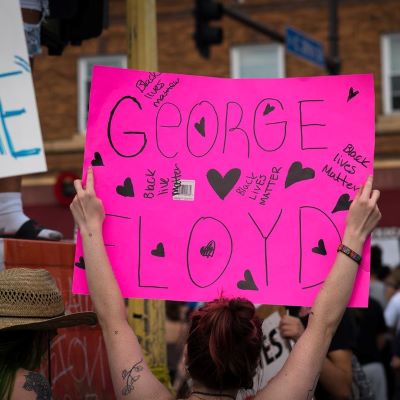 by Marta Hernandez in media 3 Comments

You would be hard-pressed to find anyone defending the actions of Derek Chauvin, but reporting bias in nearly every media outlet is advancing the racism message.

Because despite obvious government abuses at all levels – federal, state, and local – the left still needs to hail the state as the solution. As long as it’s the state that’s run by them, of course.

How does reporting bias feed into this narrative?

It would do us well to remember that the media is largely liberal. In 2013, just 7 percent of journalists identified as Republican, and the media bubble, in which the members of the Fourth Estate live in their own little privileged echo chamber that mirrors their big-government, leftist biases back to them, is a very real thing.

Combine this bias with the old adage “if it bleeds, it leads,” and you have a race for who can stoke the most outrage for ratings.

Looking at the reporting bias in the tragic death of George Floyd, one would think that Derek Chauvin dons a white klan hood at night and goes a’lynchin with impunity. And it’s not just the leftist media outlets that engage in a game of “Who Can Foment the Most Racist Fury.” The right is right there with them, stoking the fires of racism to attract audiences.

Fox News: A white Minneapolis police officer and the black man he’s charged with killing both worked as security guards at the same Latin nightclub as recently as last year.

BBC: A former Minneapolis police officer has been arrested and charged with murder following the death of an unarmed black man in custody. Derek Chauvin, who is white, was shown in footage kneeling on 46-year-old George Floyd’s neck on Monday.

Minneapolis Star Tribune: He is the first white officer in Minnesota to be criminally prosecuted in the death of a black civilian.

PennLive: Chauvin is the white officer who was seen on video kneeling for several minutes on the neck of George Floyd, a handcuffed black man who pleaded for air until he lost consciousness.

Vox (going full rutabaga on the racism trail): The coronavirus crisis has disproportionately affected black and Latino Americans, who have become sick and died of Covid-19 at higher rates than whites. …Add to that a cascade of headlines of black Americans whose lives have been cut short by white violence and by police in recent weeks — Breonna Taylor, Ahmaud Arbery, and, most recently, Floyd.

Chicago Tribune: The white Minneapolis police officer who pressed his knee into George Floyd’s neck as he begged for air was arrested Friday and charged with murder, as authorities imposed overnight curfews to try to stem violent protests over police killings of African Americans that have spread from Minneapolis to cities across the country.

You get the point. It’s in the interest of every media outlet to point out that Chauvin is white and Floyd was black, not only to ensure that the audience is fully aware of the virtue signal, but also to foment the inevitable outrage over “police killings of African Americans.”

What the reporting bias won’t do is highlight some disturbing facts. Sure, some media outlets reported on Chauvin’s history of complaints for use of excessive force and other abuses, but when you do a simple Google search on Chauvin’s name and “excessive force complaints,” only about 1,600 hits emerge.

Fact is Chauvin has had quite a few complaints lodged against him, one of which resulted in a letter of reprimand, but several of which were for things like “demeaning tone and derogatory language.”

Chauvin joined the Minneapolis Police Academy in 2001 and has been named in at least 12 complaints, which cover use-of-force incidents as well as a lawsuit over the alleged violation of a prisoner’s constitutional rights.

Mylan Masson, a retired officer and training expert, called the 12 complaints against Chauvin over a two-decade period “a little bit higher than normal.” But she did note that anyone can file a complaint against an officer for any reason, and that officers who deal with the public frequently have more complaints (not that that means Chauvin’s record won’t warrant scrutiny in an investigation, Masson added).

But was Chauvin racist? It doesn’t appear to be the case. Virginia’s Governor Klanny McBlackface has a more sketchy record when it comes to race than Chauvin. This, however, has not stopped the media from emphasizing race in every single story, in incidents of reporting bias that range from superficial and seemingly irrelevant mentions of race to downright blatant connections between the death of George Floyd and supposed American “racism” writ large.

The reporting bias, then, inevitably ends in the prevalence of false information so rampant, that the Minneapolis police union – not exactly a right-leaning entity – had to issue a corrective statement.

Twitter and Facebook posts with hundreds of thousands of views on Wednesday claimed Derek Chauvin was pictured wearing a “Make Whites Great Again” hat and standing onstage at a Donald Trump rally, neither of which turned out to be true.

The spread of false information was so rampant that the president of the Minneapolis police union set the record straight, telling The Associated Press that none of the officers involved in Monday’s incident were at the Trump rally in Minneapolis last October.

Expanding the aperture to beyond the murder of George Floyd, one has to examine police shootings writ large to determine whether police are really targeting Americans based on race – and African Americans more than others. A 2019 Michigan State University study looked at the racial disparity in fatal police shootings to answer the question about whether or not police shootings are overwhelmingly racially motivated.

The team, led by Joseph Cesario, created an independent database that catalogued each police shooting from 2015. The team – led also by co-author David Johnson from University of Maryland – contacted every police department that had a fatal police shooting to get the race, sex and years of experience for every officer involved in each incident, supplementing their data with reporting from media outlets, such as the Washington Post and the Guardian.

“We found that the race of the officer doesn’t matter when it comes to predicting whether black or white citizens are shot,” Cesario said. “If anything, black citizens are more likely to have been shot by black officers, but this is because black officers are drawn from the same population that they police. So, the more black citizens there are in a community, the more black police officers there are.”

The data show that it’s not racial bias on behalf of white officers relative to black officers when it comes to fatal shootings, and that’s good news. The bad news, Cesario said, is that internal policy changes, such as diversifying police forces, may not reduce shootings of minority citizens.

In addition, in the vast majority of police-involved shootings the research team found that the actions of the suspect, not his or her race, determined the police’s course of action.

The vast majority – between 90% and 95% – of the civilians shot by officers were actively attacking police or other citizens when they were shot. Ninety percent also were armed with a weapon when they were shot. The horrific cases of accidental shootings, like mistaking a cell phone for a gun, are rare, Cesario said.

Drug use is another determinant of the likelihood of a police-involved shooting.

An investigation [in 2017] by KPCC and The San Bernardino Sun found more than 70 percent of people shot by officers in San Bernardino County in a recent six-year span showed signs of drug or alcohol use. That’s more than double the rate in L.A. County based on the same analysis there.

An interactive map from Statista shows in raw numbers that between 2017 and 2020, white people in the United States were much more likely to be shot by police than anyone else, with 1,268 white Americans shot to death and 698 African Americans fatalities by police in the same span of time.

But will the media at least consider that perhaps the problem is that the United States is a huge nation with more than 300 million people, leading to a larger number of interactions with police, not that police are disproportionately targeting African Americans? Probably not. The outrage mobs don’t want to hear that 45 percent shot by police are white men, 23 percent black men, and 16 percent Hispanic men, with 54 percent armed at the time of the encounter. The outrage mobs are more worried about exploiting the anger to foment unrest, which the media will then call on the very same government accused of abuses against its citizens to fix.

Gosh, why aren’t the police doing anything?

The outrage mobs want pelts, and the reporting bias on the part of the media provides them.

That is not to say that police abuses don’t happen. From ticket fixing, to lying under oath, to the murder of defenseless pets to outright disgusting misconduct such as the murder of George Floyd to other reprehensible conduct, police misdeeds across the country have been documented and publicized.

Are there racist cops? I’m sure there are. Out of more than 800,000 sworn law enforcement officers across the country, there are bound to be more than a few. But the media’s reporting bias doesn’t care about numbers. It cares about results – results that draw outraged audiences and foment more outrage at alleged “racist” abuses.

Racist violence for the media seems to be the best kind of violence, providing a ready supply of victims and villains, and stoking just the kind of mob mentality that perpetuates the conflict and keeps audiences coming back for more. And the reporting bias is a self-licking ice cream cone that foments more outrage.

Maybe if police started vocally condemning their violent comrades, like Chattanooga Police Chief David Roddy–who told cops who see nothing wrong with keeping a knee on the neck of a defenseless, restrained man until his underlying conditions forced his body to simply give up in response to the unjustified force–to turn in their badges, Americans would be less likely to condemn all cops as silent co-conspirators.

There is no need to see more video. There no need to wait to see how “it plays out”. There is no need to put a knee on someone’s neck for NINE minutes. There IS a need to DO something. If you wear a badge and you don’t have an issue with this…turn it in. pic.twitter.com/frNCAWCeq6

And maybe if the media started reporting the news, rather than trying to create it, we’d all be much better off.

Featured photo: A protester at 38th Street and S. Chicago Avenue y after the death of George Floyd in Minneapolis, Minnesota; Lorie Shaull on Flickr; some rights reserved