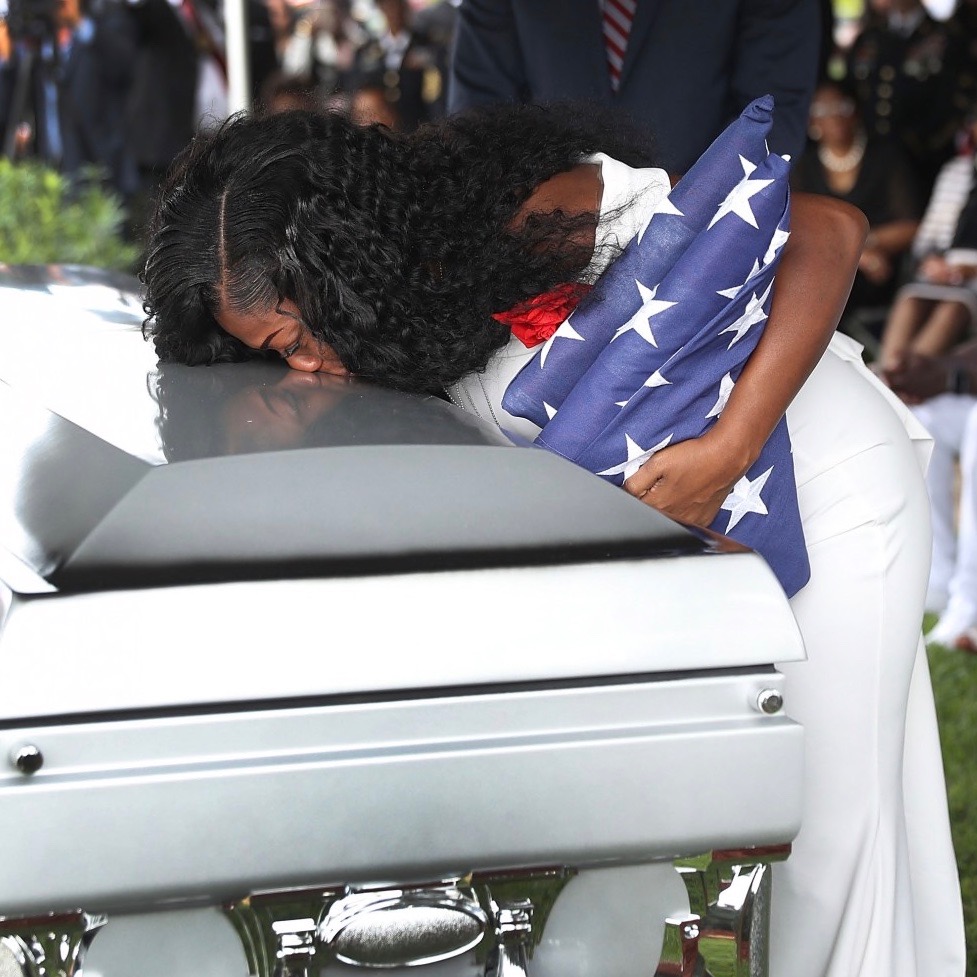 Officially, the United States will be recognizing and commemorating the 50th anniversary of the Vietnam War for the next several years. No, really—the commemorations will be lasting until 2025.

Senator John McCain gave an interview to C-SPAN about his service in Vietnam, which contained stories of his personal service.

But then this comment popped up, and the media took a collective gasp.

And then everyone went into a tizzy: did McCain just take a shot at President Trump‘s lack of Vietnam service?

McCain, a Vietnam veteran who was captured by the Viet Cong, was referencing an ailment cited in Trump’s draft deferments.

In total, Trump received five deferments from the draft during the Vietnam War due to heel spurs, bone protrusions caused by a calcium buildup.

It is an undeniable fact that the Vietnam-era draft left a bitter legacy in regard to military service. It’s also undeniable that this all happened A REALLY LONG TIME AGO. Fifty years is not exactly a short period of time. For me, the Vietnam War ended before I was born. This was the war of my parents’ generation. Family members of that era, including my father, all had draft cards. My husband’s uncle didn’t want to be drafted into the Army, so he joined the Navy. Everyone who lived through that era can tell you exactly who served, who got deferments, who never got called up, and who was killed or missing.

So is McCain really poking at Trump without saying his name? Or is this just how he really feels about those who got multiple deferments?

My guess is that it’s probably both. After all, there is more than enough Taylor-Swift-style-bad-blood between McCain and Trump.

The comments come after Trump and the senator, who has emerged as one of the president’s most vociferous GOP critics, exchanged brief but heated words following a speech McCain gave last week criticizing “half-baked, spurious nationalism.” When asked about McCain’s speech, Trump said: “People have to be careful, because at some point I fight back.”

“I’ve faced greater challenged than this,” McCain shot back.

It’s not the first time things have gotten heated between the pair. During the presidential campaign, Trump went after McCain’s history of military service.

“He’s not a war hero,” Trump said in July 2015. “He was a war hero because he was captured. I like people who weren’t captured.”

McCain spent more than five years as a prisoner of war after his plane was downed by a surface-to-air missile.

And now we all get to hold our breath and see if Trump hits back via Twitter. Because that is what he does. And McCain’s comments—once they reach Trump’s radar—are going to be a red flag in front of a cranky bull.

But the media wants to get a slap fight going, because it’s good for their ratings. It’s just too bad that Trump will be only too happy to oblige and snap back at McCain. I miss having adults around who knew how to take a fight behind closed doors, instead of splashing it all over social media.