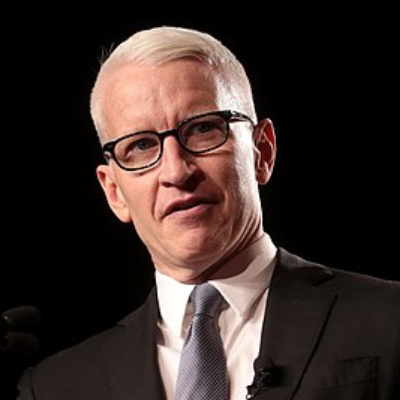 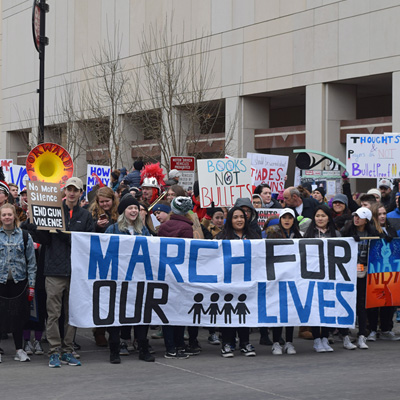 by Kim Hirsch in politics 19 Comments

They’re baaack. March for Our Lives, you recall, is the anti-gun group formed by the teenagers who attended Marjory Stoneman Douglas High School in Parkland during the 2018 shooting. Now they have demands, and have created quite the manifesto to inhibit Americans from owning guns. Because, you know, they were there, and that makes them experts on All The Things.

Their plan, released on Wednesday, is called “A Peace Plan for a Safer America.”

And because these are all woke young adults, they find that gun deaths are “deeply intersectional.” Gotta make sure they reference all the victims at their website:

“Among young people, gun violence has become a top cause of death, second only to drug overdoses. It has many root causes, including hate, poverty, and despair. It’s a deeply intersectional issue, inextricably bound with our long journey for racial justice, economic justice, immigrant rights, and the rights of our LGBTQ allies. And it’s amplified by the societal belief that a gun can solve our problems. Gun violence is destroying our generation. This is simply unacceptable.

Here are some of their demands.

A ban and mandatory buy-back program for “assault weapons.”

Never mind that these simpletons have no idea what an “assault weapon” is. In reality, there is no absolute definition of an “assault weapon.” They’re merely parroting what the anti-gun crowd calls scary black rifles, like the AR-15. Moreover, they probably think “AR” stands for “assault rifle,” when it really stands for “Armalite Rifle.”

Raising the age for all gun purchases to 21.

So an 18-year-old can join the military and have access to a true “assault weapon,” but cannot buy a gun to go hunting. Nor can a young woman buy a pistol to protect herself.

A limit of one firearm purchase per month.

Now children, you can only have once piece of candy at a time. Nanny state says so.

A national licensing and registry system for guns and ammunition.

March for Our Lives also wants you to register your ammo. What’s more. . .

A ban on all online firearm and ammunition sales or transfers, including gun parts.

Never mind that if you purchase a gun online, it must be shipped to a federally licensed gun shop anyway, and it doesn’t come to your house. So no Amazon Prime for guns.

The creation a “National Director of Gun Violence Prevention,” who will report directly to the president.

Heh. They’re assuming that Trump won’t be back for a second term.

In addition, March for Our Lives also wants a re-examination of the District of Columbia v. Heller decision, the 2008 case which protects the right to own a gun without demanding that the owner serve in a militia. Yeah, good luck with that one, kids.

Now here’s where March for Our Lives goes into full indoctrination mode. They’re proposing that once a teenager turns 18 years old, the government automatically registers them to serve in a “Safety Corps.” Here’s how their website touts it:

“Over the next 10 years, this new domestic program would put 10,000 young people per year to work on paid, one-year engagements in communities and nonprofits around the country. The Safety Corps would unlock the power of young people to bolster the civic infrastructure of anti-poverty and criminal justice reform nonprofit programs that address the root causes of gun violence.”

Yeah, good luck with that in Chicago.

And finally, since March for Our Lives really does want to take your guns away, they want a national gun buy-back and disposal program. Their goal? “A reduction of our domestic firearm stock by at least 30%.” Did you catch that prepositional phrase? At least by 30%. Yes, they want to take all the guns.

I have two words for these kids: Molon labe. And stop telling adults how to live their lives.

2A anti-gun guns March for Our Lives