Previous post
FINA Backlash: It Was Bound To Happen

Next post
Uvalde Police Did Nothing; We Lose Our 2nd Amendment Rights 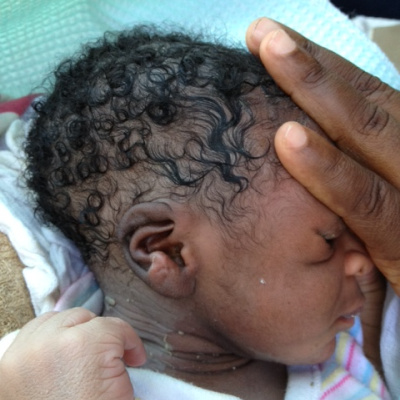 This week, unless Chief Justice John Roberts really wants to play with us, the Supreme Court will hand down its decision in Dobbs v. Jackson Women’s Health Organization and return the abortion decision to the States where it rightfully belongs. The ruling will not end abortion in the United States as the media and pro-death groups screech. The Light of Life will shine this week. Praise the Lord and the science.

The pro-death groups have stepped up their violence, destruction and illegal activities. This past weekend, as Kim wrote, that included a group called Rise Up 4 Abortion showed up at the home of Justice Amy Coney Barrett to protest in blood-smeared white pants and carrying plastic baby dolls. This violates Title 18, Section 1507 of the U.S. code. The group Ruth Sent Us routinely violates that law. Jane’s Revenge, whose motto is “If abortion isn’t safe, neither are you, firebombs pro-life centers and commits other vandalism and destructive acts. Their furious venom and hateful destruction proves their fear. The Light of Life is coming and it may blind them in their ignorance and contempt for the miracle of life.

Life is a miracle. Stop and think about it. Think about how many things have to go right for a baby to make it full term. The egg and sperm must join together inside the uterus not outside. Millions of cells knitting together life in the womb. It’s a miracle that is so great science doesn’t know all the details. The Light of Life bright and beautiful in all of its forms. This animation depicts the miracle of life with nine months in four minutes:

That clump of cells sure looks like a baby to me:

#NotJustTissue
The mother had to undergo an operation so they had to take the baby out while in the sac, then sew him back in after. Such a beautiful creation of God! The karate kicks are also very cute! pic.twitter.com/MwonY10gt6

How did we get here with this dark web covering our nation? From the Spectator:

Not so long ago, when our country was normal (if flawed), the secular progressive Left saw that it was good and could not let this stand. They struck at the purest, most elemental truth since Creation, a woman’s greatest power, her ability to reproduce and nurture life. They branded it counterproductive, obsolete, subservient.

They introduced their aberrant philosophy into academia to girls who did not, could not, know better, confusing and tempting them as Satan once did Eve. Why tie yourself to men and children, they lectured, when you could be as free as the boys around you and live for yourself? Should you become pregnant, merely discard that thing inside you, keeping you from true fulfillment: free sex and a career.

It’s worse than that. The pro-death movement screams that life isn’t important. It yells that life is disposable. You are just getting rid of a clump of cells. Just get rid of it and go about your life. You need to worry about your own happiness. Nothing else matters. Just your happiness. Maybe it’s just me, but women don’t see happier. They seem very angry. Take this mother-daughter duo from Rise Up 4 Life:

If you say you’re pro-choice you can’t stay at home & watch this atrocity unfold you need to rise up & fight for save abortion rights.

Another mother & daughter duo on why they protesting outside SCOTUS & why you should too.

The atrocity is 600k plus abortions per year. The mom says the other side (me) wants to control women’s bodies. Bah. She thinks “The Handmaid’s Tale” is a historical document. There are a lot of birth control methods. All of them are relatively inexpensive. They cost less than a cup of designer coffee, less than a tattoo, less than a night out on the town. Get some.

I don’t believe that most Americans believe abortion should be legal. I have worked in Market Research. It’s all in how you ask the question. You can get the results the group that authorized the poll wishes.

The babies murdered in utero since Roe v. Wade was decided (penumbra, my Aunt Fanny) cast the shadow over this country. By removing this dark stain, we will begin the long trek to understanding science, life and ourselves. The states will have to decide. Let New York be a sanctuary state for the pro-death movement. That state has a lot of problems. The consciences and morals of other states will fall on the side of life.

Every life is a miracle. Let the Light of Life shine. Amen.