Next post
Clyburn Is Nervous About Bernie Harming Democrats 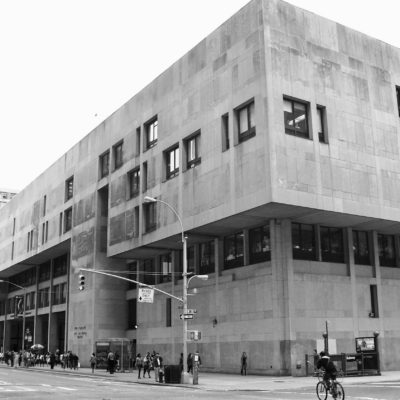 Smack dab in the middle of Chelsea in Midtown Manhattan is a school that has churned out Calvin Klein, Michael Kors and Nanette Lepore and yours truly (to name a few). The school, The Fashion Institute of Technology (or FIT), a part of State University of New York (SUNY) has made the news. FIT’s most recent fashion show caused a fit.

My days at FIT are long gone and were short-lived (two years in the ’90s). I was an advertising major and went on to journalism across the country after getting my AA from the school. I left New York City because I didn’t like what it was turning me into but I am thankful for the perspective. If you told me 25 years ago I would be writing for a Conservative blog, I would have laughed in your face on my way to the next racist fashion show.

Why did the FIT show cause a fit? It was all a matter of “accessorizing”, apparently. The story here? A young, African American model who refused to wear designer props of large, monkey ears and big lips because she viewed them as racist.

I’m sure the Fashion Institute of Technology is riddled with Trump supporters. https://t.co/DaskVaNwhg

Au contraire, mon frère. Surely, you can’t be serious! This guy clearly has never stepped on the grounds of FIT. And we are talking the fashion world here…these students are not exactly going to accessorize with a red baseball cap. Like, ever. But seriously, dude. Don’t stop believing.

It also appears—based upon information available—that the styling and accessorizing used in the show were provided to him rather than chosen at his discretion. To us, this indicates that those in charge of and responsible for overseeing the show failed to recognize or anticipate the racist references and cultural insensitivities that were obvious to almost everybody else. That’s inexcusable and irresponsible—but also why we are commissioning an independent investigation.”-Dr. Joyce F. Brown

Mary Davis, Dean of the School of Graduate Studies, and Jonathan Kyle Farmer, Chair of the MFA Fashion Design Department, had both been placed on administrative leave. The model, Amy LeFevre, said she was pressured by organizers to wear the questionable accessories.

I was told that it was fine to feel uncomfortable for only 45 seconds. I was literally shaking. I could not control my emotions. My whole body was shaking. I have never felt like that in my life.”-Amy LeFevre

Awkward and uncomfortable? I’ll say. Some called the ears and lips reminiscent of minstrels. We think they looked more Mr. and Mrs. Potato Head (props to my fellow VG sister, Kim) but either way, poor choice and bad accessorizing if you’d even call it that. Junkai Huang was the fashion designer and MFA in Fashion Design Recipient who “accessorized” these models. Huang stated that the accessories were given to him and that it was not his intent to offend when showcasing his work. The props were sourced from sex toys, apparently.

If model, Amy LeFevre, was uncomfortable, it is right for FIT to acknowledge those reasons. But how tone-deaf does one have to be to not see that large, monkey ears and big lips may be a wee bit offensive? And what MFA student willingly takes these accessories and thinks they would be acceptable accompaniments to his textiles? I mean, I would not even say CLOTHING because, from the photos I have seen, these models are draped in fabric-thats it. It makes me wonder if this designer just isn’t very smart and these props supplied were a catty attempt at sabotage. I’d say this is a great way to ruin the career of a designer. But take note: this did NOT come from a Conservative institution but a VERY liberal one. Just throwing this point out there into the ether.

Consequently, we must, as educators, be certain we are providing students the cultural and historical perspectives they need as they realize their artistic vision. Simultaneously, we must provide guidance so that they recognize and respect potential risks and unintended consequences of their creativity.”-Dr. Joyce F. Brown

You think, Joyce? This is what passes as “artistic vision” these days. But why, oh, why would a designer with any rational thought think that these props given to him to accentuate and “accessorize” his models would be in any way, complimentary to the designs? Seriously, FIT. Y’all are making Zoolander’s Center For Kids Who Can’t Read Good look a little more legitimate right now.