Next post
Democrats Should Be Sorry They Let The Squad Rule 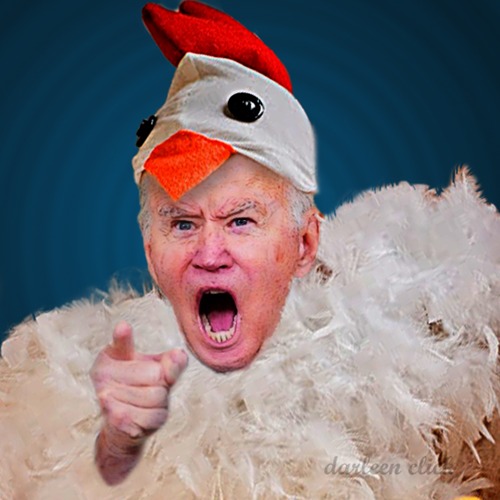 I am tired of pundits and “journalists” calling Joe Biden’s lies gaffes or falsehoods.  I must not be the only one.  There are several articles out there over the last 24 hours that finally call him out for the liar he is. Yesterday, the devil went down to Georgia and spouted more than a mouthful of lies regarding new election laws in Georgia. Then doubled down on the lies regarding the Democrat’s hostile takeover of federal elections.

National Review sets the stage with their piece out last night.  They start with one of the best lines I’ve seen of late:

“The president has decided to preemptively undermine confidence in the 2022 and 2024 elections, smearing half the country as racists while cosplaying as a civil-rights hero.”

Keep in mind that Joe Biden gave the eulogy for the KKK member Robert Byrd!

As David Harsaanyi points out in the NR article, Joe Biden’s pitch to American’s is that the filibuster needs to go and if you don’t agree, then RACISSSSTSSS!

“Biden’s argument is predicated on the idea that anyone who continues to support the legislative filibuster — a Senate rule the president defended for nearly 50 years — or voter-ID laws, or time restrictions on mail-in ballots, or consistent hours for early voting, or bans on ballot harvesting is no better than Bull Connor. “Do you want to be on the side of Dr. King or George Wallace?” was the false choice offered by a man who repeatedly praised Wallace, and other segregationists, early in his career.”

In one of the other articles that finally call Joe Biden the liar he is, The NY Post reminds us that

“The whole point of the filibuster is to prevent temporary, thin congressional majorities (and they don’t get much thinner than what Dems have right now) from ramming through laws that don’t have serious, long-lasting public support.”

And continues to add to Joe Biden’s contextualizing the idea that anyone opposed to the great takeover of federal elections as White Supremacy in action!

“Not that Biden’s whoppers ended there. He utterly mischaracterized the recent GOP-led changes to state voting laws as “Jim Crow 2.0,” when none of them make those states’ rules more restrictive than the laws in his own Delaware or ultra-blue New York.”

Now, Quin Hillyer, over at the Washington Times still uses the term “falshoods” which bugs me, but at least he lays out the many ways Liar in Chief, Joe Biden wants to gaslight his audience into believing that Georgia’s new election bill creates voter suppression.

“On Tuesday in Georgia, Biden said that for Republicans, “too many people voting in a democracy is a problem.” This is a hideous lie. He said Republicans are moving toward “the kind of power you see in totalitarian states.” Yes, totalitarian. This is a damnable lie.”

All we want, as do most American’s, is greater security at the ballot box!  A Morning Consult poll from last September spells it out clearly.

But perhaps one of the best articles detailing the Liar in Chief was from Washington Examiner.

“Biden complained that the Georgia law is “making it harder for you to vote by mail.” That is technically true, but are the restrictions the end of democracy? The law requires absentee voters to submit a valid voter identification number (such as a driver’s license or Social Security number) with their absentee ballot. So do three other states, including Ohio and Minnesota. So how long has democracy been dead in Ohio and Minnesota?

Biden also complained that the law limits the number of absentee ballot drop boxes — the ballots can also all be placed in any mailbox, by the way. But Georgia had zero drop boxes prior to the 2020 election. Was democracy dead in Georgia every year before 2020?

Biden claims he’s worried that the law forbids campaign workers from giving gifts, including food and water, to voters in line to vote. But nothing in the law prevents election officials from giving food and water to voters. Moreover, the ban for campaign workers only applies within 150 feet of the polling place. Again, a threat to democracy this is not.

Finally, Biden claimed that the Georgia law makes it easier for partisan actors to remove local election officials. He made it sound like this could be done while votes are being counted. That isn’t true at all. In fact, the appointees of the state Legislature would have to establish “nonfeasance, malfeasance, or gross negligence” in two consecutive prior elections before any one election official could be removed from power. And even then, the removal would be good for only nine months.”

Last April, The Five had a great segment detailing the lies that ultimately cost Atlanta the MLB game, which our own Toni Williams detailed.  It was Stacey Abrams who kicked off the lies that cost the city the game.  You know who WASN’T listening to our Liar in Chief yesterday?  You guessed it, Stacey Abrams!  Hmmm…

As Abraham Lincoln once said, “No man has a good enough memory to be a successful liar.”  And no one today can accuse Joe Biden of having a good memory these days!  He’s just a liar.  Not even a successful one.