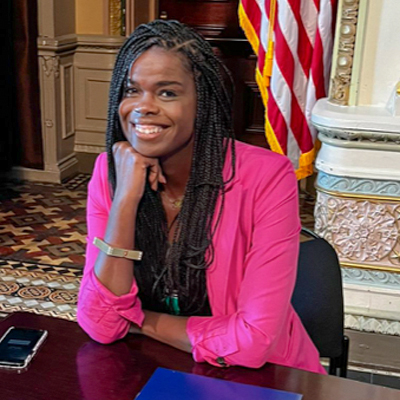 There are letters of resignation in which the person who’s leaving expresses their best wishes for the old crew. Then there’s the kind in which the employee burns their boss. Cook County State’s Attorney Kim Foxx from Chicago received one of the second kind as a veteran prosecutor from her office abruptly quit.

Why Prosecutor James Murphy Broke Up with Kim Foxx

James Murphy III was a veteran of the Cook County State’s Attorney’s Office, working as an Assistant State’s Attorney. His role as a supervisor was to oversee felony bail hearings and grand jury matters. Often he would present allegations against suspects accused of such crimes as rape and murder. Which, of course, is just what a good state’s attorney is supposed to do.

But on Friday, Murphy said adios to the office in which he worked for the past 25 years. And he used his resignation letter to burn his boss Kim Foxx in spectacular fashion.

Here is some of that letter, in which Murphy expresses his frustration at Foxx’s lack of concern for Chicago crime. (You can find the letter in full here.)

“I wish I could stay. I would love to continue to fight for the victims of crime and to continue to stand with each of you, especially in the face of the overwhelming crime that is crippling our communities. However, I can no longer work for this Administration. I have zero confidence in their leadership ….”

” … I began to realize that the Administration’s ‘Mission Vision and Values’ was just a PR stunt, just words on a page. Fairness. Accountability. Integrity. Respect. Collaboration. Those words should mean something. They do to me. And I know that they do to you as well. Yet time after time after time this Administration has shown that they don’t live the meaning of those words. Or they don’t care.”

But that’s just starters. Murphy went on to explain how the office is understaffed and overworked, claiming that if Kim Foxx really cared about fighting violent crime she would maintain fully staffed courtrooms. Of course, she blamed the problems on Covid. But hey, wrote Murphy, “at least we were allowed to wear jeans in July.” Small consolation which shows, wrote Murphy, “how tone-deaf this Administration is. They simply don’t care about the well-being of the ASAs (Assistant State’s Attorneys) on the front lines.”

And then there’s crime, and Foxx’s reluctance to do much about it because of “social justice.” Murphy cited an example in which a Chicago woman walking to a store was gunned down by crossfire. However, the bond hearings for the perpetrator involved only gun possession charges. When a newspaper headline remarked on that omission, Kim Foxx flew into a snit:

“The State’s Attorney voiced her concern with the headline and the heat she was getting from her backers and never voiced any concern over the fact that this woman was shot and killed simply walking to the store. And nobody was going to face a murder charge.”

And then the final burn from James Murphy III:

“That is what is wrong with this Administration. I’ve seen it day after day. How many mass shootings do there have to be before something is done? This Administration is more concerned with political narratives and agendas than with victims and prosecuting violent crime.”

What Chicago Lost in James Murphy

James Murphy ran afoul of Foxx’s office in April, 2021, due to a description he gave during a hearing on the police shooting of 13-year-old Adam Toledo. Murphy had said that Toledo had not dropped his weapon before the officer fired. And that didn’t square with the narrative of the evil cop shooting an innocent child.

“In court last week, an attorney in our office failed to fully present the facts surrounding the death of a 13-year-old boy. We have put that individual on leave and are conducting an internal investigation into the matter.”

However, an investigation showed that Toledo had the gun in his hand as he turned to the officer, exonerating Murphy. And, shortly after Murphy returned to the job, a private defense attorney made this on-the-record comment:

“It’s a pleasure to do a case with [Murphy] again, as it’s always, always been.”

To which the judge replied, from the bench: “Absolutely. I agree.”

Chicago writer Florian Sohnke, commenting on Murphy’s resignation in Chicago Contrarian, had this to say about the man:

“A man with a first-rate legal mind and a mature self-confidence born of experience, Murphy applied his calm, methodical legal mind to every case to ensure justice was found for every victim …”

” … Murphy’s premature departure means another voice of logic, reason, and justice is missing from an office when it is needed more than ever.”

Chicago has lost a skilled prosecutor who has personally handled many of the city’s most significant bond hearings — on things like murders, rapes, and shootings. And in the Cook County State’s Attorney’s Office that has been bleeding staff — some 235 people since July of last year, including litigators and supervisors — they lost a major voice for justice in the city. The city can thank Kim Foxx’s self-absorption and slavish devotion to progressive “justice” that continues to devastate Chicago.