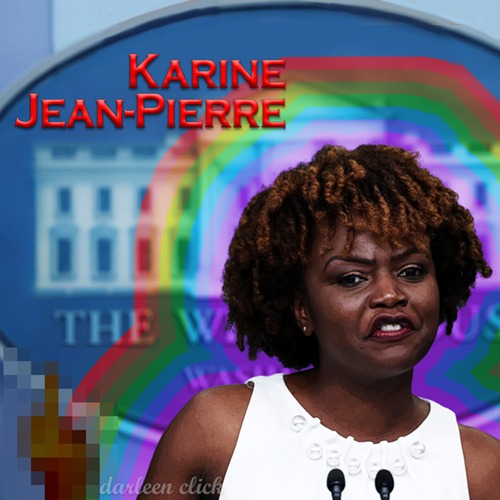 The last couple of days have not been fun ones for Karine Jean-Pierre. We all know that she is not nearly as good at her job as her predecessor, Jen Psaki, who was a much more skilled liar. But the recent finds of classified documents in unsecured locations in Joe Biden’s life has probably induced some hard day drinking.

And Grandpa Joe did not help himself by justifying the documents in his Wilmington home, discovered in the garage, by claiming they were locked up with the Corvette in said garage. Legal scholar Jonathan Turley did not find that explanation helpful.

The corvette statement was remarkably ill-considered. It was a cringe-worthy moment. After being given a carefully worded statement by his lawyers and staff, the President ad-libbed and suggested that his locked garage was a secure space for classified material.

Meanwhile, Attorney General Merrick Garland has been backed into a corner, and the only way out was to appoint a special counsel to deal with these classified documents. Biden’s lawyers, on the other hand, would like everyone to know that this is just a BIG OOPSIE.

NEW from White House counsel: Classified documents were “inadvertently misplaced” and that it was a “mistake.” pic.twitter.com/0jBX23NAZF

Yeah, the law does not provide for a “mistake,” at least, unless your name is Hillary Clinton. Which leads us to Karine Jean-Pierre, who yesterday had to fend off the press asking questions with such lines as “we don’t need to have this kind of confrontation” as they were pressing her for answers. Jean-Pierre hates it when the White House press corps (Peter Doocy excepted) suddenly wakes up and remembers that they are supposed to be asking questions of those in power.

Unfortunately for Karine Jean-Pierre, she now has to clean up after Joe Biden (which was spelled out in her job description to begin with) and his Corvette remark. She has to not answer questions about how “President Transparency” is a colossal joke who now has a special counsel appointed to investigate how classfied documents ended up in an unsecured office, an unsecured garage with the Corvette, AND in his “personal library” in the house attached to the garage with the Corvette. The White House press corps will remember quickly enough that Old Man Biden is to be protected because the Bad Orange Man is just so very Bad… but today is not that day.

Karine Jean-Pierre really hates her job right now. The justification that she is trying to spin is that Biden was willing to hand over the documents and he “takes this seriously.” Naturally, she’s trying to imply that Donald Trump was unwilling to give up the classified documents at Mar-a-Lago and he was “unserious.” Sadly, the press has their juicy bone for today and there is no moving past it. And you have to think that Peter Doocy is sort of enjoying this.

DOOCY: "What is the White House trying to hide?"

Being press secretary is a thankless job. Every single press secretary is sent out to spin as creatively as possible for the president they work for. Some are better at the job than others. Karine Jean-Pierre is supremely bad at her job, and right now, she is probably wishing that this was someone else’s job. Her explanation is that Biden had NO idea that the classified documents were out there in either his Penn Biden Center office, or in his garage, OR in his “personal library,” and that he has NO idea what was even in those documents, but he takes this VERY seriously.

When your entire defense of your boss is he is clueless, then yeah, you would hate your job, too. And that is essentially Karine Jean-Pierre’s entire defense of Joe Biden. He was so dumb that he didn’t realize that he had classified documents in three different places where they should not have been. Whether he brought them there or someone else did, these are are all documents from his vice presidential days, which ended in January 2017, which is now SIX YEARS AGO. And no one realized it, and the National Archives never asked, until now? I do ascribe to Hanlon’s Razor, but what if it was malice to begin with that eventually evolved into stupidity? And what if that malice involved letting “the smartest man” Joe knows, Hunter Biden, access to classified material?

Karine Jean-Pierre may need a liver transplant after her time in this White House is over.