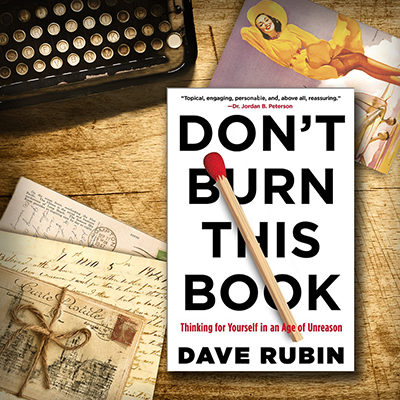 Next post
From the VG Bookshelf: Don't Burn This Book 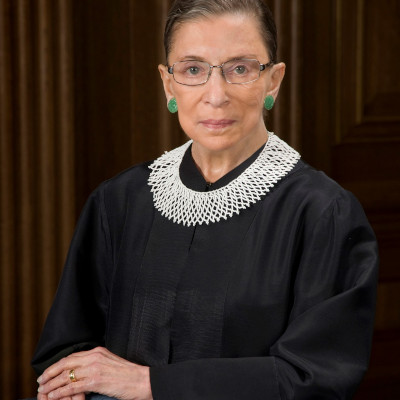 by Amanda Green in Everything Else, politics 5 Comments

Last night, the sound of many leftest souls crying out in anguish could be heard as news of Justice Ruth Bader Ginsburg’s hospitalization made the news. There was gnashing of teeth and beating of breast as those good little Trump haters took to social media. RBG, one of the last reminders of the Bill Clinton administration, might be about to let them down by either stepping down from the bench or dying. Still, judging from the tenor of their posts, they wouldn’t be all that worried about RBG’s medical condition except for the fact it might give Trump the chance to appoint another justice to the Supreme Court and that must never happen. Oh, the horror and the outrage.

Lest you worry RBG is in critical condition, as of 10 pm Central last night, she was doing fine. According to the Court, she “was hospitalized with an infection caused by a gallstone, the court announced Tuesday, adding that she’s expected to remain in the hospital for a ‘day or two’.” According to the press release, Justice Ginsburg underwent a non-surgical treatment for a benign gall bladder condition.

If that isn’t enough to show RBG is far from death’s door, consider what else the court’s office of public information said. First, it confirmed Justice Ginsburg was resting comfortable. Yes, she is expected to remain hospitalized for a day or two but, considering her age, that isn’t unexpected.

Here is the money quote, one those over-reacting to news of her hospitalization are ignoring:

The Justice is resting comfortably and plans to participate in the oral argument teleconference tomorrow morning remotely from the hospital.”

Justice Ginsburg has been an icon of the Court, like her or not, for years. The women’s movement adopted her as their avatar of sorts, encouraging little girls to be just like RBG. She has also been an enigma, as evidenced by her close friendship with the late Justice Antonin Scalia.

But to the liberals and the never-Trumpers, she has become a rallying point simply because of her age and her seat on the SCOTUS bench. Never has that been more apparent than it was last night as the terrified Dems took to Twitter and other social media platforms to wail to the heavens their fear she might have to step down from the bench.

Just got the news alert that RBG is in the hospital. If aren't supporting @JoeBiden, you are wanting @realDonaldTrump to replace this legend. Period.

I guess Jackson is the sort who believes you never let a political point pass, especially if it means you might strike a blow against the president. Unfortunately for him, all he did was prove he is a more concerned with making sure Trump doesn’t win re-election than he is about the health of RBG.

Then you have this tweet from a self-proclaimed “Obama alum”, whatever the hell that means.

RBG is literally willing herself through an entire presidential term simply so she’s not replaced by another boozy rapey Brett Kavanaugh and there are still some people out there like, ‘Well, I dunno, I’m just not very motivated.'

A quick look at his Twitter feed, and I wanted brain bleach when I finished, and it is clear Karsh hates Trump. But the above tweet goes so far beyond that. Not only does he assume to know what is in RBG’s mind but his blind acceptance of disputed–and pretty much disproven–accusations against Justice Kavanaugh are true. Yet, with so many others coming forward to discuss the alleged abuses by Joe Biden, he is silent. Why? Because Biden is of the anointed party and not an evil white, rich, conservative male.

Worse, there is no real concern for RGB here. Only an extreme case of Trump Derangement Syndrome. When will WHO announce TDS is a pandemic? Surely there are as many suffering from it as are suffering from Covid-19.

The prize, however, for the Tweet displaying the best (or worse) case of TDS comes from Brian Fallon.

Pray for RBG's continued health, then vote for Joe Biden in November.

To put it into context, Fallon was Hillary Clinton’s national press secretary when she ran against Trump. So no hard feelings there. Not at all. (Riiiight)

None of these people care one bit about Justice Ginsburg’s health. All they are about is making sure Trump doesn’t have the chance to appoint another Supreme Court Justice. Hell, they probably have a re-animator on retainer, ready to go just in case Ginsburg or one of the other justices kicks the proverbial bucket before Trump leaves office. How long before we have a zombie justice?

Compare these tweets from people who one would assume cared about RBG because of her politics with the tweet from Kayleigh McEnany, new White House press secretary.

Our prayers are with Justice Ruth Bader Ginsburg.

We wish her a speedy recovery as we send our love and well wishes!https://t.co/hsNJRY98WG

I know. Maybe we’ve all been dropped down the rabbit hole and the world’s been turned upside down. What else could explain why the Democrats, the party that is supposed to be caring and supportive, shows concern only for political posturing while the evil Republicans show concern for the ailing justice?

Needless to say, there are a number of folks who have joined the echo chamber, parroting the sentiments shown by Fallon et al. However, many others are taking these opportunists to task. Yet all hope and decency aren’t lost. Many others have taken these folks to task for trying to use Justie Ginsburg’s medical condition as a political football.

Once again, the liberals prove they care for little more than their political agenda and that, at the moment, focuses solely on getting Trump out of the Oval Office. They care about RBG only because her illness or death could give Trump the chance to appoint his third SCOTUS justice. Heaven forbid we have a conservative Court.

Someone should remind them about what happened with President Dwight D. Eisenhower appointed Earl Warren to the court. He thought Warren would be a solidly conservative justice. Boy was he wrong. Under his leadership as Chief Justice, Warren ushered in a number of changes to the criminal justice system, changes that are still shaking out today, more than 50 years after his appointment.

Perhaps the libs should worry more about helping find a way out of the economic crash their actions concerning Covid-19 caused and less time worrying about what will happen if Trump gets to appoint yet another justice.

As Twitchy says, “Let’s all hope that Ginsburg lives a long, happy life … and if she decides she would be happier if she retired, we’d fully support her decision.” That is the only message anyone on either side of the aisle should be posting right now.

Featured Image: Ruth Bader Ginsburg official photo. “This work is in the public domain in the United States because it is a work prepared by an officer or employee of the United States Government as part of that person’s official duties under the terms of Title 17, Chapter 1, Section 105 of the US Code.”