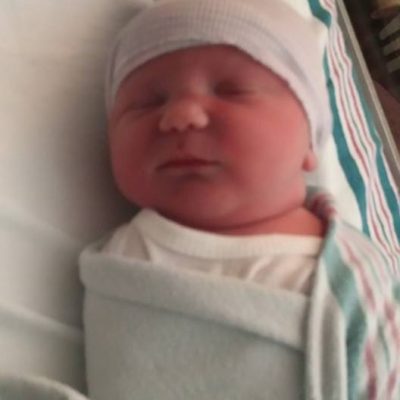 Next post
Welcome to our World, Clara Gianna Chesser! 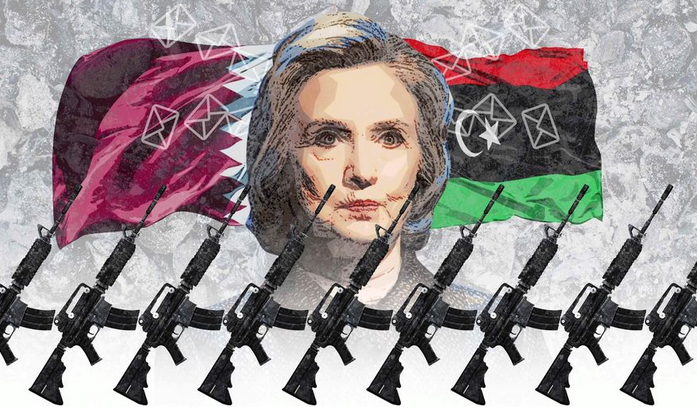 Hillary Clinton is a liar. She’s a flip-flopping sycophant. And many have suspected for years that Clinton, in her role as Secretary of State under Barack Obama, was arming the so-called “Syrian rebels” (some of whom were aka Al Qaeda) via that certain CIA annex in Benghazi. It explains her stonewalling of Congress. And it explains why she had an unsecured private server in her home, upon which she indeed conducted highly classified business after denying same. And it looks like our suspicions are accurate, because revealed via the emails we finally have access to, is that she secretly, and illegally, did in fact arm terrorists, the very same terrorists we’ve been at war with since 9/11. And last I checked, that was called treason. And now, Judge Napolitano—a frequent guest on Fox News, an author, and an expert on everything Constitution—has penned a blistering article addressing her illegal activity. He writes (emphasis is my own):

Recently, in conjunction with my colleagues Catherine Herridge and Pamela Browne, I read the transcripts of an interview Ms. Browne did with a man named Marc Turi, and Ms. Herridge asked me to review emails to and from State Department and congressional officials during the years when Hillary Clinton was the secretary of state.

What I saw has persuaded me beyond a reasonable doubt and to a moral certainty that Mrs. Clinton provided material assistance to terrorists and lied to Congress in a venue where the law required her to be truthful. Here is the backstory.

Mr. Turi is a lawfully licensed American arms dealer. In 2011, he applied to the Departments of State and Treasury for approvals to sell arms to the government of Qatar. Qatar is a small Middle Eastern country whose government is so entwined with the U.S. government that it almost always will do what American government officials ask of it.

In its efforts to keep arms from countries and groups that might harm Americans and American interests, Congress has authorized the Departments of State and Treasury to be arms gatekeepers. They can declare a country or group to be a terrorist organization, in which case selling or facilitating the sale of arms to it is a felony. They also can license dealers to sell.

Mr. Turi sold hundreds of millions of dollars’ worth of arms to the government of Qatar, which then, at the request of American government officials, were sold, bartered or given to rebel groups in Libya and Syria. Some of the groups that received the arms were on the U.S. terror list. Thus, the same State and Treasury Departments that licensed the sales also prohibited them.

How did she get away with this, you might ask? Well, remember that server that’s, by now, probably lying safely in the cavernous depths of the Atlantic Ocean?

Because Mrs. Clinton used her husband’s computer server for all of her email traffic while she was the secretary of state, a violation of three federal laws, few in the State Department outside her inner circle knew what she was up to.

She obtained permission from President Obama and consent from congressional leaders in both houses of Congress and in both parties to arm rebels in Syria and Libya in an effort to overthrow the governments of those countries.

Many of the rebels Mrs. Clinton armed, using the weapons lawfully sold to Qatar by Mr. Turi and others, were terrorist groups who are our sworn enemies. There was no congressional declaration of war, no congressional vote, no congressional knowledge beyond fewer than a dozen members, and no federal statute that authorized this.

When Sen. Rand Paul, Kentucky Republican, asked Mrs. Clinton at a public hearing of the Senate Armed Services Committee on Jan. 23, 2013, whether she knew about American arms shipped to the Middle East, to Turkey or to any other country, she denied any knowledge. It is unclear whether she was under oath at the time, but that is legally irrelevant. The obligation to tell the truth, the whole truth and nothing but the truth to Congress pertains to all witnesses who testify before congressional committees, whether an oath has been administered or not. (Just ask Roger Clemens, who was twice prosecuted for misleading Congress about the contents of his urine while not under oath. He was acquitted.)

And Napolitano doesn’t hold back in his conclusion:

Hillary Clinton lied to Congress, gave arms to terrorists and destroyed her emails. How much longer can she hide the truth? How much longer can her lawlessness go unchallenged and unprosecuted? Does she really think the American voters will overlook her criminal behavior and put her in the White House where she can pardon herself?

In case you need a refresher, here’s the truth-challenged Mrs. Clinton answering those questions from Senator Paul, the very day she uttered that now infamous phrase, “What difference, at this point, does it make?!”

What difference does it make? A whole helluva lot, Mrs. Clinton, because you ignored their 3 a.m. phone call. And these four men—which this blogger suspects does not keep you awake at night—paid for your treason with their lives.

We are on the eve of the annual celebration of our nation’s independence, and staring straight into the eyes of the most imminent threat of terrorism on our own soil since 9/11, with the rise of ISIS occurring on Hillary’s watch, and dare I say, assisted by her. There are myriad reasons she should be forever disqualified to ever again hold public office. But this one act is the only justification necessary for why Hillary Clinton should never, I repeat, never, be president of these United States.

A vote for Hillary Clinton is a vote in support of treason.