Unfit For Office: 5 Reasons Hillary Clinton Should Never Be President 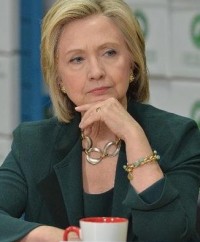 Next post
New Hampshire: Dartmouth Students Criticize Hillary, Say She Has 'Blood on Her Hands'

Unfit For Office: 5 Reasons Hillary Clinton Should Never Be President 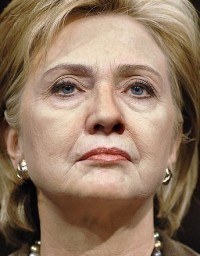 The gaffes during Hillary Clinton’s campaign kick-off tour last week, while cringe-worthy, are really just symptoms of the bigger virus that is the Clinton Machine. For example, Conservative Tribune unearthed this video from 2009, an exchange between Hillary Clinton and a young man who made the sin of getting the name of the sitting president wrong:

And in several various books, Ms. Clinton is revealed by their authors as less than respectful, particularly toward those tasked with ensuring her safety. Here’s just one example, amid a vast list compiled by the Gateway Pundit:

F**k off! It’s enough that I have to see you shit-kickers every day, I’m not going to talk to you too!! Just do your G*damn job and keep your mouth shut.” —From the book “American Evita” by Christopher Anderson, p. 90 – Hillary to her State Trooper bodyguards after one of them greeted her with “Good morning.”

So much for being a “champion” of the little people. Is it any wonder Shillary refuses to speak with reporters? No, it’s not a Vast Right Wing Conspiracy, Hillary, it’s you.

But while inarticulate, disrespectful, and unbecoming of a sitting Secretary of State, and a former First Lady, the uncontrollable outbursts that would get the likes of Rand Paul booted from the campaign trail, are simply Hillary being, as one book’s title suggests, our American Evita. But it’s relatively trivial, because the list of Hillary’s repugnant past misdeeds is long and well documented, and continues to this day. And all you have to do is look. So let’s take a gander at a few of the primary reasons that Hillary Rodham Clinton should never hold the office of the Presidency.

“…former Clinton mistress Sally Purdue received ‘a series of threatening visits, phone calls and letters.’ Purdue claimed that a man visited her who said, ‘If I was a good little girl, and didn’t kill the messenger, I’d be set for life: a federal job…I’d never have to worry again. But if I didn’t take the offer, then they knew that I went jogging by myself and he couldn’t guarantee what would happen to my pretty little legs.’”

You can read a comprehensive list of the threats here. That stance continues today, including Hillary’s complicit silence on the most recent news of Bill’s malfeasance: Reportedly hanging out on a secluded, private island with a convicted pedophile. 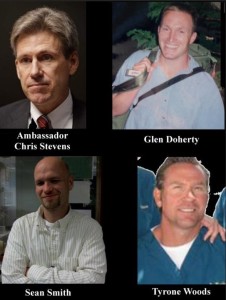 Well, something did happen in the world. Fast forward to September 11, 2012. No one knows what then-Secretary of State Hillary Clinton was really doing on the night our U.S. consulate and a CIA annex in Benghazi were both attacked by Islamic terrorists, resulting in the deaths of four Americans, including Hillary’s “friend,” our ambassador. What we do know is that she didn’t answer the call. Instead, she lied. And covered up. Immediately. And continues to do so, as the Middle East rages following her tenure.

The law is unambiguous. For this reason alone Hillary Clinton should be disqualified from holding the office of the Presidency. In fact, the inside of a jail cell is more like it. Bill Whittle outlines just how egregious the violation is, and how Hillary’s choice to selfishly embrace secrecy and control has placed the national security of every single American at great risk:

One could make a strong argument that the Clintons are the models for Francis and Claire Underwood in the Netflix series, House of Cards. And like the Underwoods, Hillary Clinton, like her listening tour, is a fraud. She is a Far Left Saul Alinsky radical with the same agenda for America as the current White House occupant. She doesn’t care about you. She doesn’t care about me. She doesn’t care about any of us. What Hillary Clinton does care about is power. Unlimited power. Just like Frank Underwood, she is dishonest, unethical, arrogant, and ruthless, and will do and say anything to get herself elected to the highest office in the land. And if you think the callous Barack Obama has been destructive to America—his eight years in office have been spent fundamentally transforming our nation into a weakened and debt-laden country—a Hillary Clinton presidency would be child’s play in comparison. Chuck Norris sums it up beautifully:

Open your eyes, America. Have we not learned anything? Is a third Obama term at the hands of Hillary Clinton, simply because she’s female, really what we want?