Previous post
Anti-Abortion Violence Will Surge According to Dems

Next post
Brian Stelter: It's Not Censorship, It's Harm Reduction 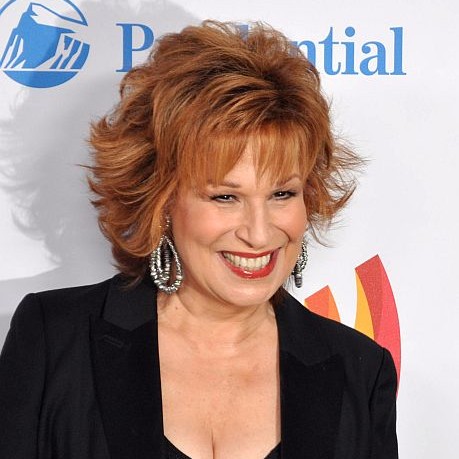 Sometimes, there are such truly awful and terrible ideas that everyone must pause and comment, “wow, that is very dumb.” And then there’s Joy Behar and her level of stupid.

Yes, Joy Behar, the overexposed nasty dim bulb of “The View,” has just offered her own solution to the crisis that schools across the country have experienced as a result of COVID-19, intransigent teacher’s unions, and lack of student engagement with online platforms. BEHOLD HER PLAN.

Sending kids back to school this year is so fraught with anxiety and uncertainty. Why not just have everyone repeat the year? Is that such a far out idea?

Yes, Joy Behar, it IS a “far-out idea,” and clearly you – and the thousands of people “favoriting” this tweet – have not thought through the logistical, practical, and social implications of such a half-assed, wave-a-magic-wand-and-all-will-be-well, snobbish and elitist plan from someone with a grandson in elementary school. How much do you want to bet that her grandson is in private school, what with grandma being worth $30 million and owning swanky real estate?

First, there ARE schools in this country that are open. Repeat the year? Does that include the kids who have been in-person since fall in private schools? Those who have managed to open up for any kind of hybrid learning? WHO decides which kids would need to repeat a whole year of school? The Department of Education? State superintendents? Local school districts? We can’t even get any kind of national consensus about opening up schools – there is no way on this earth that there would be a collective consensus about who should be repeating a year.

Second, loud and dumb Joy Behar has not in the least bit considered the logistical implications of her half-assed plan. Will there be a new group of kindergarteners allowed to start next fall? Or do we push everyone back in perpetuity, because we will always be making up that lost year? Does rich and clueless Joy Behar REALLY think that this year’s senior class, at ages 18 and 19 – legal adults – will happily accept a makeup year in high school? I can tell you right off what the practical implications of this brain-dead plan would be: juniors and seniors in high school would drop out immediately and get their GEDs. A high school diploma is not proof of learning – it’s only proof that you managed to attend classes for four years. It gives no indication of actual achievement. If 17 and 18 year olds learned right now that they would have to repeat a year, no one would show up to classes tomorrow. There would be a national drop-out rate and a run on GED tests like we have never seen before. And not only that, you would likely see students AND PARENTS across all grade levels simply quit. Why make the effort when you’re just going to have to do this all over again? The teachers might show up on Zoom because they still want to be in good standing with the unions to get their paychecks – and then be shocked, SHOCKED, when so many of them are laid off over the summer when student enrollment craters.

Let’s not even talk about the nightmare that this would create in special education, where many students are in adult educational programs for practical life and vocational training until they are 21 years old. There is already talk about making up this year for those students who have missed out – are we going to keep extending this program forever? (I have a vested interest in these programs, because this is the last school district program that my sons will be able to participate in, once they have their diplomas that indicate that they served four years in high school.)

And I can guarantee you that brain-trust Joy Behar has not considered the mental health or social implications of simply declaring this year a “do-over.” The mental health crisis among the children has escalated with tragic consequences.

Now, imagine implementing the stupid and callous Joy Behar plan, and telling students on an emotional cliff that the last year of their life was for naught. They have to repeat the school year. Can you imagine what that news would do to kids? And who knows what next school year will look like, if the teachers’ unions have their way.

But as we have learned, some people are just fine with child sacrifice – especially if it is the children who they deem “broken.” Not their own children, mind you – other people’s children.

They weren’t going to be fine, anyway.

And it’s ghoulish and sociopathic attitudes like that that enable Joy Behar to say “meh, just let the kids repeat this year! What’s the worst that could happen?”

Wealthy and vapid Joy Behar might feel fine asking that question from her multi-million dollar mansion, because she knows that she has enough wealth to cushion the ones she loves from real suffering. The rest of the kids who are languishing in lockdown, hoping that someday, they can go back to school? According to clueless and uncaring Joy Behar, they can take another hit. Who cares what the science says?

History is not going to be kind to those who decided that keeping kids out of school, sacrificing their educations and mental health, was worth keeping the teachers’ unions happy. The consequences of these decisions are going to be felt for decades. We MUST keep fighting to get back to normal, even as we move to protect our own children as much as possible, for those kids who do not have champions to fight their causes at home. After all, “let them eat cake” Joy Behar, with her millions of dollars and network platform, has not a care to give for the children who are locked out of school, and what their futures might hold.