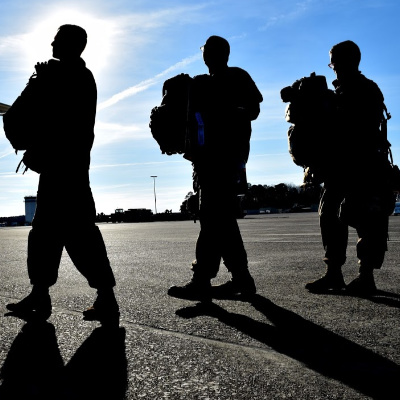 by Toni Williams in military 7 Comments

Memorial Day 2020, when we should all be mindful of and grateful for those who died on the battlefield under the flag of our nation, the New York Times has chosen to focus on racism in the military. Yesterday, the NYT published an article on the racist names of military installations “Why Does the U.S. Military Celebrate White Supremacy?”. Today, the paper published an article on the upper echelons of the military being too white, “African-Americans Are Highly Visible in the Military, but Almost Invisible at the Top”. Sow division on a day should inspire unity? That’s the Times.

What triggered this Memorial Day racial critique of the U.S. Military? It was a tweet from October 8, 2019 by Secretary of Defense Mark Esper:

Thank you @POTUS & @FLOTUS for hosting me & @DeptofDefense leadership for dinner yesterday at the @WhiteHouse, and for the continued leadership & support for the incredible men & women who serve to defend the Nation at home and abroad! pic.twitter.com/PJah6I7AXt

The twenty-three MEN in the picture, the upper echelon of military leadership, are all white. Too white. It is a fact that, at that moment in time, there were a bunch of white men of a certain age in that image. No argument there. The quotes from the Times critique of the upper ranks of military officers are so banal:

“The absence of minorities at the top means the absence of a voice to point to things that should have been addressed a long time ago,” said Brandy Baxter, an Air Force veteran who served in Iraq and Afghanistan and is African-American. “And from a human standpoint, this absence sends another message that here’s another space where we are not accepted.”

“The Army in particular is a pretty bubba-oriented system,” said Derek Chollet, a former assistant secretary of defense. “It’s about who’s going to take care of you. So if you don’t have senior leadership that makes fixing this a priority, it’s very hard to see it happening.”

These quotes sound like they were written 1979. The “I need to be around people who look like me” idea was popular during my teenage years. And, the “bubba-oriented” comment made me think, “It’s them Duke boys.” One would think that we would have moved on since then, but if you keep picking at a scab the wound will never heal. And, that’s the goal of the NY Times article/s. The problem is that it’s hard to move ahead in the U.S. military no matter what your race, color, creed, gender, or sexual orientation.

One of the officers interviewed in this article, Major General Dana Pittard, U.S. Army (Ret.), was at the upper level of the upper echelon. Pittard graduated from West Point and commissioned in the Army in 1981. He rose through the ranks and went through all the right schools and experiences. For over two years, General Pittard served as a military aide to President Bill Clinton and was responsible for the nuclear football.

In 2010 and 2011, Pittard assumed command of Fort Bliss, Texas and the First Armored Division. General Pittard is talented and very telegenic. Here is an interview with him when he was exiting his command at Fort Bliss:

His final assignment was Joint Forces Land Component Command-Iraq (JFLCC-I) in Baghdad where he led the initial fight against ISIS in Iraq. Here is a Pittard quote from the Times article:

The Trump presidency, minority service members said, has only magnified the sense of isolation they have long felt in a stratified system. “You had the feeling with Obama, that people were looking up” and trying to impress the country’s first black president, General Pittard said, adding that similar sentiments existed under Presidents George W. Bush and Bill Clinton. That pressure, he said, has disappeared with Mr. Trump. “There’s not somebody pushing it,” he said.

The problem is Pittard retired in 2015. Barack Obama was the President of the United States then. Barack Obama did not push for him. Or, maybe it was the General’s record that was problematic. In May, 2012, Pittard made some decidedly ill-considered comments on suicide. From The Atlantic:

Maj. Gen. Dana Pittard commands Fort Bliss, one the nation’s largest Army bases, so his blunt comments about suicide has raised eyebrows throughout the military.

“I have now come to the conclusion that suicide is an absolutely selfish act,” he wrote on his official blog recently. “I am personally fed up with soldiers who are choosing to take their own lives so that others can clean up their mess. Be an adult, act like an adult, and deal with your real-life problems like the rest of us.”

The posting was subsequently scrubbed from the Fort Bliss website, but the comments are adding new fuel to a contentious debate about whether the record numbers of troops who are taking their own lives are acting out of weakness and selfishness or because of legitimate cases of depression and other psychological traumas.

That would have sunk the careers of most General Officers. Pittard moved up to higher positions of leadership. Until there was a contract issue. Speaking of tight networks, the graduates of the United States Military Academy at West Point take care of their own. The General was accused of allegedly steering a government contract to a former classmate, according to the Washington Post in 2015:

A key Army commander in the U.S. war against the Islamic State has been reprimanded by the Pentagon for steering a defense contract to a firm run by two of his former classmates at West Point, becoming the latest high-ranking officer to land in trouble for personal misconduct.

Maj. Gen. Dana J.H. Pittard, who as the Army’s deputy commander for operations in the Middle East oversaw the training of Iraqi forces, was formally reprimanded in February after a three-year investigation by the Army’s inspector general, according to documents obtained by The Washington Post under the Freedom of Information Act.

General Pittard was very blessed in his career. Anything can be a career killer in the military. Although the military hopes you do well, they have to weed people out for the smallest of sins.

The men and women of the United States military are not leading people on to the trading floor of New York Stock Exchange. The commissioned and non-commissioned officers are leading people on to the battlefield, where injury or death are a possibility. It’s difficult to make the jump from Lieutenant Colonel to Full Bird Colonel. To get one star is nigh on impossible for anyone.