Previous post
The Left's Favorite "Activist" is an anti-Semitic Sow 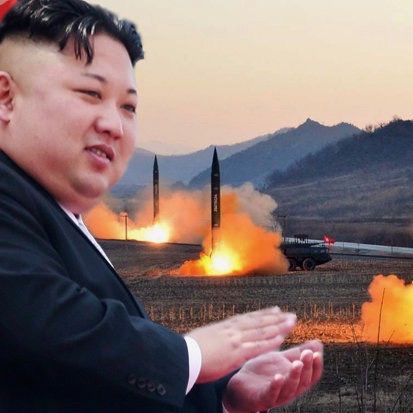 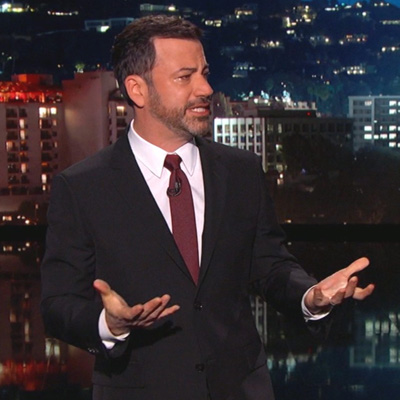 Don’t you dare disagree with late night host Jimmy Kimmel about health care. If you do, he’ll want to beat you up, because he now claims moral authority over the issue. Dissenters emerge from the bowels of hell, or something.

Kimmel uses his baby son’s experience with heart surgery to plug the continuation of Obamacare. In Kimmel’s view, children will die from serious health conditions if the government doesn’t shell out money to pay for it. “If your baby is going to die and it doesn’t have to, it shouldn’t matter how much money you make,” said Kimmel.

Do you know any conservatives who want children to die? Neither do I. And if you know of any Republican politicians who advocate such a position, please let me know.

But woe to the person who challenges Kimmel as to the mechanics of health care and politics. Brian Kilmeade of Fox and Friends did just that, and drew Kimmel’s wrath. Kilmeade said this on Wednesday morning:

“Sunday’s politically charged Emmys may have been the lowest rated in history, but that isn’t stopping Hollywood elites like Jimmy Kimmel from pushing their politics on the rest of the country.”

And then Kimmel fired back on Wednesday night:

Oh, that’s so nice. Why is it that liberals preach peace and love and coexist, except if you disagree with them? Then they want to physically thrash you.

And, of course, the liberal media thought Kimmel beating the crap out of Kilmeade was just dandy.

Boy has @JimmyKimmel got THIS right. @Kilmeade is the Eddie Haskell of @FoxNews – even to me. As Kimmel says, he dreams of being "elite." https://t.co/LraHRMSOGq 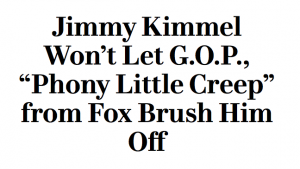 And finally, Salon.com. Oh, what would journalism be without the far left bleatings of Salon? It claimed that Kimmel “destroys Republicans and pundits who said he was uninformed about health care.”

But what about Kimmel wanting to “pound” Kilmeade? Oh, never mind. Now, could you imagine the reaction if it was, say, Tucker Carlson who wanted to pummel the daylights out of Rachel Maddow? Why, it’d be all over MSNBC and liberal blogs for days.

So how did Brian Kilmeade react? Here’s Kilmeade:

So which was the classier response? Kilmeade is correct: Kimmel is trying to foist his politics upon the country. Moreover, it seems that media and Hollywood elites have carte blanche to sound off on politics. However, don’t you dare disagree with them. They just might want to physically assault you.

Oh, and by the way, here’s a photo of Kimmel’s little son, Billy, taken in August. 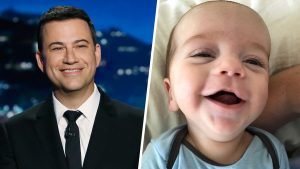 The little guy needs two more surgeries. And, like Brian Kilmeade, we here at Victory Girls pray for a full recovery for sweet little Billy Kimmel.