Next post
"Hazy Start" To Afghan Withdrawal Per Pelosi 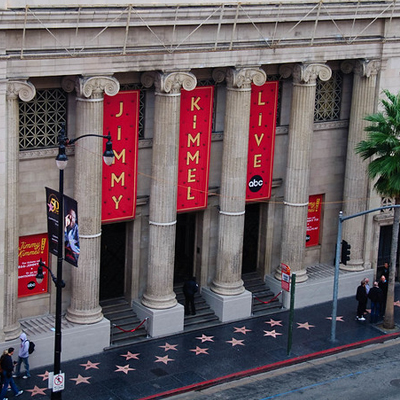 Jimmy Kimmel returned to his late night show after a summer break, and immediately launched into the unvaccinated during his opening monologue. He also trashed people who took ivermectin as a coronavirus treatment, calling them “pan-dimwits.”

He also mocked Melania Trump and praised Jill Biden for returning to her job teaching at a community college. But what else is new?

Kimmel’s take on the unvaccinated? If you haven’t taken the jab, you shouldn’t be allowed into the ICU.

“Dr. Fauci said if hospitals get any more overcrowded they’re going to have to make some very tough choices about who gets an ICU bed. That choice doesn’t seem so tough to me. ‘Vaccinated person having a heart attack? Yes, come right in, we’ll take care of you. Unvaccinated guy who gobbled horse goo? Rest in peace, wheezy.'”

This from the guy who tearfully told his audience in 2017 about his little boy Billy’s congenital heart condition, using it to make a plea for health care for all:

“Let’s stop with the nonsense, this isn’t football, there are no teams. We are the team. It’s the United States. Don’t let their partisan squabbles divide us on something every decent person wants. We need to take care of each other.”

But that was then. Now, says Kimmel, if you don’t take the jab you deserve to die.

Alternate: @JimmyKimmelLive @jimmykimmel basically is saying HEALTH CARE IS NOT A RIGHT.

But the Left loves hating on the unvaccinated, don’t they? For example the New York Times featured not only Jimmy Kimmel first in its “Best of Late Night” lineup, they also yucked it up with Stephen Colbert, too, with these gems:

“So you will probably still get Covid, but on the bright side, you could win the Preakness.” 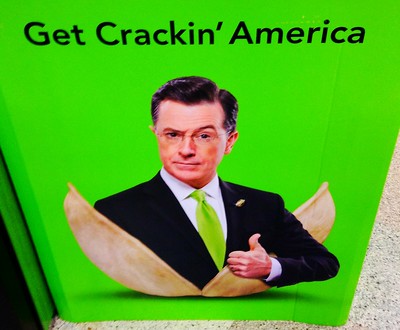 Now I’ve had the vaccine, as has my entire family. Plus, most of the local Republicans whom I know also have taken the vaccine, including an older woman with heart conditions. She took the jab at the insistence of her oncologist daughter. There’s also a man I know who has cancer and has taken the booster on his doctor’s advice. Are there some who refuse? Yes, of course. But they’re in the minority.

As for taking ivermectin — I don’t know anyone who has used it, or who has promoted it. And I live in the Kansas City area, home to the American Royal, a yearly exhibition of livestock, rodeo, and lots of horses.

All this is anecdotal, of course, but what Jimmy Kimmel and Stephen Colbert say cuts to this truth: they despise you. And if you’re a conservative, you haven’t been vaccinated for Covid, they assume. Plus you’re probably stockpiling ivermectin in case you do contract Covid — especially if you live in the Midwest or the South, because rural people. And horses and stuff like that.

It’s the same contempt which led Rolling Stone to publish their story about the town in Oklahoma where emergency rooms are filled with rubes who took ivermectin and fell sick. In Rolling Stone‘s world it just had to be true — dumb hick Okies won’t take the Covid shot but they’ll take horse deworming paste.Then they clog up the emergency rooms so much that gunshot victims can’t get help (who knew that rural Oklahoma was like the Englewood neighborhood of Chicago?).

But a doctor said so! So it must be true!

Except it wasn’t. But it fit their narrative, didn’t it?

“The test of a political claim in our time is not whether it is true or false but whether it raises or lowers the status of our enemies.”

Many of us are old enough to remember Johnny Carson, and later Jay Leno, who skewered politicians, but were more even-handed in their jokes. You suspected that maybe Leno was a Democrat, but he never viciously attacked Republicans in his audience. He welcomed all viewers, as did Carson. Plus, they were both, well . . . funny.

Jimmy Kimmel and Stephen Colbert, however, are of a different breed. They use malicious yucks to lower the status of their enemies, as Williamson wrote. In their world their political enemies are untermesch who don’t deserve any status in a decent society. It’s no longer about the humor. It’s now about humiliation.