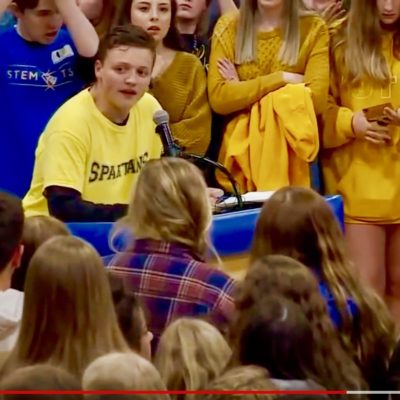 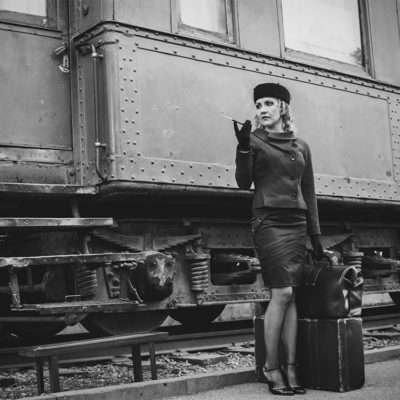 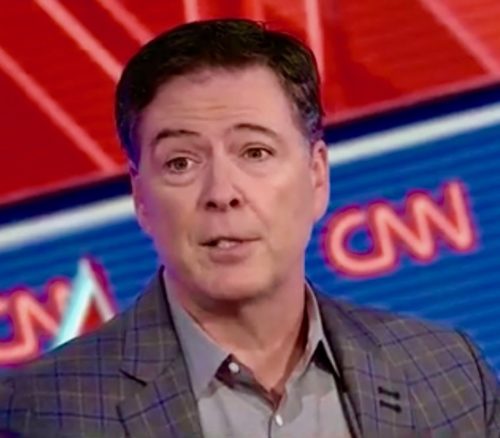 James Comey got another chance in the limelight last night. CNN’s Anderson Cooper gave him a full hour of free airtime to blather on about this, that, and Trump.You see, Trump is a chronic liar and he did something wrong and we’ll get him for it! The minute Trump is no longer President, Comey is absolutely sure that Trump will be indicted for…something.

If you can handle it, here’s the full town hall love fest.

Yes, I know, a number of our great readers couldn’t watch. I don’t blame you. Here’s a few of the highlights.

Obama had a difficult time figuring out what to do about Russian interference.

“”That’s a hard question. President Obama faced a very difficult choice. The No. 1 goal for the Russians is to damage our democracy and undermine faith in our electoral process,” Comey responded. “If he makes an announcement that the Russians are coming for the election, has he just accomplished their goal for them and has he given Donald Trump an excuse to say, ‘Obama fixed the election’? So I get why he struggled with it.””

I confess, it took me about five minutes to stop laughing after hearing all of that. Obama struggled with EVERYTHING that had to do with our national security. It took him HOW many months to decide to send our Seals after Bin Laden? So yeah, don’t tell me that Obama was being thoughtful about this Russian interference. He wasn’t. He wanted Hillary to deal with it, and then when it was Trump? Dunk on Trump was his choice.

The FBI sending an ‘investigator’ to spy on George Papadopolous?

“He dismissed the notion that it was “spying” and called it “reasonable” and a “totally normal step” based on the investigation.”

Then why cover it up? Why hide it from public view? If this was a ‘totally normal step’ in the investigation, why did it take FOIA disclosures and the Mueller investigation for this information to come to light in just the last couple of weeks?

Let’s chat about the Steele Dossier shall we? What did Comey have to say about it when asked?

BREAKING: James Comey just said the FBI did in fact confirm parts of the Steele Dossier

The part where Deputy Assistant Secretary of State Kathleen Kavalec on Oct. 11, 2016 wrote a major memo showing that the Donald Trump dirt in the Steele Dossier was inaccurate and leaked to the media? Specifically to the Washington Post and New York Times?

Deputy Assistant Secretary of State Kathleen Kavalec wrote on Oct. 11, 2016, that Steele told her the Russians had constructed a “technical/human operation run out of Moscow targeting the election” that recruited emigres in the U.S. to “do hacking and recruiting.”

She quoted Steele as saying, “Payments to those recruited are made out of the Russian Consulate in Miami.” Kavalec bluntly debunked that assertion in a bracketed comment: “It is important to note that there is no Russian consulate in Miami.” Wow! This is FUBAR!

At least 10 days before the FISA warrant was submitted to the court, key people at the FBI KNEW that the Steele Dossier was a load of shit on a stick. But they persisted and used the FISA warrant to pounce …on something.

Yet after all of that, last night James Comey sat on national television and told us that he is absolutely SURE Trump will be indicted for a crime of some sort as soon as he leaves office.

“”In a CNN town-hall-style meeting, Mr. Comey was asked by host Anderson Cooper whether Mr. Trump acted with corrupt intent to interfere with an ongoing investigation.

“It sure looks that way,” Mr. Comey replied, saying he based that judgment on his reading of special counsel Robert Mueller’s report and leaning most heavily on Mr. Trump’s order to White House Counsel Don McGahn to fire Mr. Mueller.

When Mr. Cooper asked the former FBI chief whether he agreed with an open letter from numerous federal prosecutors that Mr. Trump would already have been indicted on obstruction of justice charges, Mr. Comey was emphatic.

On what charges? Comey has no idea or isn’t willing to say. When Cooper alluded to his letting Hillary off? THAT’S DIFFERENT! You see, she didn’t intend to do any wrong. That’s his story and he’s sticking to it.

Poor James Comey. He knows his butt is in a sling. He knows per Kavalec and Victoria Nuland that the Steele Dossier was horse shit. He also knows that his tap dance last night to keep the Russia collusion and Trump criminal narrative alive was just a desperate attempt to save his own hide.