Previous post
Abortions: Be Thankful For Them, Says The Nation 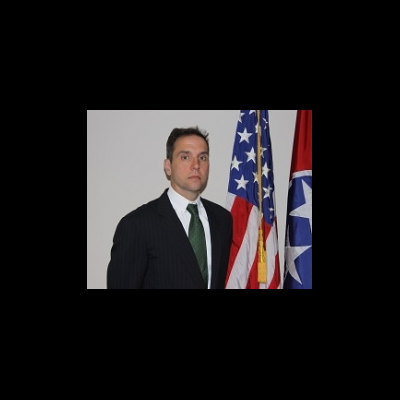 Jack Smith, appointed Special Counsel to investigate Donald Trump by AG Merrick Garland, was hailed by the Legacy Media as a tough, but fair, non-partisan attorney. That was our first clue that he was a partisan hack. All it takes is a quick internet search to find out that Mr. Smith was Chief of the Justice Department’s Public Integrity Sector and looked for ways to torment and charge the Tea Party during the Lois Lerner/Barack Obama days. But, wait, there’s more.

We have one thing to be grateful to Mitch McConnell for: Merrick Garland is not a Justice on the Supreme Court. Can I get an Amen. Amen. That is a subject for a deep dive on another day. Today, the subject matter for evisceration is Jack Smith, and he is worthy of evisceration.

Jack Smith is beloved by the Elite Statists. From New Hampshire Public Radio:

In announcing Smith’s appointment, Garland called Smith “the right choice to complete these matters in an even-handed and urgent manner.” Here, a look at Smith’s background and career.

He most recently investigated war crimes
Smith most recently worked at the International Criminal Court at The Hague in the Netherlands, investigating and prosecuting war crimes. The DOJ said Smith conducted “sensitive investigations” of foreign government officials and militia members on charges related to war crimes, crimes against humanity, and genocide.

From 2008 to 2010, he had served as the investigation coordinator in the International Criminal Court prosecutor’s office.

In 2015 Smith and his team prosecuted Virginia’s former governor, Robert McDonnell, on a series of corruption charges. That same year they prosecuted former CIA officer Jeffrey Sterling for leaking classified information and obstruction of justice.

Just one problem with the conviction of Bob McDonnell, it was overturned by the Supreme Court. Before that in 2010, Jack Smith went after the Tea Party patriots:

On Oct. 8, 2010, Smith, then-Chief of the DOJ Criminal Division’s Public Integrity Section at the time, called a meeting with former IRS official Lois Lerner “to discuss how the IRS could assist in the criminal enforcement of campaign-finance laws against politically active nonprofits,” according to testimony from Richard Pilger, then director of the section’s Election Crimes Branch and subordinate of Smith’s, to the Oversight Committee. Lerner eventually resigned from the IRS in 2015 following criticism of her targeting of conservative groups when denying or delaying tax-exempt status. (RELATED: Merrick Garland Announces Special Counsel For Mar-a-Lago, Jan. 6)

“This seems egregious to me – could we ever charge a [18 U.S.C. §] 371 conspiracy to violate laws of the USA for misuse of such non-profits to get around existing campaign finance laws + limits?,” Smith wrote in an email to colleagues, per the Oversight Committee report. His email suggested that the department investigate conservative non-profits that reportedly may have violated campaign finance laws, according to The New York Times.

“Show me the man and I’ll show you the crime.” – Lavrently Beria, Chief of Stalin’s Secret Police. Could also be the Biden Injustice Department motto. As Jim Jordan points out in the video below, Obama’s IRS chief, Lois Lerner, targeted Conservatives and then Smith, representing the Obama Justice Department tried to prosecute them.

This Smith guy looks like the perfect character to portray Lavrently Beria in a movie.

Guess who was the lead person at the Justice Department looking for ways to target and prosecute the very people Lois Lerner went after?

I don’t think he has the judicial chops to go after Trump, but then we may get Episode #5219 of “The Walls are Closing In”.

The wife of newly appointed special counsel Jack Smith is a filmmaker who produced a movie about former first lady Michelle Obama and donated to President Biden’s 2020 campaign.

Katy Chevigny is credited as a producer on “Becoming,” a 2020 documentary about Obama, and Federal Election Commission records show that she donated $2,000 in support of Biden’s presidential run that same year.

“Becoming” centered on the former first lady’s 2019 book tour promoting her memoir of the same title. Big Mouth Productions, where Chevigny is employed as a director and producer, is listed as one of the production companies that worked on the film.

Mr. Smith sounds like the perfect avatar for the Department of Justice under Joe Biden. Nothing to see here if you are a Democrat. Guilty, no matter what, if you are not. From Tea Party Tormentor to Trump Tormentor. You little people shut up.