We here at Victory Girls are keeping a close eye on the exit polls in Israel this evening. Now that the polls have officially closed, the initial results look promising that Prime Minister Benjamin Netanyahu and the Likud party will be able to form a coalition to form the next Israeli government. 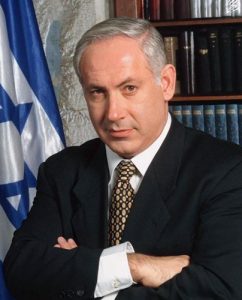 From The Times of Israel:

Polling stations opened at 7 a.m. on Tuesday as Israeli citizens headed for the ballots to vote for Israel’s 20th Knesset. Polls from the end of last week had left options open for a tight race. The TV exit polls were published at 10 p.m., as polling stations closed, after which official results began to roll in. The official final results won’t be publicized until Thursday.

Unlike years past, analysts had said the race between Likud and Zionist Union, the two leading factions, was too close to call with confidence; but the exit polls showed Netanyahu clearly better placed to build the next coalition.

If the current exit polls are accurate, the new Knesset will look like this:


Victory Girls will continue to update the results and news as the evening progresses.

UPDATE 4:57 PM EDT:
Prime Minister Netanyahu has posted this on his Facebook page.

Now, to build the coalition.

The final results will not be published until Thursday, but if all the media outlets are polling with similar numbers, it is unlikely to change the outcome.

On Israeli election, @PressSec says Pres Obama confident he can work closely with whomever the Israeli people choose.

UPDATE 7:39 PM EDT:
Netanyahu has given his victory speech.

“We have scored a major victory for the nationalist camp headed by Likud,” Netanyahu said.

“I’m proud of the Israeli people because at the moment of truth they knew to differentiate between challenge and nonsense and they took up the challenge,” the prime minister said.

Netanyahu said that his government will work to improve on “the most important things for all of us, which genuine security and socioeconomic welfare.”

After the prime minister raised eyebrows in the latter stages of the campaign by warning of a high voter turnout among Israel’s Arabs, Netanyahu seemed to be extending an olive branch to Israel’s minorities during his speech.

And an exit question:

This is going to be a long two years.

UPDATE 9:18 PM EDT:
Because the official tally has not been released yet, Isaac Herzog of the leftist Zionist Union is refusing to concede the race. He is hoping for a comeback, but so far, the numbers are not adding up for Herzog.

Election returns show Likud with lead on Zionist Union, unike 2 exit polls that showed them tied: 24% of vote compared to 19%

Netanyahu will have to work to build a majority in the Knesset, probably by appealing to the new Kulanu party, which will most likely have a projected 10 seats.

Either (Netanyahu or Herzog) will likely need the support of Moshe Kahlon, whose new Kulanu party captured nine or 10 seats, according to polls. Kahlon, whose campaign focused almost entirely on bread-and-butter economic issues, refused to take sides, but he is a former Likud minister.

Actual election numbers can be seen here. The page is in Hebrew, but can be translated.