Previous post
WaPo: How To Find A Feminist Boyfriend

DiBlasio and the NYPD 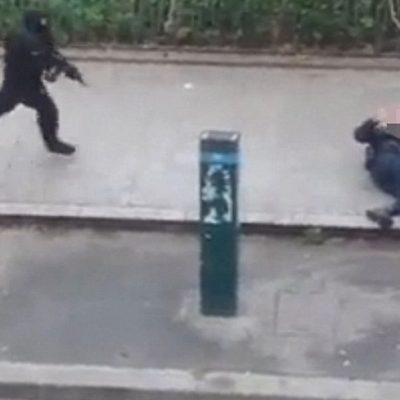 DiBlasio and the NYPD

There are those who truly believe with all their hearts that the police are not allowed to express an opinion or even have one that is not in line with the mayor of their city. And they believe the men and women serving and protecting the City of New York were not allowed to turn their backs on the mayor who has shown he has no respect for them or the difficult job they do. Which frankly violates their first amendment rights. To be blunt, I can find no reason that police and other civil servants can not (within limits get involved with political causes or be part of a in non-violent acts of civil disobedience. And having the man who cheered on the cop killers at a funeral get a response from the police of a polite, silent turning of their backs on him while he is bloviating is appropriate. Having the police spit on him, crap on his car or do the lovely actions of the fine gentlemen and ladies of Occupy Wall Street is not.

Now the officers wounded in the Bronx by an armed robber with an illegally purchased firearm did not appreciate the visit from DiBlasio.

The two police officers shot by a Bronx robber they were trying to arrest would have rather not gotten visited by Mayor de Blasio, family and fellow cops told The Post on Tuesday.

The father of the more seriously wounded of the pair, Officer Andrew Dossi, 30, said his son “wasn’t too happy about the mayor’s visit.”

You think? To make it worse, DiBlasio did not have the dignity to show respect to the two wounded officers or their families on the way to his photo op.

“He deals with some crappy people every day and getting no support — come on,” Joe Dossi said, referring to the feud between the NYPD’s rank and file and de Blasio over unrestrained anti-cop protests and the mayor saying he had cautioned mixed-race son Dante to be wary of cops.

Officer Dossi’s dad summed it up nicely. As for little diBlasio and his daddy respect the cops and they will respect you.

“These are the guys in the trenches dealing with anything and everything,” the proud dad said.

The elder Dossi said he even gave de Blasio a piece of his mind at St. Barnabas Hospital when the mayor stopped by with NYPD Commissioner Bill Bratton following the Monday night shooting.

“I told him these guys are laying their lives on the line,” Joe Dossi said.

But de Blasio did little to lift the shot cop’s spirits, his dad said.

“The mayor seemed passive, like he was just listening to what Bratton was saying and what I was saying,” Joe Dossi said.

Prayers for the Dossi and Pellerano families. And DiBlasio, catch a clue. Your words and actions have consequences.