Previous post
James Foley Mom Shocker: We Were an Annoyance To US Officials 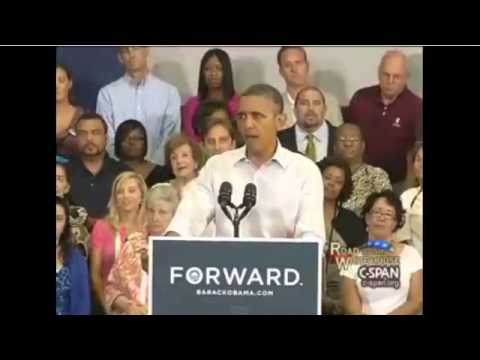 If these new numbers are indeed accurate, we are in a lot more trouble than we would like to think we are. The initial estimates of ISIS/ISIL membership were around 10,000. The CIA is now estimating that ISIS numbers are somewhere in the 20,000 to 31,500 range.

“This new total reflects an increase in members because of stronger recruitment since June following battlefield successes and the declaration of a caliphate, greater battlefield activity and additional intelligence,” the spokesman said.

And let’s not forget that many of those fighters hold passports in Western countries.

More than 15,000 foreign fighters, including 2,000 Westerners, have gone to Syria, a CIA source told CNN on Thursday. The fighters come from more than 80 countries, the source said.

Add this to the president’s decidedly lackluster speech of Wednesday night, and it becomes apparent why new poll numbers state that Americans are feeling much less safe these days.

As I have stated before in a previous post, it really does not matter that President Obama considers ISIS to not be truly “Islamic,” as he stated yet again in Wednesday’s speech:

Now let’s make two things clear: ISIL is not “Islamic.” No religion condones the killing of innocents, and the vast majority of ISIL’s victims have been Muslim. And ISIL is certainly not a state. It was formerly al Qaeda’s affiliate in Iraq, and has taken advantage of sectarian strife and Syria’s civil war to gain territory on both sides of the Iraq-Syrian border. It is recognized by no government, nor the people it subjugates. ISIL is a terrorist organization, pure and simple. And it has no vision other than the slaughter of all who stand in its way.

Pay attention very closely, Mr. President: ISIS calls ITSELF the “Islamic State.” They BELIEVE that they ARE practicing Islam. You can say it isn’t “Islamic” to kill innocents or other Muslims. ISIS seems to vehemently disagree with your interpretation of Islam. And as they are the ones actually beheading people in the name of Islam, I don’t think they really care if YOU think this isn’t “Islamic.” At this point, your opinion no longer matters.

Yes, ISIS is a terrorist organization. And thank you for finally admitting that there was an al Qaeda affiliate in Iraq that we were fighting there after the fall of Saddam. But this is a problem born of your insistence that we remove all troops from Iraq, just so you could campaign with that. Not that you would ever admit to that.

And now those who believe that ISIS really is “Islamic” are headed there to fight for Islam and create the “state” of their dreams. And they are coming from all different groups, and some are even families and women.

It’s little wonder that Americans are feeling less safe than since 9/11, or that Democrats are beginning to hit panic mode on how Obama is taking down their credibility on foreign policy.

And we have two more years of this to live through. Our only hope is that if Obama truly is doing Carter-like damage to the Democrats, then perhaps a Reagan will arise.