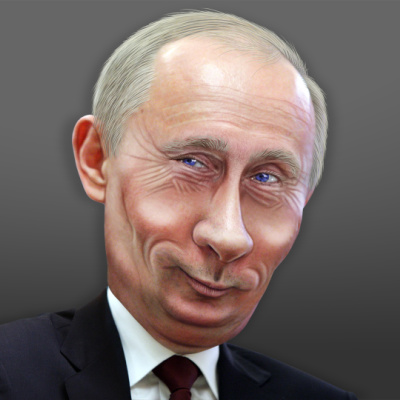 Joe Biden and Russian President Vladimir Putin will meet in Geneva on Wednesday in their first one on one meeting since Biden was inaugurated. In an interview with Keir Simmons of NBC News, Putin landed a solid punch and Biden has nothing. The shambolic President * had nothing but cowardly bluster in his best days. Wednesday is going to be a bloodbath.

In sizing the two men up, Biden is no match for Vladimir Putin. Joe Biden is a palooka. Joe graduated from law school 76th out of 85. Shortly after that inauspicious event, he became a United States Senator. He has, derisively, been called the Senator from MBNA because of his friendly relations with the credit card industry. Joe Biden still owes Justice Clarence Thomas an apology from Thomas’s confirmation hearings. We are still awaiting the “shovel ready jobs” from when Biden was Veep for Barack Obama. Dementia Joe campaigned from his basement in 2020 and when out once uttered those infamous words, “Lying, dog-faced, pony soldier”. He’s a mean, nasty coward.

Vladimir Putin is a killer with a killer instinct, in every conceivable way. His background is in the KGB and FSB. An article by the BBC has the quick and dirty information:

FSB. The letters are not just familiar to fans of spy thrillers. They have come to symbolise Vladimir Putin’s grip on power in Russia.

Russia’s secretive security agency has gained notoriety around the world with its intelligence and counter-terror operations.

But with roots in the Soviet Union’s KGB secret police, allegations of state-sanctioned killings and close ties to the president, it faces questions about its true nature and ambitions.

Putin announced he was divorcing his wife after taking her to the ballet, which is sacred in Russia. He is an audacious killer with no conscience. You know that Putin is just waiting for Biden to accuse him of attempting to kill Alexei Navalny or knowing who committed the recent cyberattacks in the U.S. Putin in 10 years younger, more fit and at the top of his game. Plus, Biden has the receipts on Biden with the help of the Democrat Party and the legacy media.

What do I mean by that? Remember for more than two years, the Democrat Media Industrial Complex accused Donald Trump of being in the pocket of Vladimir Putin. It was never true. Putin knows it’s not true. In his interview with Keir Simmons of NBC News, Putin plays that coyly:

Saying, “I’m surprised we have not yet been accused of provoking the Black Lives Matter movement,” Russian President Vladimir Putin brushed off serious accusations made by the US against Russia, including election interference, cybercrime and the detention and attempted assassination of dissident Alexei Navalny.

Ahead of his summit Wednesday with President Biden in Geneva, the Russian leader told NBC News that American allegations that Russian hackers or the Kremlin itself were behind cyberattacks in the US were “farcical.”

“We have been accused of all kinds of things,” Putin told the network. “Election interference, cyberattacks and so on and so forth. And not once, not once, not one time, did they bother to produce any kind of evidence or proof. Just unfounded accusations.”

He added: “I’m surprised that we have not yet been accused of provoking the Black Lives Matter movement.”

You hear that Nancy Pelosi, Adam Schiff, Eric Smallballs and every member of the legacy media? You gave that to Vladimir Putin. You gave him the receipts to use against us. Russia spent maybe $1 million on Facebook ads. You gave aid and comfort to our Russian adversary.

And, Vladimir Putin knows that you are holding political prisoners from the January 6 Capitol breach. From The Hill:

Russian President Vladimir Putin in a new interview pointed to arrests stemming from the deadly Jan. 6 attack on the Capitol as evidence that the U.S. cracks down on political dissent when challenged about the Kremlin’s actions.

Putin said the arrests of hundreds of suspects in the insurrection and the death of one rioter show that the U.S. targets its citizens for their political opinions.

“We have a saying: ‘Don’t be mad at the mirror if you are ugly,’” Putin told NBC News in an interview ahead of his in-person meeting with President Biden later this week.

How much you want to bet that Vladimir Putin knows what Nancy Pelosi’s role was in the January 6 riot? Vlad probably knows who killed Ashli Babbitt.

Vlad beat Joe to the punch already. When the champ meets the palooka, it’s going to be a bloodbath. That’s not how the Democrat Media Industrial Complex will spin it, but Vlad will know and that is all that matters in the real world. This gives me no joy whatsoever. I would rather my beautiful country not look weak in front of a killer thug.