Next post
#Baltimore: Where the Progressives Get It All Wrong 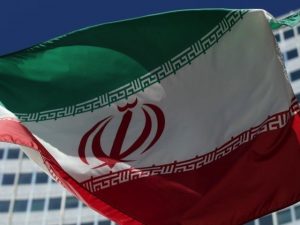 Col. Steve Warren, a Pentagon spokesman, said the cargo ship’s master had initially refused an Iranian order to move further into Iranian waters, but after the warning shots were fired the Maersk Tigris complied.

The cargo ship, which had more than 30 people aboard, was directed to waters near Larak Island, he said.

“It is inappropriate” for the Iranians to have fired warning shots across the ship’s bridge in those circumstances, Warren said, adding that it was too early to know whether the Iranian intervention amounted to a violation of the freedom of navigation through a waterway heavily used by international shipping.

The spokesman said the U.S. government has “certain obligations” to defend the interests of the Marshall Islands, but he was uncertain how those obligations apply in this situation.

According to the navigational routes, the Maersk Tigris was NOT in Iranian waters.

Maersk Tigris was clearly in international waters and diverted by Iranian navy pic.twitter.com/3hVbLy0KlG

And while this may not have been a United States ship (as was initially reported), the United States is still obligated to respond to this aggression.

USA has a legal obligation to treat an attack on Marshall Islands like an attack on the USA http://t.co/FKQb1z1E9H pic.twitter.com/A9vPL0rQa6

Or, at least, we would be responding if…. you know… the president actually gave a damn. But he’s desperately trying to suck up to Iran and get a nuclear deal done.

First, they came for the Marshall Islanders, but I did nothing because it would have interrupted my Peaceful Iranian Nuke narrative.

Claim that seizing Marshall Islands-flagged ship isn't threat to U.S. is as plausible as claim an attack on Puerto Rico isn't attack on U.S.

The destroyer USS Farragut is on its way to the scene, but it is not known how long it will take the ship to get there. And once they are there… then what? Take pictures? Wave to the 30-some people onboard as they get directed to dock at Bandar Abbas, where Iran’s largest naval base is located? Is this what we have to look forward to?

when iran has nuclear weapons they will be able to do this sort of thing whenever they want, without repercussion.

The problem is, even without a nuclear weapon and under the Obama Doctrine of “give Iran everything they want,” there won’t even be any repercussions now.

UPDATE 2:40 PM EDT:
Al Jazeera is claiming that the ship has been released.

There is no other official confirmation of that yet.