Next post
Blame Baltimore Riots on the Nation's Military? But, of course! 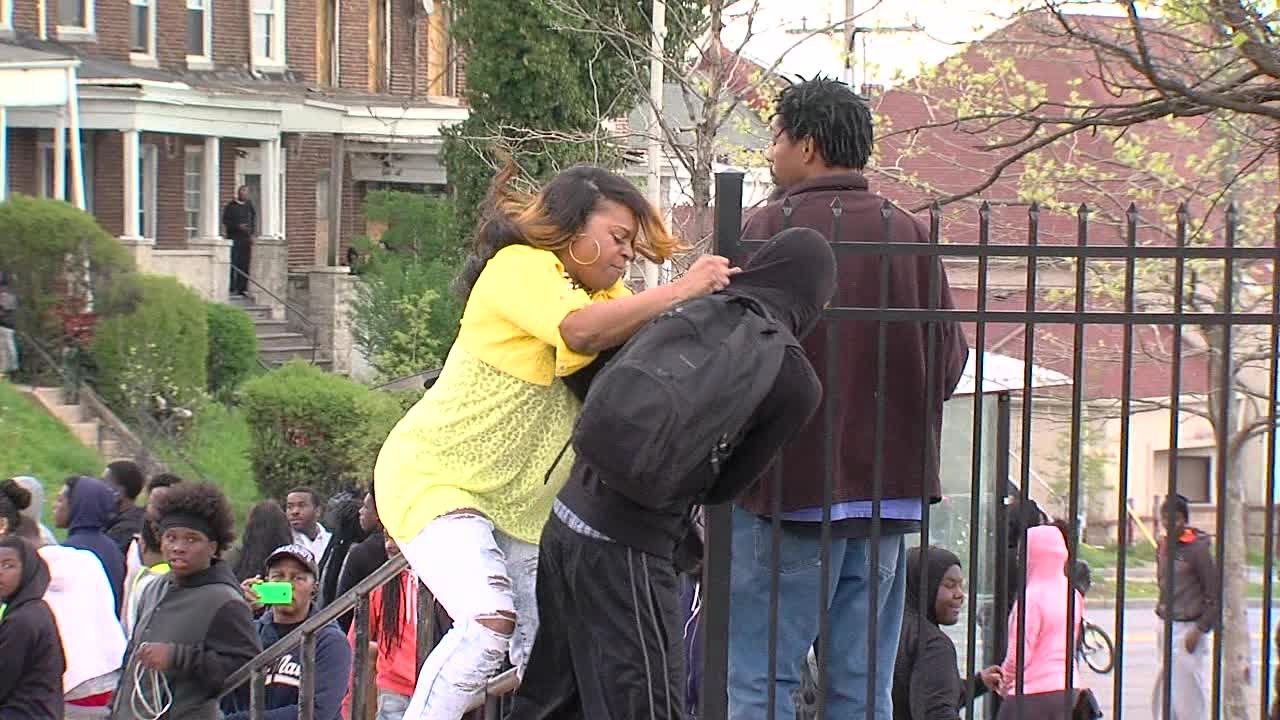 Here’s the most viral video to come from the Baltimore riots — at least so far. It shows what is assumed to be one angry momma smacking her son upside the head as he’s on his way to join the rioting thugs.

We cheered her. We made internet memes of the smack down of her truant son. 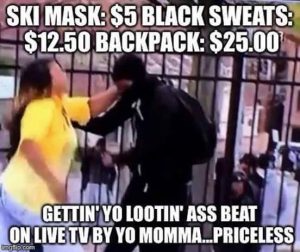 I cheered her on as well, but I also found myself asking, Does the boy have a father in the house?

The sad truth is, he probably doesn’t. And despite all the hand-wringing by liberals that the problems in the inner city black community come from the evil police, or lack of jobs, or poor schools, or lack of ‘activities’ for youth — or that time-worn canard, the “legacy of slavery” — I believe the source for that community’s dysfunction stem from the lack of marriage between the parents of these kids.

“Is the reason the black family was far healthier in the late 1800s and 1900s that back then there was far less racial discrimination and there were greater opportunities? Or did what experts call the “legacy of slavery” wait several generations to victimize today’s blacks?”

Over 20 years ago, in 1993, social historian Barbara Dafoe Whitehead wrote an article for The Atlantic which should have been a watershed for American culture. Entitled “Dan Quayle Was Right,” Whitehead wrote:

We should’ve heeded Whitehead’s arguments. Instead we have a rapidly ballooning illegitimacy rate for all races.

From my own observation I strongly concur with Whitehead and Williams. I worked for 17 years in an urban school district as a speech pathologist in an elementary school, finally leaving in 2009 after having had enough. My school — at the time that I worked there — was majority white with an approximate 30% black population. The socioeconomic composition was mostly working class, with some poor kids.

I witnessed the progression of my school from a basically decent place to one in which the special education population had exploded, and where district-based behavioral ‘experts’ were frequent visitors, designing ‘behavior plans’ that were often not worth the paper on which they were printed. Out-of-school suspensions of these young children were multiplying. At the time I left there were students already diagnosed with psychological disorders.

And the one constant among these problem kids? Nearly every one of them came from a single-parent home. It made no difference what race they were. It was who was absent in the home — the father.

No, a single-parent home is not hopeless. Yes, there are plenty of kids who do just fine with a single mother in the home. But those odds go way, way down when the surrounding culture is also fatherless.

Think in terms of the ‘herd immunity‘ phenomenon of vaccinations which keep disease outbreaks from occurring. When the vast majority of children are immunized against disease, the one or two children who are not immunized benefit from the fact that disease is not present in their peers.

Now consider that when most children in a community are raised in two-parent homes, those who are raised by a single mother are more likely to be influenced by the stable social environment around them. When a large percentage lack the stability which comes from a two-parent family, that cultural immunity is broken down. When the percentage consists of most of the children being illegitimate, the results are socially disastrous.

The chasm between social orders with accepted mores and behaviors and those without can be seen in these two pictures taken during two different natural disasters.

Here are Japanese citizens queuing up for supplies after the massive earthquake of 2011. 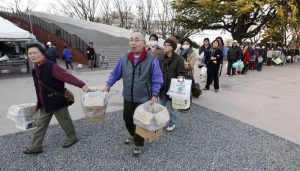 Here are looters in New Orleans after Hurricane Katrina struck in 2005. 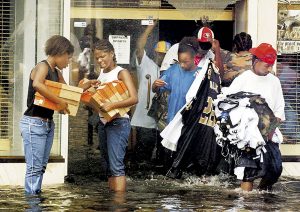 One is a traditional society where manners are expected to be followed. The other is a society in chaos after decades of decline in the traditional family structure.

No amount of money thrown at the inner city, or youth programs, or education will bring the social pathology evidenced in Baltimore to a halt. It must come from within the community itself, and it needs to start by fathers and mothers marrying and raising their offspring together.