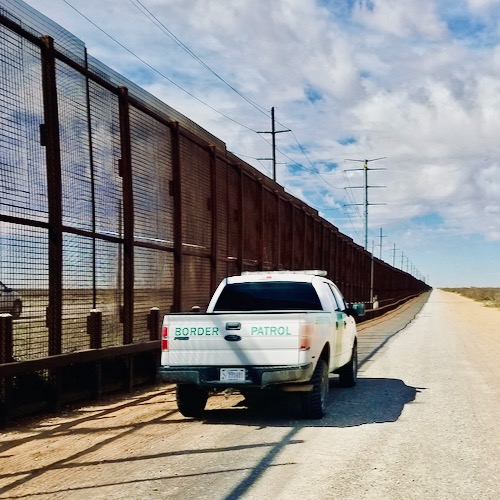 A soldier is missing, feared dead, and the illegals that were rescued by that soldier have been identified as drug traffickers.

Two illegal migrants who a now-missing Texas National Guard soldier tried to save from a river were involved in “illicit transnational narcotics trafficking,” officials said Saturday as the search for the missing service member resumed.

The soldier went missing on Friday after entering a river in Eagle Pass to help two migrants who officials say “appeared to be drowning as they illegally crossed the river from Mexico to the United States.”

The search is still on-going and the family has been notified.

Here’s why this makes me so angry. We have the media and our leftist “betters” telling us that the border is not the big deal we think it is. We shouldn’t be worried about drug traffickers or terrorists slipping through. Gang members landing in cities across the U.S.? Keeping Customs and Border Protection along with ICE from doing their job, in the name of political correctness? Nothing to see here folks, move along!

Now we have the media telling us that Democrats and the Biden Administration are3 trying figuring out how to deal with some of the issues at the border. You see, it’s tricky because unraveling Covid policies is “complicated.”

Rolling back some of the policies, such as the so-called Title 42 border rule that allows for migrants to be quickly expelled, or student-loan forgiveness, has touched off intraparty fights, dividing progressives and moderates within the Democratic Party.

For Democrats, the administration’s handling of the Covid-19 pandemic could present challenges ahead of the November midterm elections, with many incumbent members of Congress facing vulnerabilities and Mr. Biden’s narrow majorities at risk. Republicans have stressed loosening most pandemic restrictions and a focus on immigration, a key GOP campaign issue.

Secure the damned border! It’s not that hard. But the Democrats would rather engage in fights over semantics instead of dealing with reality, hello Kamala! Which includes letting drug traffickers into this country.

What reality? Our border is wide open. We have NO IDEA who is in our country right now. We only know of the 42 terrorists caught in the last 16 months.

Forty-two people on the U.S. government’s terror watch list have been arrested attempting to enter the United States illegally since President Joe Biden took office, according to federal data obtained by the Washington Examiner.

The 42 arrests happened across the country, not just on the southern border, and include people who tried to enter the U.S. by illegally crossing the border, as opposed to coming through a port of entry.

How many more? No EFFING Clue. Nor do the agencies in charge of the border because they are stretched so damned thin, plus they are being demonized by the left, while the Biden Administration walks away from the problem.

A Republican delegation is headed to the border on Monday. I would HOPE that it’s not just a ‘look at meee’ dog and pony show. That is what we absolutely DON’T need right now.

What we do need for BOTH parties is a Gibbs Slap reality check upside the head.

Title 42 needs to remain in place. Our Border Patrol folks along with ICE need the resources, funding, and support that has been sorely lacking since January 2021.

Henry’s district is on the border and has been in the midst of this illegal immigration firestorm. Yes, there are other Democrats speaking up, such as Arizona’s Mark Kelly. However, I only believe Kelly is speaking up NOW because his seat is in danger and he’s realizing people in Arizona are very ticked off about the rampant illegal immigration.

Title 42 was a check and balance at the border. Now, we have none.

March was the worst on record for illegal crossings under Joe Biden’s watch, and it will only get WORSE once he ends Title 42 next month.

What kind of plan is in place after Title 42 is lifted? We have no idea. We DO know that DHS Secretary Mayorkas is “concerned” but other than that, if there’s a plan, it’s being kept on the down low.

Secretary Mayorkas is testifying next week. We’ve got some questions. pic.twitter.com/2N32qQMfDc

The Biden Administration is feebly lecturing us on how we still need to stay masked, the leftists are freaking out about how suddenly no one wants to believe Covid is the WORST thing ever, Shanghai is still in insane lockdown mode (which has prevented nothing and caused more problems), and what are they worried about? How to navigate the supposed tricky messaging of Covid, mandates, masking, and more.

Illegal immigration? No biggie because we were never worried about illegals, they don’t carry the Covid virus, therefore the Biden Administration didn’t force vaccines on THEM.

A Texas National Guard soldier is missing, feared dead. Why? Because Biden has thrown our borders wide open. Which has given rise to a major influx of drug traffickers crossing our border without impunity.

That soldier and family need our prayers. The illegal drug traffickers need to be deported ASAP, and Biden must be called out for his failures.

UPDATE: Yesterday, the news broke that 22 year old “Texas National Guard Specialist Bishop Evans, has been found. Please pray for his family, friends, and those he served with.