Illegal Immigration: 5 Heinous Crimes That Exhibit Why We Need the Wall 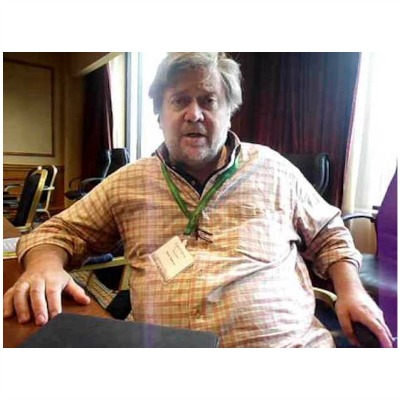 Next post
Steve Bannon Out at Breitbart, Galaxy Rejoices

Illegal Immigration: 5 Heinous Crimes That Exhibit Why We Need the Wall 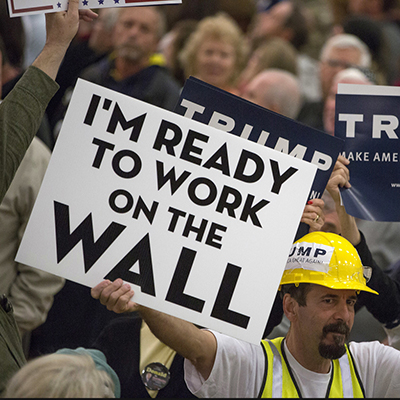 According to U.S. Customs and Border Protection, this past weekend yet another convicted child rapist was apprehended inside the borders of our United States. And yes, you guessed it, he’s here illegally. Rene Maldonado-Alvarado is among countless numbers of illegal aliens who’ve committed crimes inside our country. And they exhibit the very reason why President Trump must build the wall.

Here are five of the most heinous crimes committed by illegal aliens:

Kate Steinle has become the face of everything that’s wrong with our immigration system. Her murderer—and yes, I’m condemning him—was deported at least five times, only to sneak back into our country. He found “sanctuary” in San Francisco, and also a gun, which he used to kill Kate. To add insult to injury, this seven-time felon was convicted only on a gun charge, and then sentenced to time served. He now awaits federal gun charges that could imprison him for a decade or more. Jose Ines Garcia Zarate is the Number One Poster Boy for building the wall. Tall. Deep. And Unbreachable.

As noted above, Rene Maldonado-Alvarado has been deported multiple times, and he’s a convicted child rapist. He was found inside the United States. Again. He’s now in the custody of federal immigration officials. I vote we neuter him, with a dull butter knife, and toss him off the nearest mesa.

There are few more brutal gangs in existence. And despite what the Left would have us believe, MS-13—which is really a transnational terrorist organization—is a major problem in some areas of the United States. And the primary targets of its violence are often other illegal aliens. Exhibit A:

These are the kinds of degenerates the Left continues to protect.

Last year, Mexican National Miguel Rangel-Arce was convicted of trafficking methamphetamine in to New Mexico and the Navajo Nation. Rangel-Arce was one of eight other illegal aliens charged with trafficking drugs “between November 2015 and March 2016.” When they were taken into custody, authorities also found over two pounds of meth and ten firearms. The drug trafficking problem is immense.

Jeff Sessions: “Nearly 95 percent of confirmed aliens in our federal prisons are here illegally. We know based on sentencing data that noncitizens commit a substantially disproportionate number of drug-related offenses, which contributes to our national drug abuse crisis.”

President Trump plans to make the cross-country trip to visit border wall prototypes in San Diego, after he delivers his first official State of the Union address to Congress on Jan. 30 https://t.co/XdPmSGo3bs pic.twitter.com/iPQmb9J1kD

Martel Valencia-Cortez, from Mexico, is described as “one of the most dangerous human smugglers in the San Diego area.” He spent years in prison for both brutally attacking a U.S. Border Patrol agent with a rock, as well as three counts of human smuggling. Upon his release, he was deported back to Mexico. But Valencia-Cortez is just one cog in a massive, tentacled human-trafficking machine.

It is estimated that 17,000 to 19,000 foreign nationals are trafficked into the United States each year…Victims are lured with false promises of good jobs and better lives, and then forced to work under brutal and inhuman conditions. Victims of trafficking are exploited for purposes of commercial sex, including prostitution, stripping, pornography, live-sex shows and other acts. However, trafficking also takes place as labor exploitation, including domestic servitude, sweatshop factories, agricultural work and more. After drug dealing, human trafficking is tied with the illegal arms industry as the second largest criminal industry in the world today, and it is the fastest growing.

The Federation for American Immigration Reform has a substantive list of illegal alien crime you can review here.

Yes, vote-hungry liberals…here’s the Center for America Progress (that’s a warm and fuzzy title for “Commies”) admitting it:

"If Democrats don’t try to do everything in their power to defend Dreamers, that will jeopardize Democrats’ electoral chances in 2018 and beyond."
– Center for American Progress Action Fundhttps://t.co/BFW0nNQdC9

…will argue that the crime rate percentage among illegals is lower compared with American citizens. This is callous and immaterial. And even if it were accurate, which is highly debatable…IT DOESN’T MATTER. Because none of these crimes, and the lives snuffed out, would have occurred on our soil had these creeps not snuck into our country in the first place.

And build the wall.

There must be NO DACA DEAL without any of it.

COVID-19 Is Not The Hoax, Journalism Is