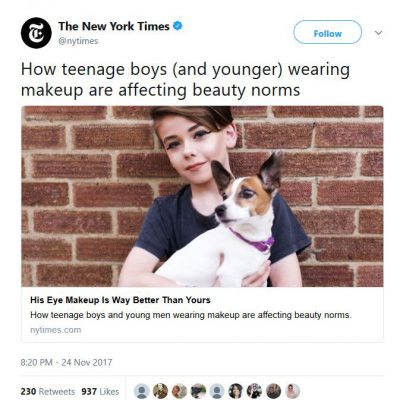 Previous post
NYTimes: Ok to sexualize children for the cause of genderqueer

Hypocrisy, Thy Name is Pelosi! [VIDEO] 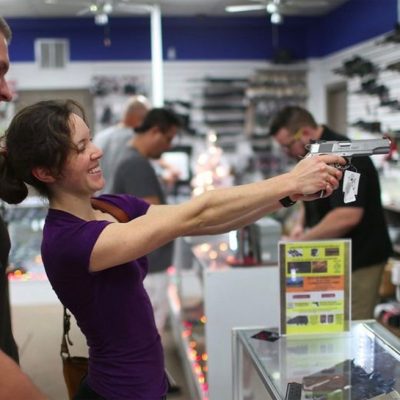 Hypocrisy, Thy Name is Pelosi! [VIDEO] 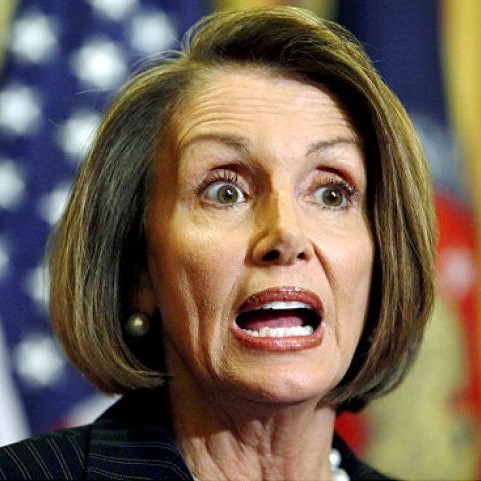 It appears as long as a sexual harasser, rapist, or groper is a Democrat,  Skeletor believes they deserve “due process.”

In an interview on “Meet the Press,” Skeletor deflected questions about John Conyers (D-ouchebag, MI) – the latest Democrat accused of sexual misconduct by urging “due process” before judging Conyers, because he’s “an icon” or something.

Conyers stepped down as the ranking Democratic member of the House Judiciary Committee today, while the Senate Ethics Committee investigates allegations of sexual harassment and other abuses of his female employees, who were apparently paid off with taxpayer dollars.

Conyers’ office recently confirmed issuing a settlement of $27,000 to a former staffer who says she was fired for resisting the congressman’s sexual advances. Conyers has acknowledged the payout, which he said amounted to a severance package, but he denied the allegations about what it was for.

The payout from Conyers’ office first became public in a report published by Buzzfeed on Monday, and came after a number of men in powerful positions in politics, entertainment and media have faced public accusations of sexual harassment. The accusations have opened up a national conversation about how women are treated in the workplace by men in positions of power.

In the same interview Skeletor dodged the questions about whether or not she believes Conyers’ accusers, claiming she has not seen them, doesn’t know who they are, and wants to see how the Ethics Committee investigation plays out.

This is the same Pelosi who also refused to condemn a foul joke about Kellyanne Conway made in March by fellow Democrat Cedrick Richmond, who implied Conway looked at home on her knees, but who called Roy Moore a “child molester,”even though allegations against him have not been proven, and who publicly claimed just last month there should be “no tolerance” for harassment in the workplace. 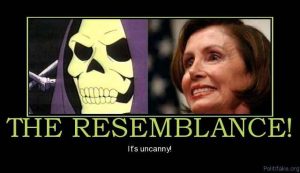 Obviously, this only goes for Democrats and for scumbags outside Washington. If you’re a scumbag who is not a liberal “icon” per Skeletor’s definition, you are to be roundly condemned. Because apparently all animals are created equal, but some are more equal than others.

If you’re a Democrat, you are apparently entitled to “due process,” even though this is a legal definition that has nothing to do with the accusations leveled against Conyers, and even though his office has already admitted paying off at least one accuser.

If you’re a Democrat and an “icon,” your accusers aren’t to be believed unless Skeletor knows “who they are.”

Weirdly, Pelosi seems to think that an Ethics Committee investigation is somehow an adequate consequence for Conyers’ alleged actions and that this process is sufficient to uphold her claims of zero tolerance for such behavior.

Zero tolerance means consequences. I have asked for an ethics investigation, and as that investigation continues, @RepJohnConyers has agreed to step aside as Ranking Member. No matter how great an individual’s legacy, it is not a license for harassment. pic.twitter.com/H5ikWy1iqT

If the House Ethics Committee is anything like the Senate’s panel – an “ethics committee” in name only – that so-called “consequence” is pretty light.

Historically, the committee has interpreted its jurisdiction in very narrow terms, often punting on the hard questions and gaining a well-earned reputation as a black hole where ethics allegations go to die.

No wonder Franken was so quick to suggest an Ethics Committee investigation against himself after the initial allegations by Leeann Tweeden! He likely knew said investigation would go nowhere, but the suggestion certainly would play well in the public eye.

It’s not like it’s the first time Conyers has been investigated by the Ethics Committee, either.  Earlier this year, the panel was investigating the possibility that Conyers violated House rules when he paid aide Cynthia Martin more than $50,000 for work she did not do last year. As of August, the panel was still “investigating.” We haven’t heard of a resolution to this matter; have you?

So, it appears as long as you’re a Democrat, Pelosi will defend you publicly and ardently.

If it weren’t for double standards, Skeletor would have no standards at all.